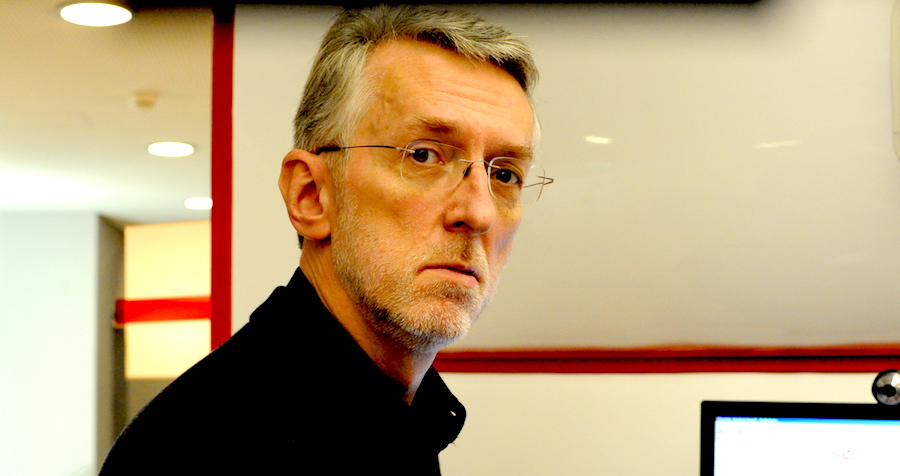 Over the last ten years, I’ve been involved in an ongoing debate with the prominent blogger and social media personality Jeff Jarvis about the impact of the internet on democracy. Jarvis is the author of the bestselling book What Would Google Do as well as the New York City based director of the Tow-Knight Center for Entrepreneurial Journalism at CUNY. And he’s one of the internet’s most articulate cheerleaders, who has—over the last decade—consistently argued that the digital revolution has enriched democracy.

So, to kick off our conversation at his Manhattan office just off Times Square, I asked Jeff if he was now ready to acknowledge that the internet had done more harm than good to democracy.

As I said in my intro, Jeff and I have spent the last ten years debating the merits of the internet. And while we don’t always agree, the tone of our conversation has always remained civil. Perhaps that’s what he means when he defines democracy as a “conversation.” Jeff is right, I think, to describe this democratic conversation as both “loud and messy.” But democracy would certainly be in a better state if our conversation on social media could somehow combine this loudness and messiness with a degree of civility.

And that, of course, is why good journalism is so essential to a viable democracy. Jeff’s definition of journalism as a conversation—which he is pioneering at CUNY—is the kind of innovative approach which, I think, we need. What he seems to be doing is rethinking journalism so that it educates communities into civic discourse. “We are relearning how to have a conversation,” he says about the journalism students he is training at CUNY. And these students will, I hope, come out of CUNY able to provide the “fact stacks” to educate communities into having civic discussion.

So what to make of Jeff’s point that it’s too early to judge the impact of the internet—what he calls a “connection machine”—on democracy? It’s an interesting position. Yes, he’s right to compare the historical significance of the digital revolution to Gutenberg’s 15

th-century invention of the printing press. And he’s right to underline that the disruptive impact of this technological revolution lasted several centuries. But that doesn’t mean we can’t make a judgment now in the early stages of the digital revolution. In the long term we are all dead, Keynes quipped. So it’s important to have the conversation about the impact of the internet on democracy now. While we are still alive.

Jeff’s analysis of populism as a rebellion of “old white men who are threatened by technological change” is intriguing. And given that he defines the internet as the medium that enables the new voices of movements like Black Lives Matter and Me Too, it is—by definition—progressive. The problem with this argument, however, is that reactionary old white men like Steve Bannon and Donald Trump are actually very skilled at using the internet to build their movements and distribute their messages.

What I really don’t buy is Jeff’s focus on gender or racial identity as the essence of democratic renewal. At the end of our conversation, he proudly waved his Kamala Harris cap as a kind of an adieu to the rule of old white men. But I fear that this kind of identity politics will actually corrode democratic conversation. After all, if we are essentially defined by our genders and race, then what kind of conversation will we all have? Not a very civil one, I fear.

Hope you enjoy this week’s episode with Jeff Jarvis, you can find out more about him at these links. 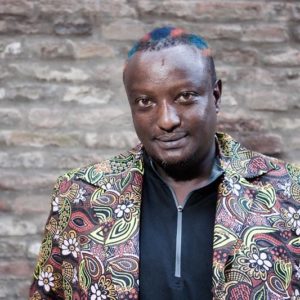 I had two first meetings with Binyavanga Wainaina. The first was when he joined Carey Francis House (CF) in Lenana School...
© LitHub
Back to top