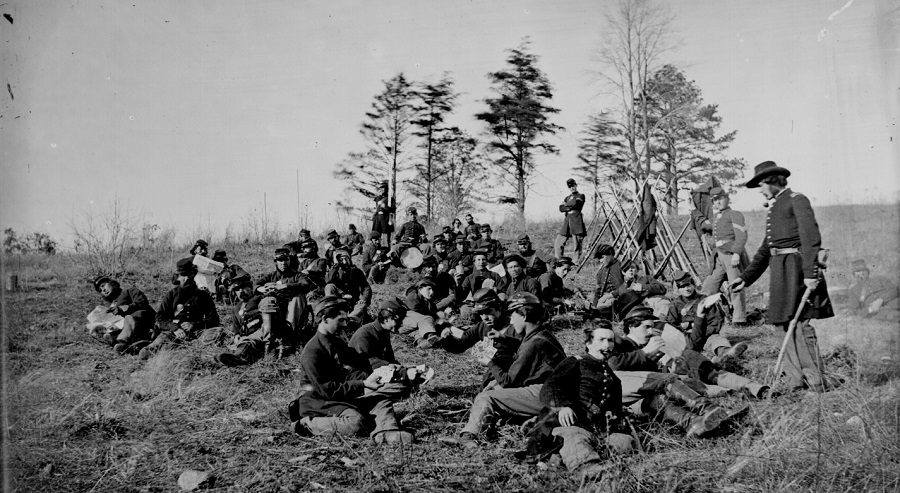 Roxana Robinson on Capturing Her Great-grandfather in Fiction

The story was a good one: Francis Warrington Dawson came from England to fight for the Confederacy. After the war, he stayed on; later, he became editor of the Charleston News and Courier.

Dawson loved the South, but didn’t always agree with it. He had strong opinions. For a time he throve and prospered, and then he did not. The story was about the South, and race, slavery, and violence. I knew about it because Dawson was my great-grandfather.

The story opens with a man waking from a nightmare about dying, on the morning of his death. This had actually happened, and Dawson’s wife Sarah had set it down, so her children would know what happened on his last day.

When I was writing the biography of Georgia O’Keeffe, it seemed that in some ways writing a biography was an easy version of writing a novel: you were given the characters and the plot; all you had to do was set down the story. (Oh, and do the research.)

It’s a fact that the biographer and the novelist share certain intentions: both want to chronicle the life of a particular person. Both want to show the drama and urgency of this life, its complexity and importance. Both must set down facts and specifics, fixing place and time and person. Both must create a character that’s vivid and compelling. Both must create the interior and exterior locus of the subject’s life.

But here they part ways. The biographer must do more than present her subject, as he leads his own life. She must create context, that grand landscape in which he worked – political, artistic or scientific. In biography, this context is just as important as character, because the subject has a connection to the larger world: his accomplishments will have influenced history.

The way the words are set down is as important as the story itself.

None of this holds true for the novelist. In the novel the larger context can blur into invisibility: the protagonist is significant because of his private life. The complexity of his mind, the urgency of his passion, the nature of his relationships and the qualities of his character will form the glowing nexus of this book. His world is based on intimacy, and though his professional life may be part of the narrative, it’s his personal responses that make this book important, his immediate relationships to the people in his world. Style is important here: the biographer will rarely be criticized for journeyman work, but this is not the case for the novelist. The way the words are set down is as important as the story itself.

But perhaps the greatest difference between the two forms concerns self-knowledge. In a novel, the protagonist’s intimate awareness of himself develops during the course of the narrative; it is one layer of the narrative itself. His path toward self-knowledge is not known; in fact the novelist must hack her way through the brush to create it. Everyone treads that path together, the writer clearing the way, the protagonist learning with each step, and the reader learning along with him. The novel may consist entirely of a series of epiphanies, small surprises that move the narrative forward.

None of this is true in a biography. The reader knows in advance what will happen; she wouldn’t have picked up the book to read if she didn’t already know its story. The point of the book is not self-knowledge, but informed narration. The biographer’s subject is driving toward a known goal; the biographer’s task is not to hack out his path but to illuminate it.

When I decided to tell Dawson’s story, I hadn’t decided which kind of book to write—biography or novel. The narrative is about real people, and the story is complex and dramatic.

There was lots of source material: letters, diaries, journals, editorials, and sworn testimony. My great-grandmother—Sarah Morgan Dawson—was a good writer, smart and observant. She wrote essays for the newspaper, and Civil War diaries, which were later published. There were letters, too, and reminiscences. Frank’s writings were copious—twenty years of editorials, a book of war reminiscences, as well as letters to his family and to Sarah during their courtship and marriage.

The documents were varied and fascinating, and I wanted to use them. I didn’t want to substitute my words for theirs, to use my paraphrases of their vivid and personal accounts. So there were good reasons to write a straightforward biography.

But there were also good reasons not to, and to write a novel instead.

Maybe the most important was dialogue. A biographer can’t create dialogue, because no one actually knows what was said. People remember the sense, but not the words. Dialogue is one of the greatest writing tools we have: subtle, elegant, potent. Dialogue is where conflict reveals itself, where emotion emerges, where passion and intelligence shine. Dialogue illuminates great novels.

Also, the novelist can slip easily inside the mind, in a way that the biographer cannot. The novelist can note private thoughts. She can create interior monologue, that priceless form of self-interrogation. Without the soliloquy how would we—or Hamlet—ever know of his ambivalence? But the biographer is forbidden this meditative interlude; her version can only be speculative. “He must have thought” is a weak and pallid substitute for the authoritative declaration, “He thought.”

A book’s origin is always mysterious: who knows what spark will suddenly ignite such pyrotechnics? My spark had been a particular event, one that took place at the end of my great-grandfather’s life. His death, in fact. This was a departure for me. My other novels emerged from something that troubled and confused me; I wrote them in order to explain things to myself. Each was kind of a thriller, because I didn’t know how it would end. The narrative arose from the problem, the characters, and my own urgency. This book was different: I wanted to investigate an ending I already knew.

A biographer can’t create dialogue. People remember the sense, but not the words. Yet dialogue is one of the greatest writing tools we have.

So in some ways this was like a biography: I had the original sources, and I had the story. In some ways, it was like a novel: I knew what the characters had done, but I still needed to learn what they had thought and felt, and why. It was more difficult because it had taken place in the foreign country of the past. Yet I had some understanding of these characters, partly through the empathy that all novelists work to achieve, and partly because these people were my ancestors. Family culture is passed down through the generations, so I know them as I wouldn’t know strangers. I know their ways of thinking, of looking at the world.

I wanted elements of both forms. I wanted to allow these characters—even the minor, crazy ones—to speak their own words. I couldn’t bear to lose the wonderful written material. But I also couldn’t bear to lose the thoughts of these characters, thoughts that only the novelist could provide. Thoughts I knew from their writings, and from their relatives and descendants, one of whom was me.

I decided to use both the biography and the novel. In my text I set them side by side, sliding back and forth between the omniscient narrator and the voices of real people, speaking in letters, editorials, diaries and testimony. I wanted to include a wider group of characters than I’d have dared otherwise. How would I have known how a man would plan the burglary of his brother, without his recorded statement? What about how a black man who’d witnessed a racial massacre? I wanted to put their actual words on the page.

It ended up as a hybrid form, a biographical novel. These are real people, and real events, but I’m a novelist. I’ve given you their thoughts as well as well as their letters. I’ve watched them learn about themselves, as I’ve learned about them myself. I hadn’t understood Dawson’s state of mind at the end of his life until I wrote that scene, though I’d been thinking of it during the five years it took to write the book.

Dawson’s professional life touched our national history, and he was caught up in the moral struggle of the South after its devastating war. He, like the South, was grappling with issues of race and slavery and violence. His personal life was caught up in the domestic struggle that life imposes: he lost his first wife to illness. He adored his fragile, spirited second wife and their two children. He grieved for their third, who died as an infant.

I wanted all of this in the book. I set down my subjects’ words—clear and forceful, loving and furious, bold and resentful—in their voices. And I set down their thoughts—intimate and fleeting, shameful and brave, joyful and remorseful—in my own.

I hope it works. 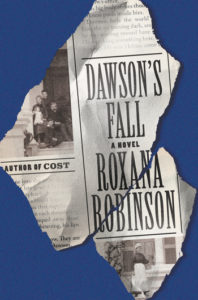 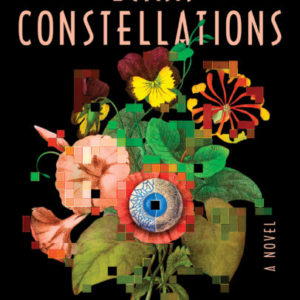 The key to successful technology consists of convincing addicts that the future’s heart beats within it, that its mere...
© LitHub
Back to top
Loading Comments...