TODAY: In 1906, Poet Laureate of the United Kingdom John Betjeman, who described himself in Who’s Who as a “poet and hack,” dies.

Also on Lit Hub: But you don’t look trans: A tale of microagression • “Boccaccio: The Plague Years”: A poem by Rita Dove • Read an excerpt from Daisy Johnson’s new novel Sisters. 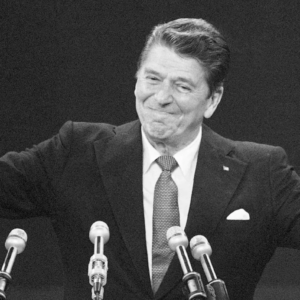 In June 1980, Dick Wirthlin completed an unprecedentedly detailed 176-page week-by-week plan for selling Ronald Reagan to the nation....
© LitHub
Back to top