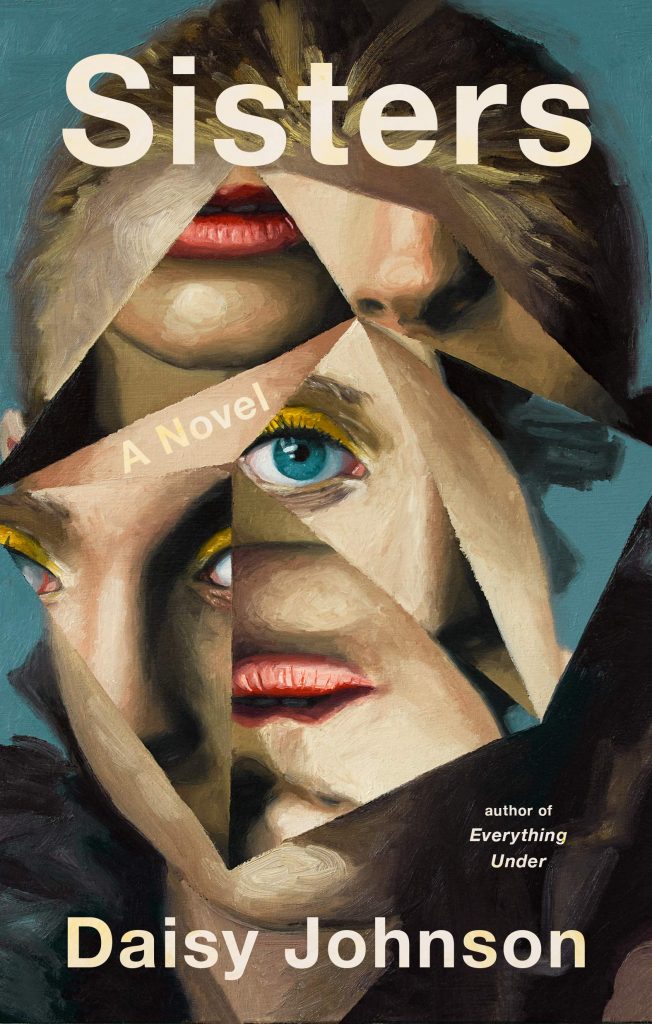 The following is excerpted from Daisy Johnson's new novel, Sisters. Johnson is the youngest author ever shortlisted for the Man Booker Prize, with her first novel Everything Under in 2018. Her short story collection Fen, received the 2017 Edge Hill Short Story Prize. She lives in Oxford, England.

Sleep is heavy, without corners, dreamless. I wake to the light through the curtains, roll over, doze once more. I keep almost making it out, struggling, falling back under. My throat is dry like sand. I swallow and swallow. Peel myself up. The clock over the doorframe: twelve o’clock. Half the day already gone. My chest is sore and when I peer down there are red marks around my breastbone. September is not in the top bunk. I go down into the kitchen and stand with my face underneath the tap drinking down great gulps and then stand still, listening for movement. September? No answer.

I go into the sitting room. There are the leftovers from our night, the pillows pulled onto the floor, our water glasses, the laptop balanced on the arm of the sofa.

September was my sleep shadow. We were ten or eleven. I would be woken by the light from the fridge, which I had opened in my dream, or the cold from the window I had jimmied wide, and she would be behind me, hands on my shoulders, leading me back to bed. For a year it was bad. The seam between sleep and waking grew thin. I would come out of a dream about something hanging from the ceiling and it would still be there, about to drop. The days flooded with dream logic. I would think that I had lost something and spend hours looking halfheartedly for an object I had never even owned. And always September would be there, hushing me as I woke already screaming, searching with me for the mysterious lost item. I became afraid. I grew convinced that sleep was a land of its own and if I opened the door and went into it nothing good would ever happen again. Often the supposed consequences would have to do with September. If I went to sleep September would leave. If I went to sleep September would die from electrocution or drowning or fire or being buried alive. We spent a lot of time on the internet trying to work me out of my fears. The fear of being buried alive is called taphephobia; the fear of water is aquaphobia; the fear of electric shock is called hormephobia. I got good at sleeping for as little time as possible. Dreams were tangles, dreams were marshes, dreams were the coffin our father was buried in. By the end of the year the fear had begun to run itself out and I could sleep again. We built routines to help: soak your feet in hot water when you wake to wash away the dreams, brush your hair before you go to bed.

The last time we were in this house was the year I did not sleep. We came for a season. Mum was sick, took three pills a day, slept a lot. The year before September had insisted we merge our birthdays into one day and so it didn’t matter, really, how old we were. We went to the beach and Mum slept on a blanket and we made sand castles, buried each other up to the neck. Sometimes Mum would wade into the water and I’d hold on to her front and September on to her back and we’d ride the waves, swallowing foam, yelling at the cold. Sometimes we would drive to the nearest town and the three of us would share fish and chips, the sting of vinegar, the crust of salt. At the house Mum would rub lemon juice into September’s hair so that it glowed whiter than ever.

Some days Mum was better and some days she was worse. We both got used to seeing the signs.

We played games in the dark. Our eyes grew accustomed to the lack of light and we could move around the house without bumping into anything; that was the first game. The second game was called September Says and was one we had stolen and changed. September was in charge and I was the puppet and had to do whatever she said. If she said September says stand on your head or September says write your name on the wall in permanent marker then I had to do it. If she said stand on your head or write your name on the wall in permanent marker then I wasn’t allowed to do it and if I accidentally did then I would lose a life. Most games I had five lives and after I’d lost all of them something would happen, although every game the thing that happened would be different and it would always depend on how September was feeling that day. It was not really about the lives or about winning or losing; it was about playing the game.

We played September Says almost constantly when we were in the Settle House that last time. In the daylight the things I had to do were easy: September says do a roly-­poly. September says cross your eyes. Turn around on the spot, you lose a life. As the day drained away the tasks would get harder: September says cut off your fingernails and put them in the milk. Cut off all your hair. September says lie down under the bed for an hour. Run into the road. September says put all your clothes in the bin and stand in front of the window. Put this needle through your finger.

It was a good game. We played it the entire time we were at the house, but after we left it didn’t feel right and we stopped.

Some days Mum was better and some days she was worse. We both got used to seeing the signs. September used to say that she wished Mum wasn’t there so it could just be us but I liked it when she was around, when it was the three of us. I liked it at the Settle House when we went for walks along the cliffs all together and Mum would tell us the names of the plants we could see or the plots for the story she was thinking of writing. September liked it best when it was just the two of us but I liked it when we were three, hand in hand, Mum in the middle, swaying our arms.

When Mum was having a bad day we kept out of her way; sometimes she wandered around the house as if looking for something, but one evening we were playing and heard her as she went downstairs, out the front door. We watched from the window as she got into the car and drove off. It had happened before and so we knew she would be back.

I wasn’t sure what to do but I stretched out my arms and my legs and curled myself round to try and make walls and cupped my hands to make little porthole windows and I swung my arm to show that the door was opening and closing. I laughed.

September says don’t laugh, September said. She crawled onto my lap and tugged my arms around her like the walls of the house were closing around her body and we stayed that way for a long time, even though I got pins and needles. At some point the house grew legs and hid from her and she chased it.

It got dark and we looked for the car out the window, watching for headlights across the hill.

Then, a moment later: There?

We pretended to be trees growing through the floors of the house, birds in the trees, mice in the walls.

Listen, September said later and we ran to the window and she was right, there were headlights coming, four eyes, throwing different parts of the road and the fields into view. We watched them coming and then got onto the mattress in our room, pulled the duvet over our heads, held our breath. There had been four headlights and then there were four feet, on the stairs and pausing outside our door and then going on toward Mum’s bedroom. We rolled onto the floor, crawled out into the corridor.

Outside her door we listened for a long time, shushing each other, flat on our fronts. The noises were so strange, like listening to animals we did not know existed. I could feel the cold floor under me; my knee was itching. My eyelids flickered between sleeping and waking but when I looked at September she was unblinking, barely breathing. How could it be that one moment you knew nothing and the next you knew everything? The house took the noise and grew it louder, tunneled it toward us. I thought I could make out Mum’s voice but I couldn’t be certain; it could have been another woman, one we did not know. There was a man’s voice too.

A cough rose in my throat and spilled over; September grabbed my hand and we got up and ran back to our bedroom and got into bed and lay there, not moving.

The next day September said that everything felt different and I couldn’t decide if she was right or not. She said it was not a small change but a heavy difference.

Excerpted from Sisters by Daisy Johnson. Copyright © 2020. Reprinted with permission of the publisher, Riverhead Books.

Behind the Mic: On Paper Girls by Alex Smith, Read by Tim Bruce 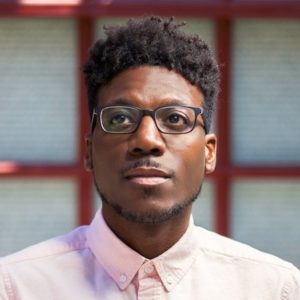 Edward Farmer on Capturing Greenwood, Mississippi in Fiction It’s 1966, and Bernice’s husband has either died or abandoned her. Her brother Floyd invites her to join him as a servant...
© LitHub
Back to top