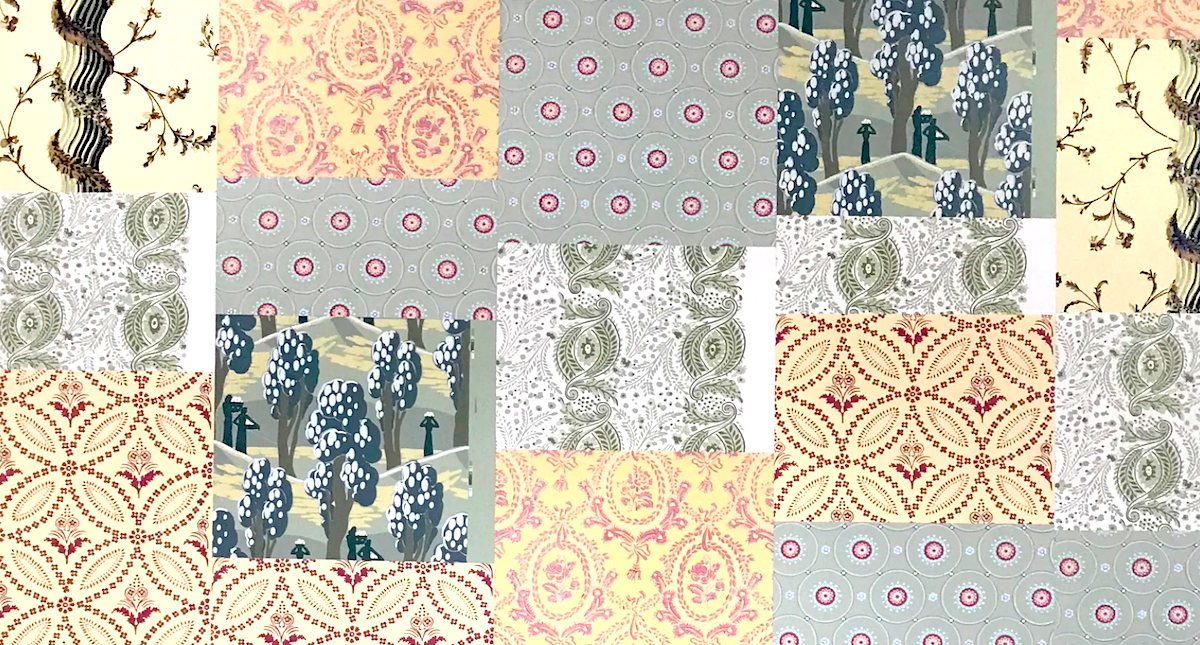 The other day, I moved into a new apartment. I went to buy myself flowers to put on the dining room table. While I was buying flowers, I couldn’t help but think about Virginia Woolf and Mrs Dalloway, in which the titular character famously buys flowers for a party. I wasn’t having a party obviously, it’s a pandemic. I wanted to make the apartment seems lived in and joyous to myself. This was quite unlike me. How middle-aged! I thought.

My favorite characters in Woolf’s novels are the middle-aged women. The young women are lovely and slightly oblivious. When you are twenty, you think, this is it, I have come of age, this is who I will always be. I will be pretty and untested by the universe until the end of time.

While she is walking through the city, Mrs. Dalloway observes a group of young women and ponders that they are not even feeling half of what they are going to later on. It’s true, I had no idea at that age just how profoundly emotional older women could be. Worse things happened to me as a child, but my capacity for feeling is so much deeper now that almost anything can seem tragic.

I had lived in the apartment I left for close to two decades. It was a dingy and moldy railroad apartment on the ground floor of the busiest street in the neighborhood. Sure it had lovely Victorian touches, and charming wallpaper, but I also discovered a rat skeleton in the base of my chandelier. I had moved to a quiet three-floor renovated apartment in a more upscale neighborhood.

One of the best things about moving is throwing out your old stuff. I felt as though I were tossing out my old selves. I was happy to escape all the Heathers who had lived in the last apartment. I knew they would come back for me, but I had escaped for a bit. They were wandering around the neighborhood, looking for my present self.

There was Heather who first moved into the apartment was in her twenties. It was low rent, and because it was in a hip neighborhood, such a find. She dressed to the nines in a tuxedo from the thrift store, riding around on a ten-speed bicycle. She would write poems on the back of paper placemats at the diner and deem them works of genius. She read them out loud at bars. She had a different boyfriend every three weeks. Surely older women like Mrs. Dalloway noticed my joy and thought, let her have it for now.

I wanted to make the apartment seems lived in and joyous to myself. How middle-aged! I thought.

There was Heather as single mom. The apartment was always a disaster as she struggled to work and raise a little baby. She was broke all the time. She dressed her baby in clothes from the free box at the community organization. Being in the apartment with the baby always made her feel trapped and as though her life were over. They ate Chinese food in the park together. They watched a puppet show that was being put on in the back of a van. A small neurotic puppet stepped out from the back of the curtain, assessing the world before stepping out. I was as fascinated by the biography of this puppet as my baby was. There are babies and children all over the novels of Virginia Woolf, they hang off their mothers’ skirts, but can never truly claim them.

There was Heather in love with someone who offered her nothing in return but contempt and criticism. He once offered her a bag of his ex-girlfriend’s t-shirts and said he would like her to wear those clothes instead of her own. He took her to a hairdresser’s and made her cut her hair. He told her all the time no one liked her. She ran around the apartment tidying it up all the time, hoping to make him content. But he came home and broke her things, smashed holes in the wall, and screamed until Heather cried. This wasn’t a relationship that could find itself in a Woolf novel. Instead it was a sort of post-war absurdist play. It was not a space for a woman to be.

There was Heather who published a book. She had been working on a novel inspired by her childhood for seven years. Virginia Woolf wrote that for a woman to write, she must have a room of her own and an income. But Heather wrote all over the place, in stolen moments. She wrote on the bus. She wrote at the side of the wading pool with her feet in the water. It was the first of her projects that turned out to be a success. She suddenly had a little status in the world. People stopped asking her over and over again what it was she did for a living. And she left her boyfriend.

There was Heather who was blue. It was as though a spider had crawled into her brain. It laid a hundred eggs, each of which hatched into its own particular anxiety. She became very much like the mad shellshocked poet in Mrs. Dalloway. It became difficult to lift a fork up to her mouth to eat. Everything had horrid poetic significance. Baths made her feel as though she were drowning in the sea. That Heather wondered, What did it mean to be alive in an objectified body? Hers was a body exhausted by trauma. She had been abused on a daily basis as a child and had been mistreated by men as a young woman. She didn’t know what it meant to be an adult woman with the type of history she had survived. How could she feel pride and self-sufficiency in such a vulnerable state? Isn’t it normal to be suffering PTSD as a middle-aged woman?

In Woolf’s novels, time and identity is never linear. It is layered and fluid. Your childhood self is always so present, it is almost painful. The consciousnesses of people intertwine. Someone walking onto a bus effects the daydreams of everyone else on it, like throwing a stone in a pond.

When I am upset each of those Heathers react to the event in a different way. I like the way the Heather who was a spoken word poet articulates rage in certain instances. In the same way, whenever I feel joy, every one of those Heathers has its own reaction to it. When good things happen, the Heather who loved puppet shows stands up and applauds. That is why you feel so much as you get older. Each self is a different sort of instrument, and they perform a dirge or ode to joy together.

I walked into my beautiful new pristine apartment, and I thought: I now have a room of my own. It wasn’t about the physical space. It was the space in my mind. And, of course, Woolf also meant the “room of one’s own” to be a figurative space. Women are outsiders in Woolf’s work. They exist in dangerous spaces. She references Mary Hamilton, a lady-in-waiting in a 16th-century ballad who is awaiting execution for murdering the child she has with the king, a woman who lived outside marriage and rejected motherhood. Woolf links this to the dangerous spaces women writers inhabit. They might be condemned or crushed in any of them. Certainly none of the spaces provided by men are conducive to allowing women to create and succeed. They are outsiders. They must build a different sort of room on their own.

I put the fresh bouquet of flowers on the table. How strange to be welcoming myself into this apartment. I was going to spend the night alone. And I felt so safe. There is a certain loneliness that is the price of freedom.

And then I opened the window. The pandemic had made it dangerous to eat and drink inside, so the restaurants had put all their tables on the street. The café from the shuttering theatre across the street was serving pizza. People had their dogs tied to the legs of the tables. Everyone was dressed in pretty dresses and red high heels.

The sounds of people babbling, their words gurgling like a happy stream, came into the apartment. The sound of the utensils struck the plates like children hitting symbols in an orchestra. One of the restaurants brought out their sound system to the middle of the street. From the speakers French songstresses sang one after the other about men they had left. All that heartbreak put me in a good mood.

Heather O'Neill is a novelist and essayist. Her works include Lullabies for Little Criminals, The Lonely Hearts Hotel, and When We Lost Our Heads. She lives in Montreal.

Learning to Appreciate the Small Things From a 1,000-Year-Old Japanese Writer

Learning to Appreciate the Small Things From a 1,000-Year-Old Japanese Writer