The Author of Natural History in Conversation with Juan Toledo

After just two novels Carlos Fonseca has already established himself as one of the most interesting and ambitious young writers working in Spanish today. His second novel Natural History is a tour de force, an expansive investigation of mimesis, tedium, and the line between art and reality, propelled by an intriguing, polyphonic plot structure. A disciple of the great Argentine writer Ricardo Piglia at Princeton, Fonseca now teaches literature at Cambridge, and was kind enough to answer a few questions about the new novel.

Juan Toledo: You have written a novel almost as long as A Hundred Years of Solitude and just a bit shorter than Cortázar’s Hopscotch. What compelled you take on such an epic, conceptually complex novel?

Carlos Fonseca: I have always liked long novels: from DeLillo’s Underworld to Perec’s Life: A User’s Manual. In the case of Natural History, the novel comes out of a collection of stories I knew I wanted to tell separately, without realizing that they all belonged to the same narrative universe. Stories that started accumulating throughout the years—the story of the underground mine fires, the story of the designer obsessed with the animal kingdom, the story of the half-built tower full of squatters—until, at some moment, they seemed to fit perfectly within a broader narrative, like pieces in a puzzle. I think I like long novels because they offer us the possibility of exploring how different fictions interact between themselves.

And, with regards to the conceptual aspect of the novel, I think it comes from the influence a certain group of conceptual writers have had on me: from Borges to Calvino or even Perec, reaching all the way to writers like Ricardo Piglia, Maggie Nelson or Enrique Vila-Matas. I like, in this sense, DeLillo’s quote: “Writing is a concentrated form of thinking.” I think it is at that point—halfway between art, philosophy and literature—where some of the most interesting writing is being produced right now. The epic aspect came later, from the fact that I wanted to tell the story of journey: the story of a family that, like those 19th-century European travelers, goes into the jungle looking for meaning or at least a revelation, just to find a great void.

JT: What sort of connections or divergences do you see between art and reality, and between literature and history? Or, rephrasing the question: is art another way of constructing “reality”? And can literature be thought of as a branch of historiography?

CF: While I was writing my previous novel, Colonel Lágrimas, I became very interested in the work of Chuck Close, the neorealist American painter. What I like about his work is that, departing from the logic of the pixel and the photographic portrait, he is able to show that there is nothing more artificial than realism. Art constructs reality through the circulation of simulacrums and fictions. In a way, similar concerns appear in this novel, although in a different way. Here the debate has more to do with what is now known as post-truth and fake news, but which already in the 1960s had been well thought out by a group of Argentine artists called the Art of the Media Collective, who were able to show that the press constructs that which we call reality. I think that we live, today, in a world within which, if we zoom in, we always find a pixel. And that is also true for history, which is perhaps the most extravagant of our fictions, or at least our most daring story.

The story of a desire is usually the tale of its failure.

JT: Your novel is full of nods to other writers: to Piglia, to whom you dedicate the book; to Borges, who you reference towards the end of the novel; to Sebald whose title “On the Natural History of Destruction” is used as a central idea in the second half of the novel and whose presence is felt throughout the book even aesthetically, with the use you give to photographs at the beginning and at the end of the book. However, I believe that perhaps the greatest influence of them all might that of the Argentine writer Juan José Saer and his idea of the “impossibility of narrating a story” as he states in his novel “Nadie, nunca, nada.” I see that influence in the way you attempt to narrate the same story from different angles. How much of Saer is in the novel beyond the epigraph?

CF: Yes, the novel is in a way a tribute to many writers that have influenced me: through it I tried to come close, not to say mimic, the style of various authors I admire. As you say, there is Piglia with the detective structure, Borges with his conceptual games, Sebald with the ruinous view of history. I thought it would be interesting to try to tell the story through the voice of other authors, within a novel that is mainly about the art of camouflage and animal mimesis.

In the case of Juan José Saer, whose work you mention, I think his centrality lies in those great words which I quote in the epigraph: “The unknown is an abstraction; the familiar a desert; but what is glimpsed, the perfect site for desire and hallucination to unfold.” That quote helped me think about the place of Latin American within the European and North American imaginary. I became interested in thinking how, through colonial history and up till today, the North has projected its fantasies upon the south, as Herzog so well depicted in his early movies. Starting from there I started to write, conscious that—as you say—the story of a desire is usually the tale of its failure and that, against the impossibility of telling a single story, literature opens up to the multiple possibilities of language.

JT: Though Natural History can be read as a wild tale framed by obsessions and bizarre and unexpected stories, there is an element of tedium that feels like a recurring motif. What relationship do you see between the epic quality of the novel and the absence of action? Do you think tedium has a historical and literary value?

CF: There is a phrase by Walter Benjamin that appears hidden somewhere in the novel which says: “Boredom is the dream bird that hatches the egg of experience. A rustling in the leaves drives him away.” I have always liked that quote precisely because I have always liked narrating tedium or ennui: to tell the story of what happens when nothing seems to happen. It is what Goncharov does in his great Óblomov, what Huysmans does in Against Nature, what is staged once and again in the works of Beckett. I think that the novel as a genre emerges against this tension between epic and tedium. Don Quixote is, at last, nothing but an old man who, in order to escape boredom, looks for adventures in the old chivalric books.

JT: Throughout the novel, but particularly in the fourth part, the tropical jungle appears as the backdrop for the narrative. But rather than holding fascination or mystery or exoticism, the jungle is written as a kind of boring place, a location of exploitation and tedium. Is Natural History an attempt to rewrite, at least in a way, the perception the world has of Latin America as a natural paradise?

CF: Since the colonial period, Latin America has been seen primordially in two ways: either as the natural paradise that hides the cures for the maladies of the modern world or as a natural space ready to be exploited and its resources to be exported. In Natural History I wanted to unmask the true face behind that first utopic ideal in order to show how behind it lies the true political reality of a region that has often been exploited and ruined. A region that is full of failed utopias but that still has a strong political voice, as is portrayed through the character of subcomandante Marcos and the role Zapatism plays in the novel. Latin America, as you say, is a region that is begging to be rewritten.

JT: Tell us a bit about the character of Tancredo, who reminds me of Voltaire’s Candide making fun of Dr. Pangloss. Is Tancredo a skeptical voice, perhaps even yours, attempting to unmask the farce of it all? And if not, what role do you think he has within Natural History?

CF: Tancredo is a sort of comic relief, a sort of Sancho Panza that accompanies the narrator, although in this case he doesn’t bring him closer to common sense but rather directs him towards crazy theories and wacky metaphors. As you say, this is a character that allowed me to question the purely tragic aspects of the story, unmasking the farce that lies behind it. It is a character that I based on some funny friends, who always prove capable of turning anything into theories and jokes.

JT: Natural History has been translated by the great Megan McDowell, translator of authors such as Alejandro Zambra, Lina Meruane, Samanta Schweblin and Mariana Enriquez, a list that reads almost like a new canon. Can you tell me a bit about that experience?

CF: It is always truly wonderful to work with Megan. She translated Colonel Lágrimas, my previous novel, so we already know well how to work together. In this case, however, it was quite special. I think one never finishes editing or writing, so we took the opportunity to rework certain aspects from the Spanish edition, to polish certain bits, to even change the title: we choose Natural History instead of Animal Museum. To some extent, we began thinking of translation as a rewriting and I think that is what translation is always about: not only faithfulness to the original but a continuation of a writing process that never stops, or only stops—almost arbitrarily –  when the book gets finally published.

JT: Just to finish: do you think that one could write, like a conceptual art piece, a novel composed solely of quotes?

CF: I think that, to some extent, that would be the ideal. Enrique Vila-Matas already imagined it in his novel Montano’s Malady and way before that Walter Benjamin imagined his Arcades Project as a book composed solely of quotes. It’s a nice project: to search for one’s voice in the voice of the other. I like that idea of literature as ventriloquism and it ties nicely with the notion of camouflage.

Juan Toledo is a London-based literary critic and podcaster.

But You Don't Look Trans?
A Tale of Microagression

On the Brink of War: A View of North and South Korea in 1950 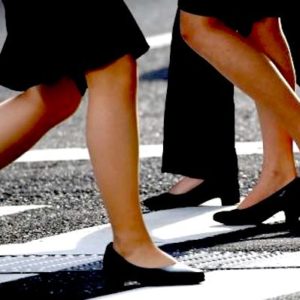 But You Don't Look Trans?
A Tale of Microagression

It was the second week of grad school, and I nervously followed my professor into her office. Outside, the September afternoon...
© LitHub
Back to top