TODAY: In 1625, French playwright Thomas Corneille, is born; above is a publicity still from his play “The Tragedy Le Comte Essex” (painted by Nicolas Lancret).

Also on Lit Hub: A Polish journalist finds the gatekeepers of Ellis Island • The ministry of suffering: A morning in Jerusalem • Read a story from Lina Wolff’s collection Many People Die Like You, trans. by Saskia Vogel.

Want to throw a wrench in your reading habit? Read the fantastical life of a saint. 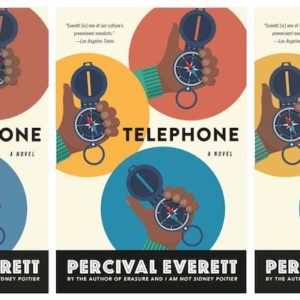 Percival Everett’s Telephone is one novel with three different versions, each with a slightly different plot. To discover...
© LitHub
Back to top