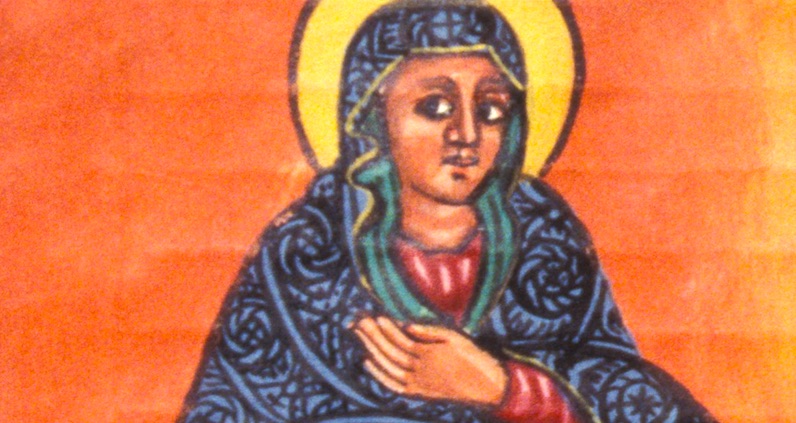 Want to throw a wrench in your reading habit? Read the fantastical life of a saint.

Since 2014, I haven’t been able to convince myself that there is a literary genre as enigmatic, macabre, and folkloristically rich as a work of hagiography, the vita or “life” of a saint.

Six years ago, I traveled to a handful of countries in Europe to visit small towns and shrines that commemorated the accomplishments of various saints. Columba on the serene Scottish island of Iona. Cuthbert of the Holy Island of Lindisfarne, an important seat of Celtic Christianity in northern England. And in Italy, Catherine of Siena (the saint’s head, at least), Francis of Assisi, Agnes of Montepulciano, and other, minor figures.

It was an opportunity to embed myself in communities of the curious and itinerant. Such company is missed today, of course, nomadic congregants who gather in crypts and stand before the altars of cathedrals to verify that what they have read or heard is true: the relic of the saint is incorrupt, his crown there on the pillow, her heart in a finely carved locked box.

These day trips were knowingly perverse and smelled more like heresy than piety. The only defense for the macabre attentiveness of pilgrims was that there was some moral to be gained from gruesome tales of a saint’s execution, some pathos to note as you imagined the sick saint’s circle of devotees kneeling at her bedside.

Some years after that trip, I read The Life and Struggles of Our Mother Walatta Petros. Wendy Belcher and Michael Kleiner’s translation of the gadl (i.e. the life) of a 17th-century Ethiopian nun and former noblewoman gave us one of the few English translations of an African hagiographical text written by other Africans before the 19th century.

Petros was no silent abbess. In fact, while she eventually became the Mother Superior of a group of Habesha women, history remembers her for successfully driving away Portuguese Christians and helping preserve the traditions of the Ethiopian Orthodox Tewahedo Church. Petros was just one of numerous powerful “anticolonialist” women of premodern Africa.

Beyond the interesting miracle tales—supernatural interventions warding off aggressive animals and the like—the quality of these stories that appealed to me most was the nature of their composition. The lives of saints are often the products of complex collaborations, stories listened to and written down, edited, and embellished over time.

The amanuensis, or scribe, for the Walatta Petros account was a monk named Gälawdewos. He collected oral histories from the women who lived with her and wrote the gadl 30 years after her death. The process of transmission and adaptation, which allowed the voice of the scribe to come through as clearly as the details of the saint’s exploits, tells us much about the way values circulated within a community.

As a kind of predecessor to magic realist literature, Lives make for unusual but rewarding reads. A good, hefty introduction to the genre is The Golden Legend, compiled during the 13th century by the friar and future archbishop of Genoa Jacobus de Voragine. It was one of the most widely read books during the Middle Ages. Any book that could get around as much, if not more than the Bible in some places, must be worth a glance.