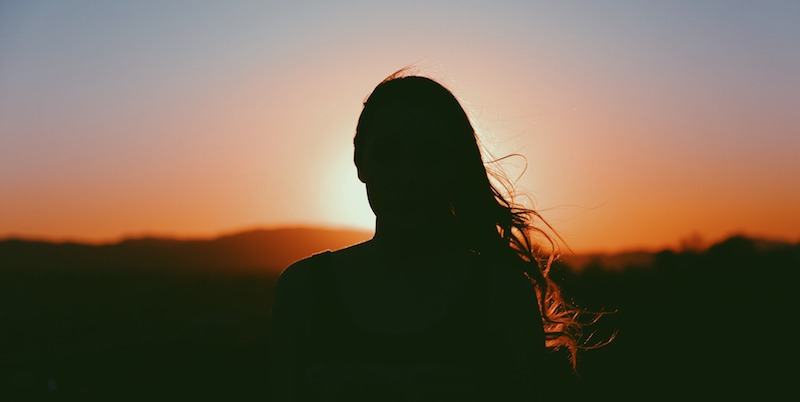 How Life's Shifting Identities Filter Into the Work of a Novelist

I fell in love with my husband, Jeff, on our second date, after he told me about his favorite unchangeably-in-love couple, Jake and Abby. They’d been dazzlingly happy together for 17 years. They didn’t crumple under life’s blows, but seemed to grow stronger, starting an antiques business when their editorial work dried up, raising kids and dogs and cats and vegetables, weathering illness and celebrating joys. When I finally met them, just on the cusp of Jeff and me marrying, I fell in love with them, too, making their relationship a model for ours.

Until Jake became someone else, in a way that can only be called cataclysmic, something that eventually haunted me into writing With or Without You. Jake, who had always been amiable and low key, potbellied with a mop of hair, came home one day with twenty-pound weights. Abby thought nothing of it, until the weights multiplied and Jake began working out downstairs until three in the morning. His body changed dramatically: tightly muscled, he shaved his head, oiled his skin, and traded khaki for spandex. But his personality changed, too.

He stopped reading anything except for bodybuilding magazines. He didn’t want to go to movies anymore or even take walks. Worse, his unconditional love acquired conditions. Why didn’t Abby work out? Why wasn’t she more social? Why did she always have to hang on him? “Talk to me,” she begged, “tell me what’s happened,” but instead, his silence grew stonier. When his greatest achievement became training for, entering, and winning a contest pulling an 18-wheeler by a rope held in his teeth, she no longer recognized him, and neither did anyone else. Abruptly, he left his marriage, his job, our friendship, and moved away without explanation. And none of us ever knew why.

Desperate to understand, I began to think more and more about the ways and whys that people in long relationships change. I popped “personality change” into Google and there, like a shock, was something personal: coma, a state I’d been in for over three weeks after the birth of my son. But while I hadn’t really changed, my research showed me how others coming out of coma often did, and in mind-blowing ways. A shy 81-year-old man became a predatory sex maniac. People woke with brilliant new skills, taking to the stage as a concert pianist when before they couldn’t play “Chopsticks,” speaking perfect Mandarin, or showcasing an obsessive talent for painting. What would that be like, I wondered. How would you know who you really were? I knew I had to write about this kind of transformation and what it might do to a couple.

That’s when I saw the first scene of With or Without You: Stella and Simon, in their forties, arguing in their NYC apartment during a blizzard. Stella, a very practical nurse, wants to buy their apartment and have a child before it’s too late. Simon yearns for his one last chance at recapturing his rock-and-roll fame. There’s drinking and drugs and passing out. But in the morning, Simon wakes, and Stella is in a coma, and Simon’s last chance seems to have vanished. Plus, when Stella wakes, she has a new, unrestrained personality—and a new talent that eventually puts her in the spotlight that eludes Simon. The more I wrote, the more involved I became in their lives, which seemed so different from my own.

Until they weren’t. Until I had an identity change as startling as Stella’s.

Every seven years or so, our bodies replace our cells. Could it be the same with who we are?

Since I was five years old, part of my identity has been that I’m sick with asthma. My world was ERs, hospitals, inhalers, steroids, and nebulizers. Bullied in school for being sickly, I grew shy, shamed. Cold weather could decimate my lungs, but so could humid air, so I was a victim of weather. My clothes always had to have pockets for my arsenal of meds. I never talked about my asthma, but I did write about it in Pictures of You, which helped me come to terms with being a person with a chronic illness.

But then five years ago, I developed terrible new breathing problems no doctor seemed able to diagnose, let alone treat. I bounced from specialist to specialist for over a year, near hysterical with panic, until I was able to get an appointment at a renowned respiratory clinic. The doctor spent over two hours taking my history and giving me tests, and then announced, “You absolutely don’t have asthma. You never had asthma. It’s your meds and your anxiety that are giving you breathing issues. And you need to stop them immediately.”

I sat there, stunned, furious, and terrified. How had so many doctors been so wrong? What was it going to feel like being healthy? Going off my meds made me feel untethered, even more so when I discovered I didn’t need them. I started meditating and seeing a cognitive therapist to feel better. But who was I if I wasn’t sick, if I never had been? I gave that disconnected feeling, that exploration of self, to both Simon and Stella.

The more I wrote, the more I found I was writing myself into the story. Hey, it always happens. Like Simon, I had my own issues with identifying myself as a success, which could define or destroy you. I had had sudden fame in my twenties with my first novel, Meeting Rozzy Halfway, catapulting me into a limelight I loved. I was finally somebody, a star! But like Simon, my glow didn’t last. I bounced from publisher to publisher and none of my books did well. No one knew who I was anymore—including me. My ninth novel was rejected on contract as “not special enough” and I knew I could no longer call myself an author. But then, unexpectedly, I became a success again with Algonquin—a two-time New York Times bestseller!—but what did that mean? Success didn’t feel like the this-is-why-I-matter identity of my twenties anymore, but something very different. Success was now simply a river I traveled on, with twists, dams, broken places, and sometimes gorgeous islands to rest upon. It was a thing, but it wasn’t me.

Writing With or Without You made me think about personality change with a new kind of wonder. Does transformation ever stop? Can we control it? Every seven years or so, our bodies replace our cells. Could it be the same with who we are? I realize that the only thing any of us—including my characters—can know is that everything you thought you knew about yourself or others can derail. But unexpected transformation can also revive, burnishing new possibilities you never expected, and that new person you might become can actually turn out to be your truest self of all. 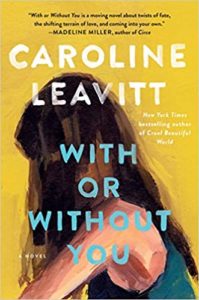 With or Without You by Caroline Leavitt is available from Algonquin Books.

Caroline Leavitt is the award-winning author of twelve novels, including the New York Times bestsellers Pictures of You and Is This Tomorrow. Her essays and stories have been included in New York magazine, Psychology Today, More, Parenting, Redbook, and Salon. She’s a book critic for People, the Boston Globe, and the San Francisco Chronicle, and she teaches writing online at Stanford and UCLA.

You Try Being Harry Truman 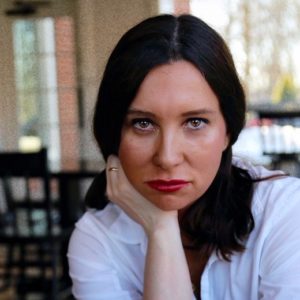 In today's episode of Just the Right Book with Roxanne Coady, we revisit our conversation with Lisa Taddeo as she discusses...
© LitHub
Back to top
Loading Comments...