Something to Watch While You Wait for the Vaccine?

Like everything else, the film and television slate is a little up in the air this year. After all, why commit to a premiere date until you know with some degree of certainty whether movie theaters/democracy/the country/humanity itself will still exist by then? (I kid . . . sorta.) Practically, that means there’s an abnormal number of scant details and “TBDs” on this year’s list, and plenty of productions that were originally scheduled for 2020 and pushed back, perhaps not for the last time. All of this is subject to change. So the universe keeps reminding us. But hey, a girl can hope. In that spirit, here are the literary adaptations (and other literature-adjacent productions) I’m most looking forward to this year. 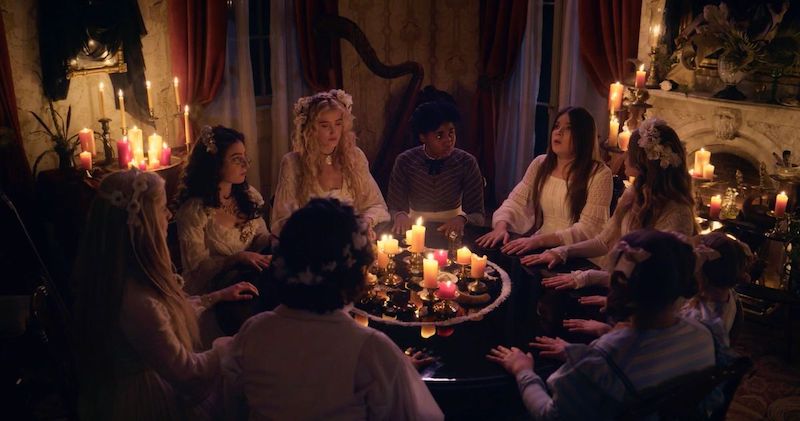 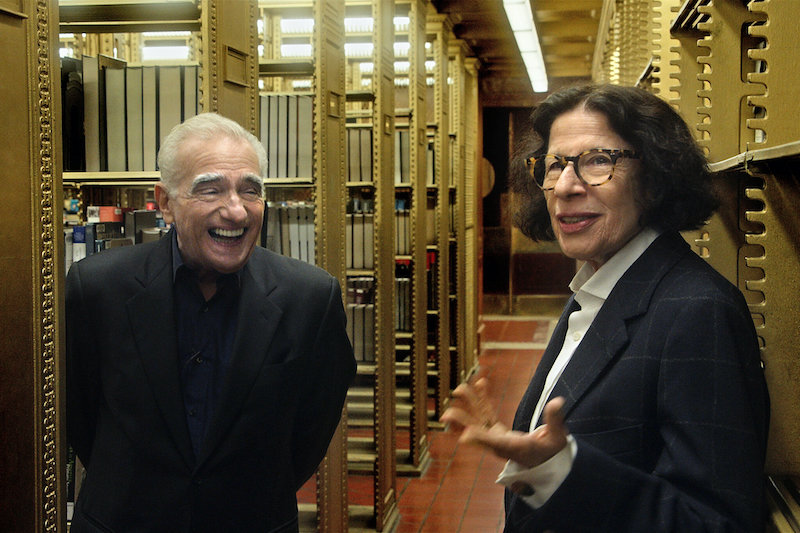 Look, she may not have published a book in a few decades, but anything Lebowitz does is still literary in my book—and pretty much everyone I know who loves to read also loves to hear her talk at length about whatever she pleases. So here you go. 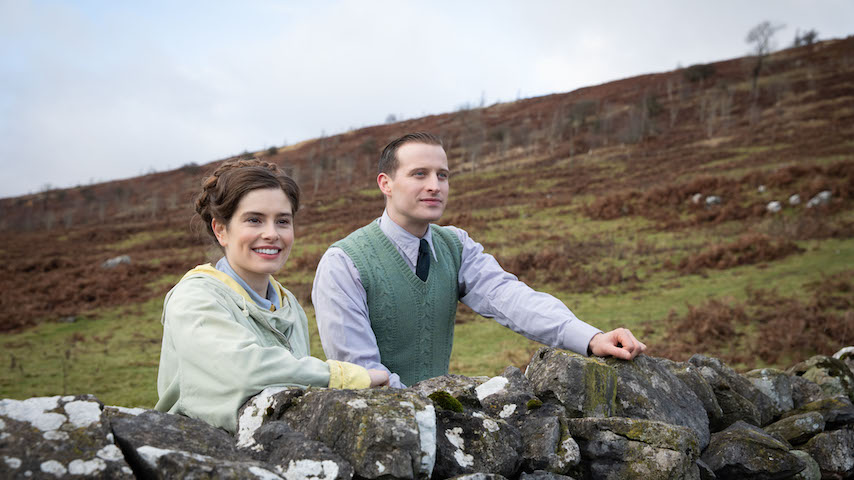 All Creatures Great and Small (PBS Masterpiece, January 10)
Based on: If Only They Could Talk (1970) and its sequels, by James Herriot
Starring: Nicholas Ralph, Samuel West, Anna Madeley

The latest adaptation of the autobiographical novels books of Yorkshire veterinarian James Herriot (pen name of Alf Wright) comes just at the right time: we need some Nice, Cozy Television. And we can always trust PBS Masterpiece to bring us just that. 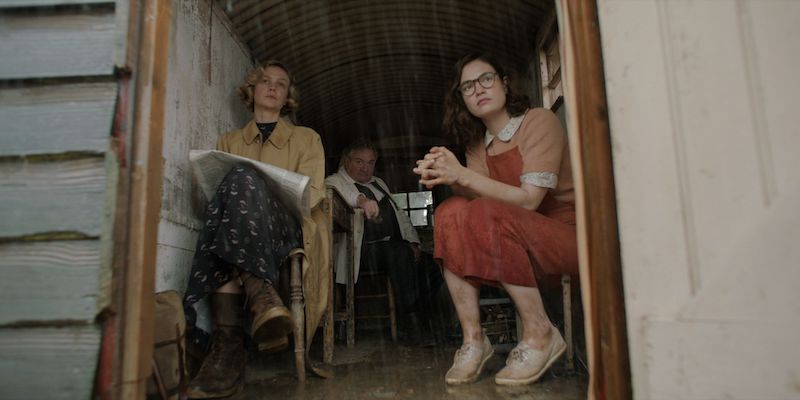 For all your historical-romantic-drama and sexy-archeologist-Ralph-Fiennes needs comes this adaptation based on Preston’s fictionalization of the 1939 excavation at Sutton Hoo, where an undisturbed Anglo-Saxon ship was found in an early medieval cemetery. 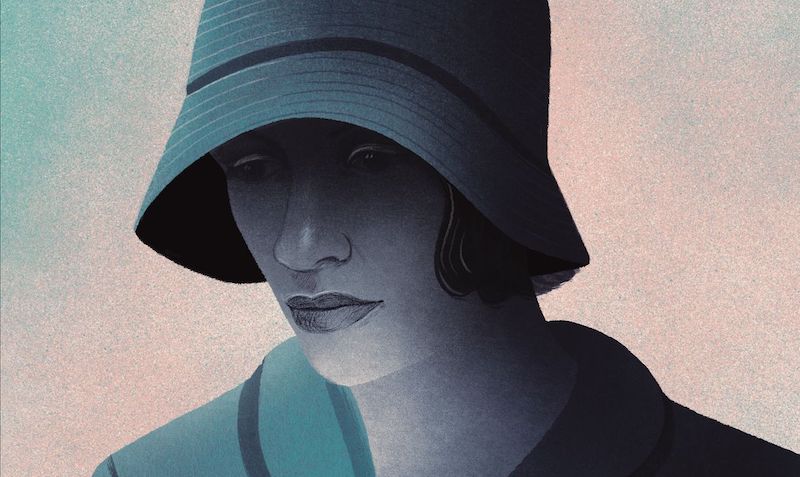 This is one of the most exciting adaptations of the year—the literary pedigree! the cast!—but while it is set to premiere at Sundance at the end of this month, there’s no information yet on when the rest of us will be able to see it. All I know is that it was shot in black and white, it is Rebecca Hall’s directorial debut, and I have the highest hopes.

I have it on good authority that this is going to be a winner. As our critic wrote, “Like its characters, continuing to live not only in their own pasts as New York socialites but also in a bygone era (Malcolm, for instance, wears the uniform of a 19th-century poet-dandy), French Exit is an anachronism: a quirky, sophisticated fable about family of the sort that the American cinema would occasionally let loose in and around the 90s. . . . Fans of Patrick deWitt’s novel, published by Ecco in 2018, will be pleased with this sly film version, which only slightly tones down the macabre notes of the original and translates its deadpan of ellipses into a surprising dance.”

Guillermo del Toro’s next supernatural horror project—first expected in 2020—is based on a short story by screenwriter and novelist Nick Antosca. Scott Cooper directs, and you can read the original story at Guernica. 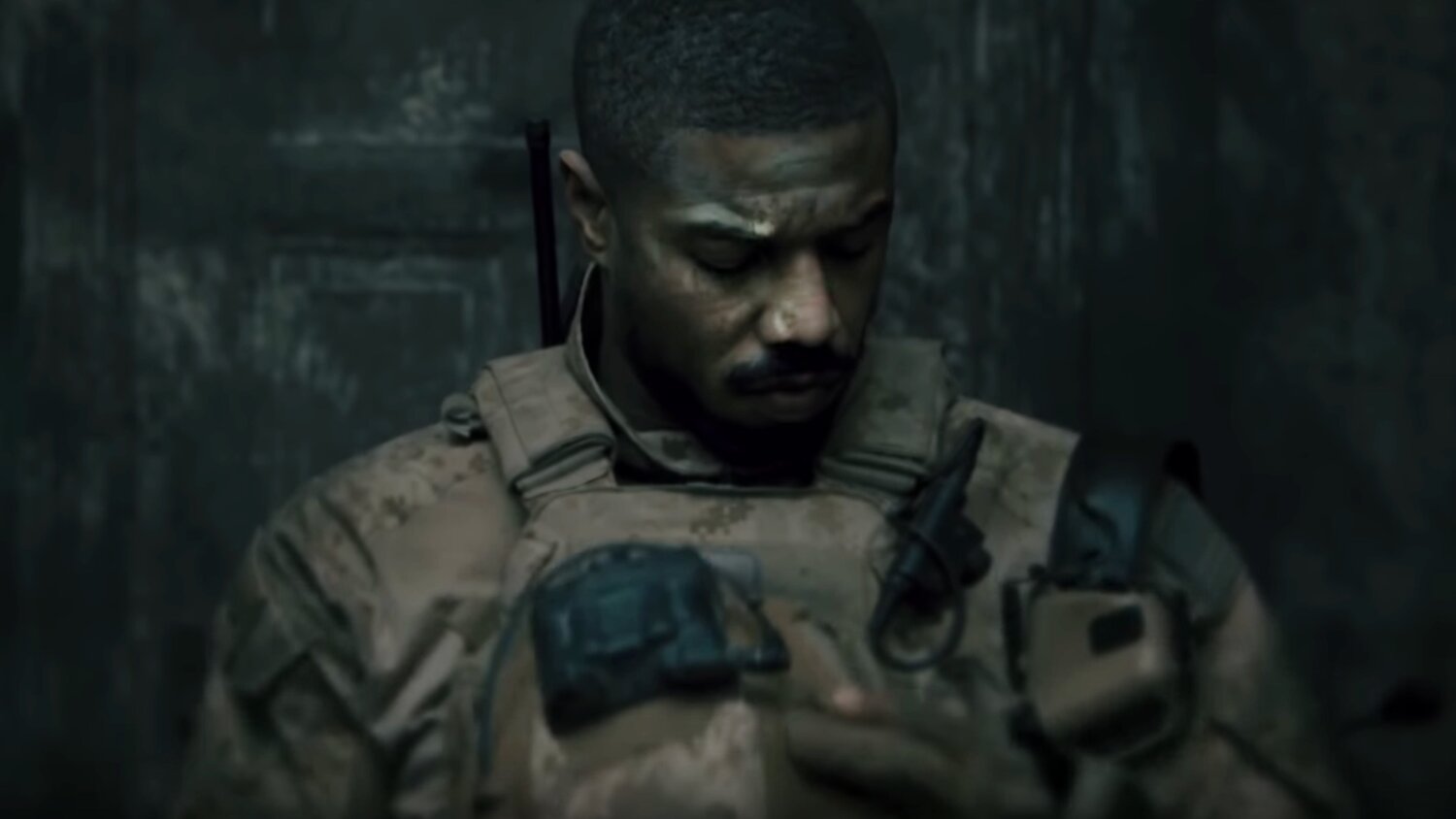 Michael B. Jordan is the thinking person’s action hero—also, he’s Wallace—and I like him enough to give Tom Clancy another shot. This is another one we were expecting last year, which was pushed (and pivoted to streaming as opposed to theatrical release) for obvious reasons. 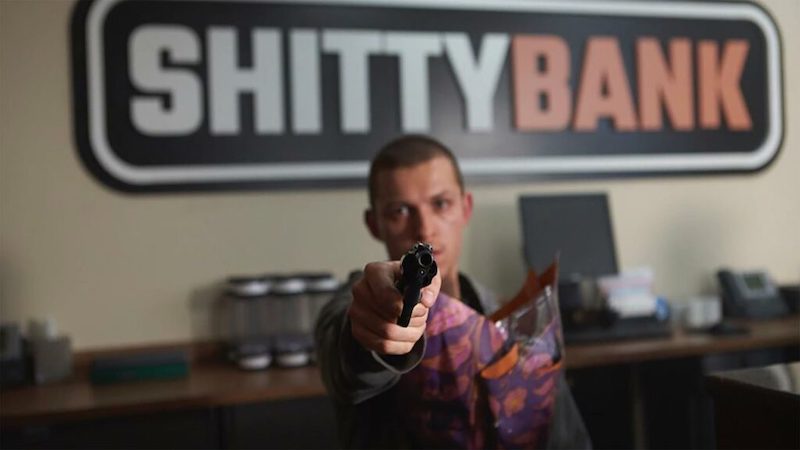 One of the best books (and book covers) of 2018, an autobiographical novel which Walker wrote on a typewriter while in federal prison for bank robbery, is finally coming to our screens, both big and small, courtesy the Russo brothers.

Hemingway (PBS, April 5)
Based on: the life of Ernest Hemingway
Starring: Papa, presumably

Ken Burns—the great documentary chronicler of things your dad is interested in—does Hemingway. Again, Burns directed and produced the three-part, six-hour documentary with Lynn Novick; they promise that “we will see beyond the façade of the public man, becoming intimately familiar with this brilliant, ambitious, charismatic, and egocentric genius.” 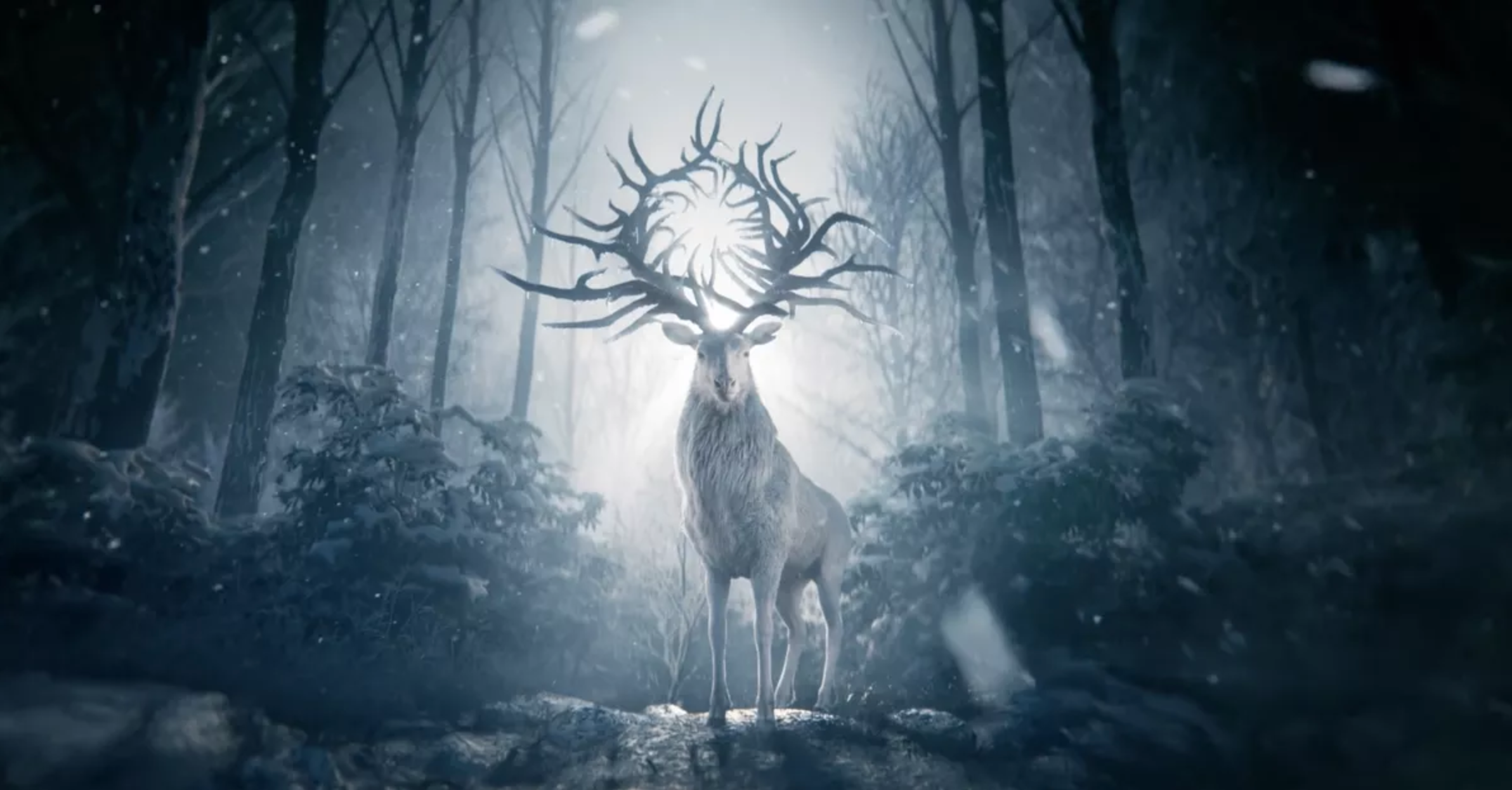 This adaptation is taking a big bite, adapting not only Bardugo’s YA trilogy that begins with Shadow and Bone, but also the related-but-separate Six of Crows, and rolling them all into one big story. “The books are all set chronologically, so we technically don’t get to events in the Six of Crows books until after the Shadow and Bone books have ended,” said showrunner Eric Heisserer in a statement. “So what Leigh and I had to do was essentially invent prequel stories for the key Six of Crows characters this season—Kaz, Inej, and Jesper—to fit alongside what is happening in the Shadow and Bone storyline. That’s been the heavy lifting.” Damn. Hopefully it works! 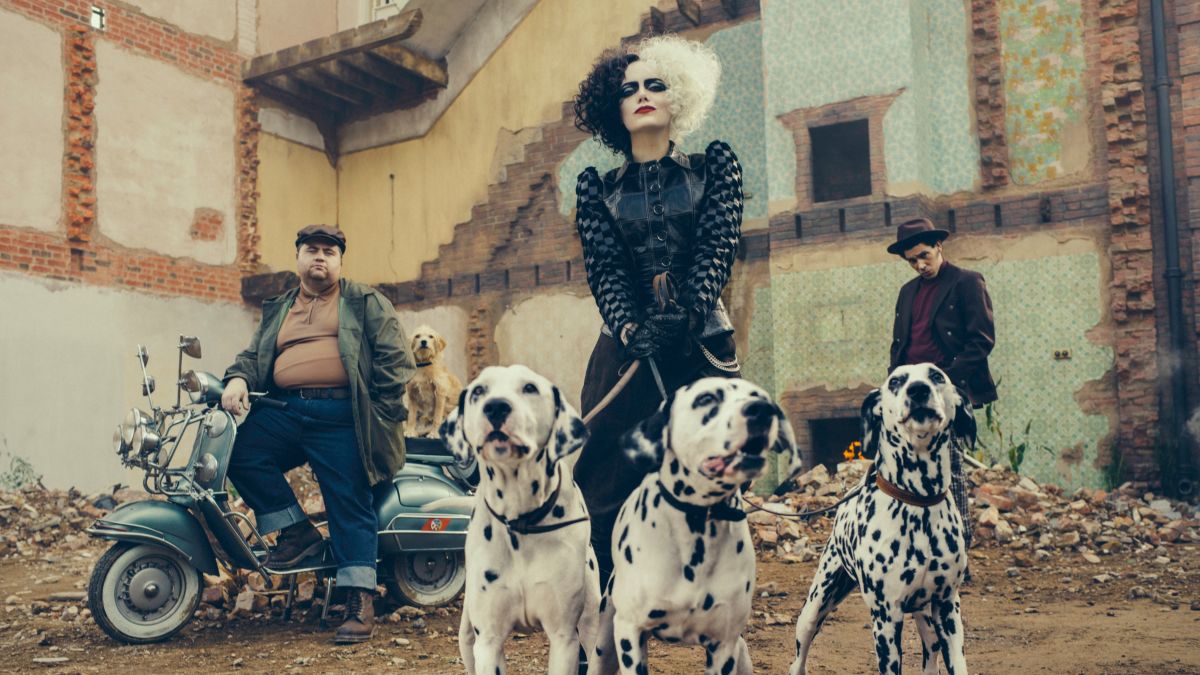 Look, Cruella de Vil may at this point be only technically a literary character, but she certainly figured into my childhood, and I think Emma Stone is going to crush it. Camp is back, baby. 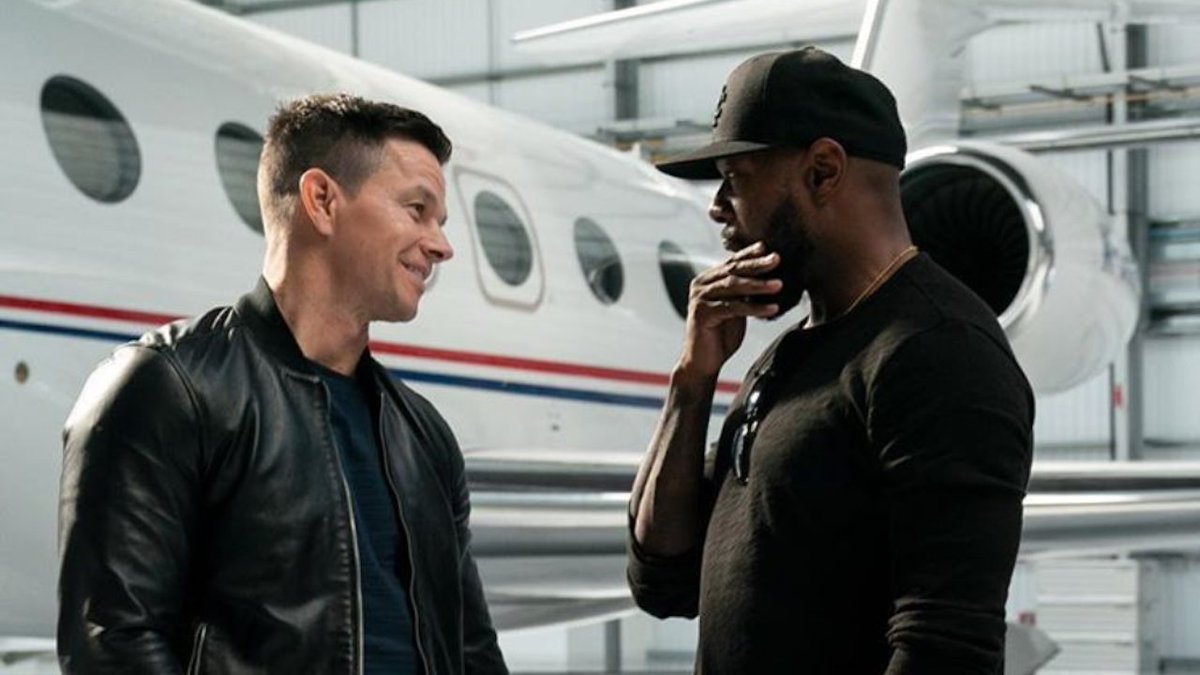 I have the feeling that by May, a little Mark Wahlberg in a deliciously preposterous SF thriller—concerning the Cognomina, “a secret society of people who possess total recall of their past lives”—will be just what we need. For some perspective, you know? 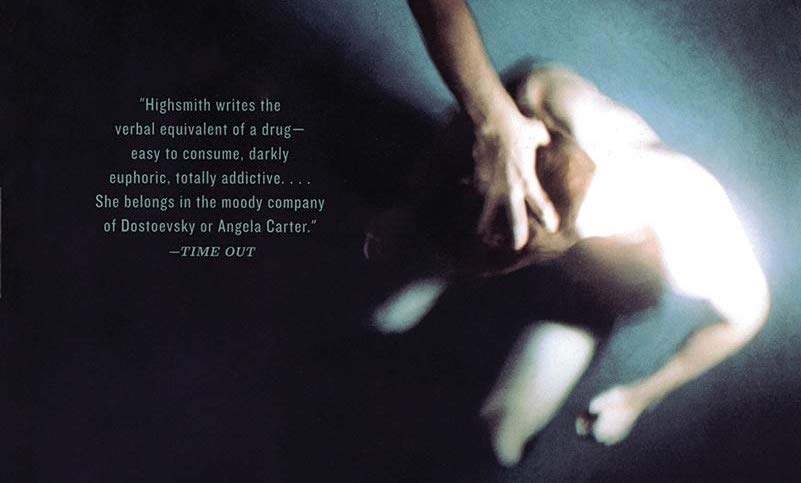 This is the project that brought these two crazy kids together, which is neither here nor there. But it’s an adaptation of a Highsmith novel, albeit a lesser one, which means I’m going to at least give it a chance, no matter how many depressing pictures of Ben Affleck I’ve seen lately. Ana de Armas doesn’t hurt either. 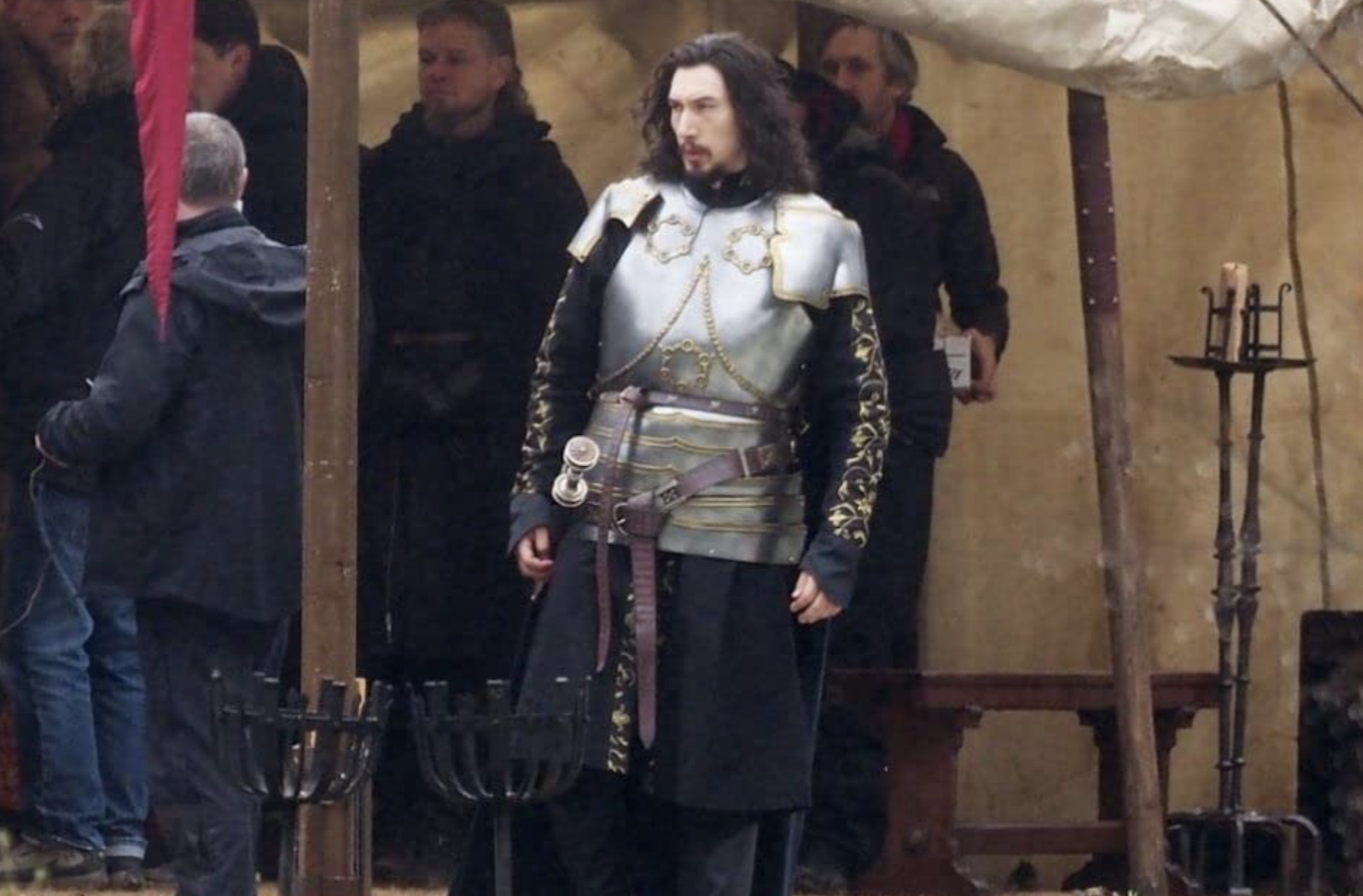 Look, a nonfiction book about a 1386 rape accusation settled by a trial-by-combat isn’t an . . . obvious choice for a big budget film adaptation directed by Ridley Scott, but like, I’ll take it. Here’s what I’ve learned: Matt Damon and Adam Driver will be fighting, presumably not with lightsabers. Matt Damon’s haircut will be so bad. Ben Affleck will be King Charles VI, and blond. Plus, the screenplay was written by Ben Affleck, Matt Damon, and Nicole Holofcener, which makes me feel nice. It’s like the 90s again, you guys! Only better, because Adam Driver and Jodie Comer are there. 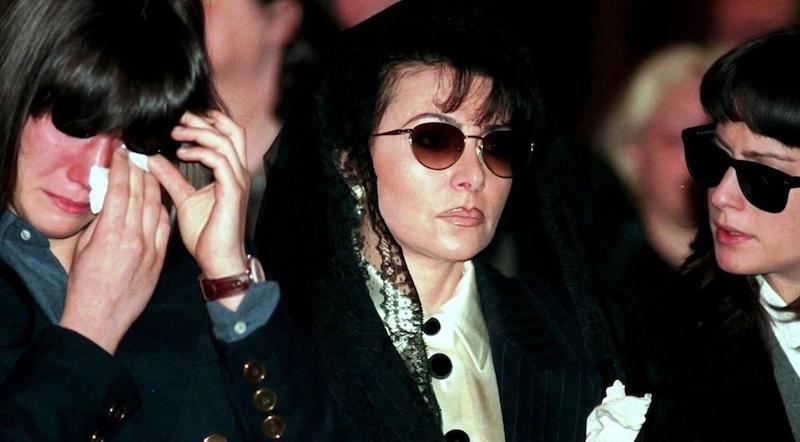 In 1995, Maurizio Gucci, grandson of the founder of the Gucci fashion house (that would be Guccio Gucci), was murdered by a hitman. In 1998, his ex-wife Patrizia Reggiani was convicted of hiring the killer. This adaptation of Forden’s account of the whole business has Ridley Scott directing a top notch cast, including Lady Gaga as Patrizia, Driver as Maurizio, and Irons as Maurizio’s father, Rodolfo. Bring out the baubles.

This is actually the second Kristin Hannah adaptation scheduled to be released this year (Firefly Lane, starring Katherine Heigl and Sarah Chalke, premieres on Netflix in February) but it’s the more interesting one: Actual sisters Dakota Fanning and Elle Fanning (to whom I am devoted after The Great) are slated to play fictional sisters resisting the Germans in France during WWII. The book was a huge bestseller; this should at the very least be a major spectacle. 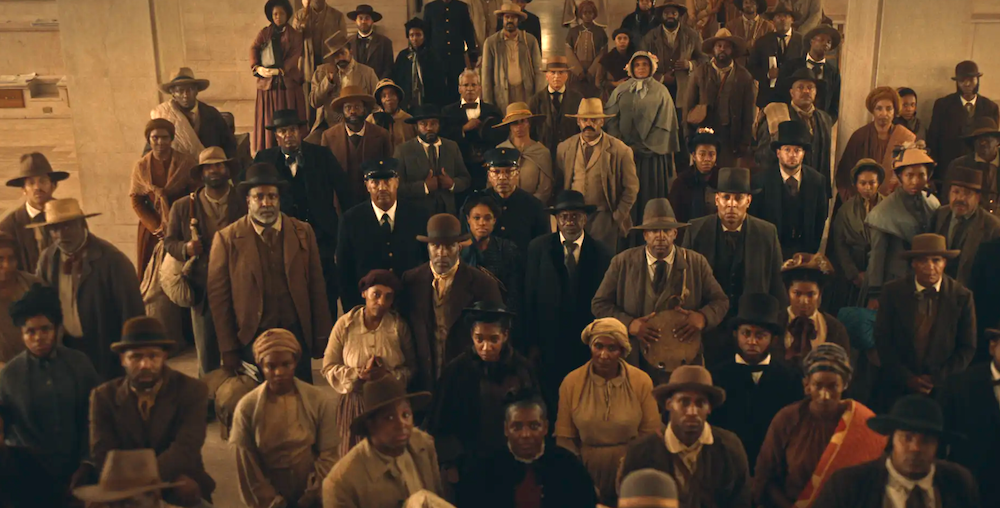 Barry Jenkins didn’t take any of our casting requests, but he did get close with Herriman. Plus, surprising no one, this looks . . . extremely good. Hopefully it will actually come out this year (we know production has wrapped), but no concrete details yet. 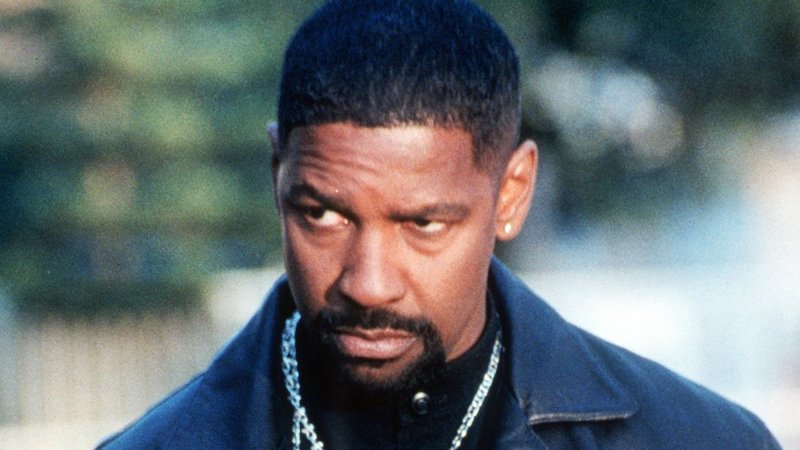 Excuse me. Denzel Washington as Macbeth? Frances McDormand as Lady Macbeth? Brendan Gleeson as King Duncan? Give this to me right now. What does it mean that this is a solo Cohen (Joel) production? I don’t know and I don’t care. Give it. Hasn’t this year been hard enough already? Please give it. 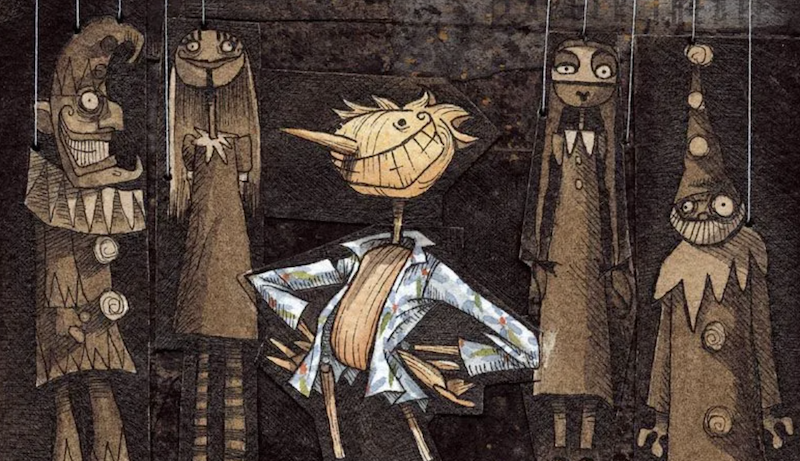 Of course Guillermo del Toro’s first animated feature is a stop-motion musical adaptation of Pinocchio. With art based on Gris Grimly’s 2002 vision, it promises to be very dark indeed. Which isn’t even to mention that voice cast—McGregor, of course, is the cricket. 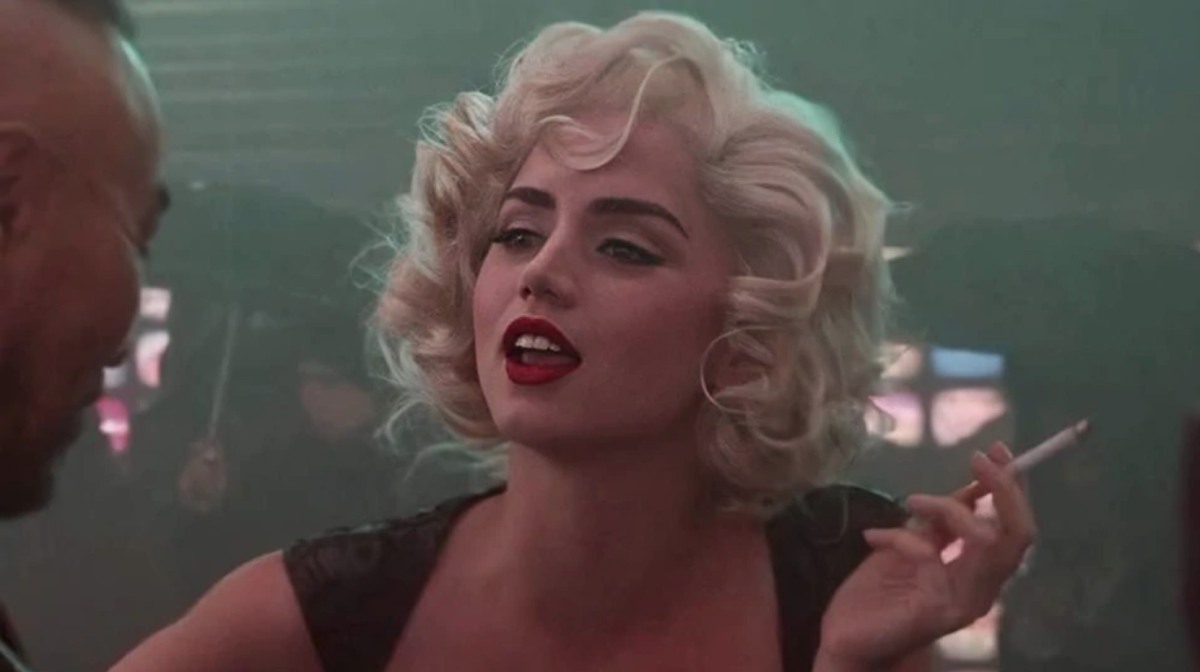 We’ll probably never stop being fascinated by Marilyn Monroe. This take on her life—and of course, her marriages to The Playwright (Brody as Arthur Miller) and The Ex-Athlete (Cannavale as Joe DiMaggio) is based on Joyce Carol Oates’ historical novel, which was a finalist for both the Pulitzer Prize and the National Book Award. On Twitter, Oates wrote “I have seen the rough cut of Andrew Dominick’s adaptation & it is startling, brilliant, very disturbing & [perhaps most surprisingly] an utterly ‘feminist’ interpretation… not sure that any male director has ever achieved anything [like] this.” Whatever you think of any of it, you have to admit that Ana de Armas looks the part. 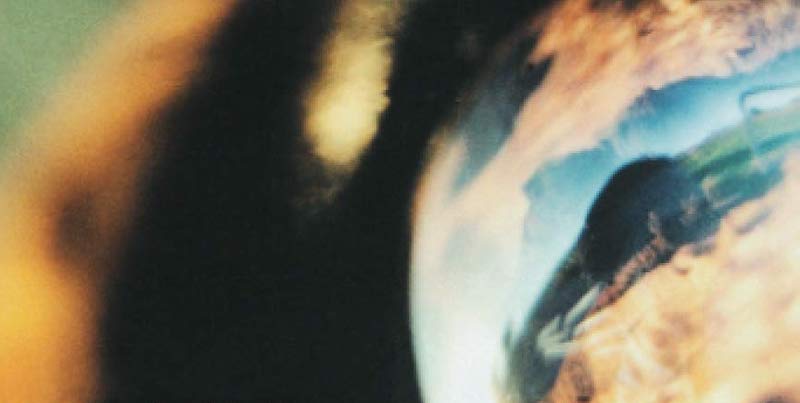 This was written and directed by Jane Campion, which would be reason enough to pay attention, even if it didn’t have three of my favorite weird people starring. The novel it’s based on is a domestic Western set in 1920s Montana, written by Thomas Savage—maybe this film will bring him the recognition he deserves. 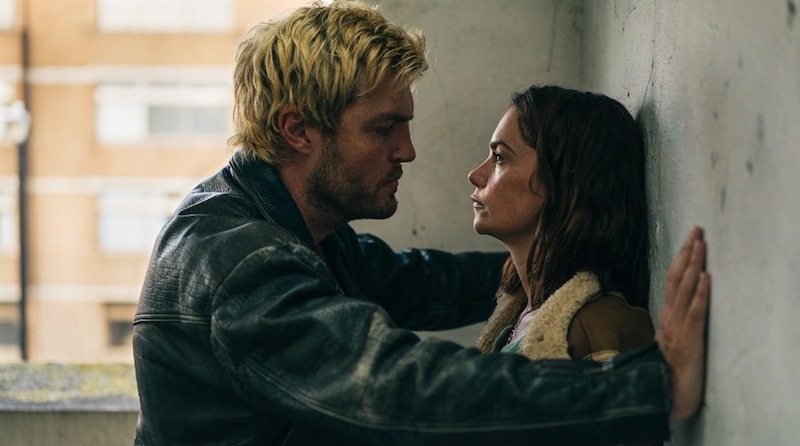 A psychological drama about a chance romantic encounter that becomes an obsession, or “an intoxicating car crash,” as director Harry Wootliff put it. The UK production wrapped in October, so there’s a fair chance we’ll see this one before the year is out. 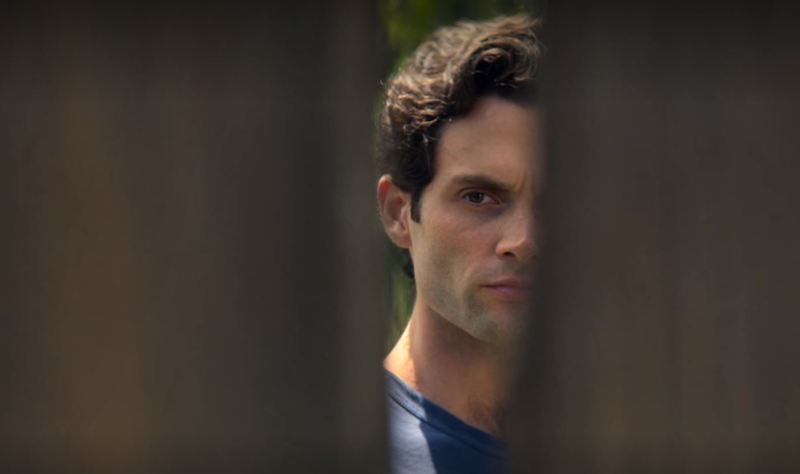 You, season three (Netflix, TBD)
Based on: You Love Me (2020) by Caroline Kepnes
Starring: Penn Badgley, Victoria Pedretti

According to Netflix, we are going to get to see the next season of our favorite terrible amazing show this year. No telling when, exactly, but we do know that the book it’s based on will be hitting stands on April 6. Pick your poison. 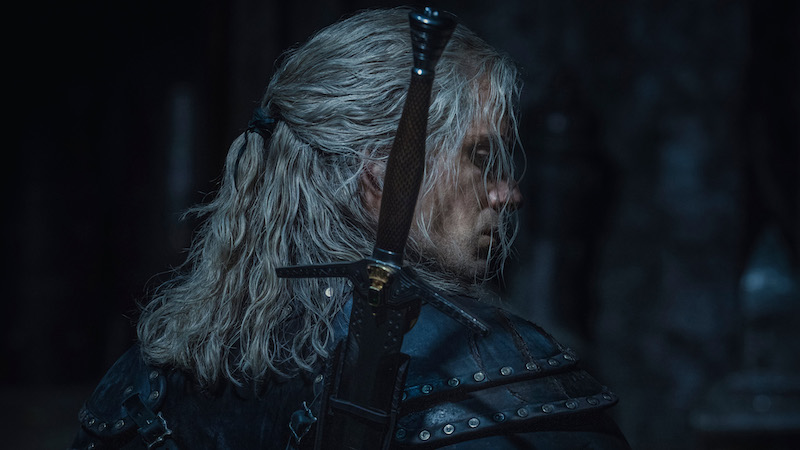 Hey, Henry. That’s a nice sword you got there. Where’s your other one? (…because Witchers carry two swords, a silver one for fighting monsters and a steel one for fighting humans, why, what did you think I was talking about?) 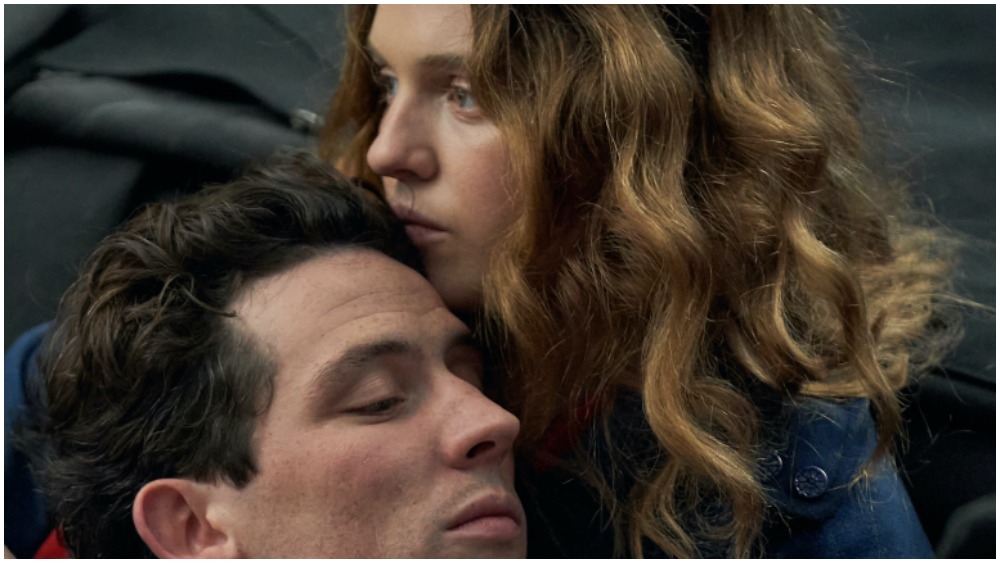 Olivia Colman is worth a ticket to anything, but Olivia Colman and Colin Firth? It’s unfair to other movies, really.

Danny Strong has given Macy’s groundbreaking account of the American opioid epidemic the miniseries treatment. I have a feeling this one will be hard to watch, but I’ll be watching it anyway.

It feels like we’ve been waiting for this one forever. But this adaptation has been inching forward in recent years, and despite a seven month Covid-related filming hiatus, it looks like it just might actually come out this year. I wouldn’t bet the farm on it though. Just in case.

And a few other exciting adaptations that we may or may not see this year:

Will Self: How Should We Read? 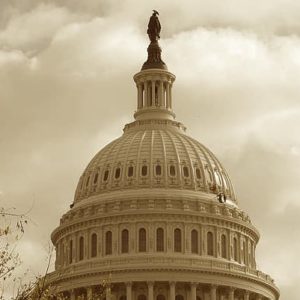 A textbook reviewer asked me the other day, “What ways will they invent to cover up this coup in the history books?”...
© LitHub
Back to top
Loading Comments...