Will Isaac Asimov’s Foundation Series Finally Get Its Adaptation?

This week in literary film and television news, old things were made new again. That is, an old television show based on an older book will have a new life on Netflix, an old SF classic may finally get its brand new day on the screen, and an old favorite story of many childhoods has shown its new face as a shiny, muscled monstrosity. Plus, Reese Witherspoon hopes to give the Big Little Lies treatment to a much sadder (and much truer) story, Stephen King’s personal Yoknapatawpha is coming together on Hulu, and there’s yet another George R. R. Martin adaptation, because why stop, why ever stop? Think about that final question as you read on.

A new installment (or revival, if you will) of Tales of the City, the ’90s TV miniseries based on Armistead Maupin’s series of the same name, which follows the lives of a group of San Franciscans in the late ’70s (and whose novels were among the first to talk about the AIDS crisis), is in development at Netflix. Laura Linney and Olympia Dukakis, who starred in the original, are both on board for the new series, set in the same boarding house, 25 years later. As a literary bonus, the new series was written by Michael Cunningham. Maupin will return as executive producer.

Seems like Reese Witherspoon learned her lesson from Big Little Lies: adaptations of Australian best-sellers are so hot right now. Last December, she, Naomi Watts, and Bruna Papandrea optioned Penguin Bloom, a popular book that documents the true story of how an injured magpie changed the life of a grieving family (you heard me), written by Bradley Trevor Greive, and with photographs by Cameron Bloom. Now the film has landed itself a writer, Shaun Grant, and will be produced by Witherspoon, Watts, and Papandrea, along with Emma Cooper. Watts will star as Sam Bloom.

HBO films is developing an adaptation of Stephanie Capparell’s The Real Pepsi Challenge entitled The Color of Cola. Apparently, it’s about “how Pepsi broke color barriers in 1940s America.” How does this relate to the Kendall Jenner ad, I wonder?

Melanie Lynskey has joined André Holland, Sissy Spacek, and Jane Levy in the cast of Hulu’s Castle Rock, which is set in the fictional titular town dreamed up by Stephen King. Though the show is not based on any one specific work, Castle Rock is the setting for a number of stories and novels in the King multiverse, including The Dead Zone, Cujo, “The Body” (the story that eventually became Stand By Me), and Needful Things, and referred to in many others.

Syfy has ordered a pilot based on George R. R. Martin‘s novella Nightflyers. Maybe they’re into it because of their shared ostentatious use of ‘y’.

Well, I guess I’m putting the Jumanji trailer here. It bears almost no relation—and less than no resemblance—to the beautiful and strange book of the same title by Chris Van Allsburg, my own very favorite creator of children’s books. But it does look kind of fun, I guess. One can only hope that Van Allsburg saw some serious money off of this. 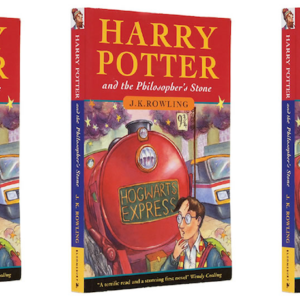