TODAY: In 1868, Paul Claudel, nominated for the Nobel Prize in Literature in six different years, is born [pictured here with Paul Petit]. 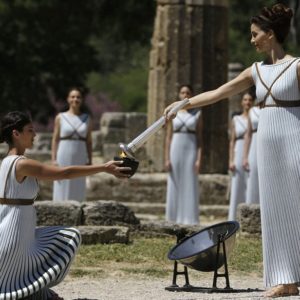 Despite the hurdles confronting this year’s Brazil Olympics, the Games have a wonderful way of bringing people around the world...
© LitHub
Back to top