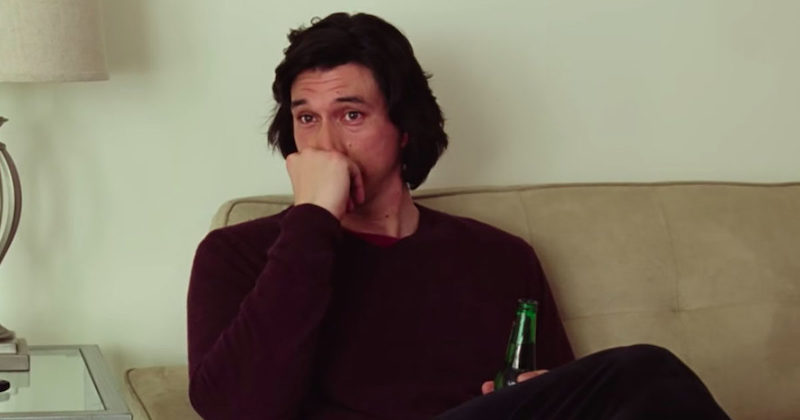 Today I learned that Noah Baumbach’s adaptation of Don DeLillo’s 1985 cult classic White Noise, which is currently filming in Cleveland, is, according to Stereogum, “tentatively titled Wheat Germ.”

Is this a good name for a movie about death and dissociation? Not really. Could this be because of a perceived conflict with the 2005 White Noise starring Michael Keaton? I would guess not. Does it, perhaps, refer to some detail in the novel that I have forgotten? Sure, that’s possible. After investigating, I was able to identify two (2) mentions of wheat germ in the novel, and the first is quite early on, during a scene in which Jack and Babette are having lunch with their children (variously theirs, anyway): Denise, Steffie, and Wilder.

‘This isn’t the lunch I’d planned for myself,’ Babette said. ‘I was seriously thinking yogurt and wheat germ.’

‘Where have we heard that before?’ Denise said.

‘She keeps buying that stuff.’

‘But she never eats it,’ Steffie said.

‘Because she thinks if she keeps buying it, she’ll have to eat it just to get rid of it. It’s like she’s trying to trick herself.’

‘It takes up half the kitchen.’

‘But she throws it away before she eats it because it goes bad,’ Denise said. ‘So then she starts the whole thing all over again.’

‘Wherever you look,’ Steffie said, ‘there it is.’

‘It’s like she smokes but she doesn’t,’ Steffie said.

After a short two paragraphs in which Jack explains some things about Babette’s figure and her opinion of it to the reader, the chapter ends like this:

The smoke alarm went off in the hallway upstairs, either to let us know the battery had just died or because the house was on fire. We finished our lunch in silence.

About 125 pages later, after Jack and Babette personally witness the airborne toxic event, and as they wait in an evacuation center, we hear something about wheat germ again:

Babette sat in a camp chair, going through a canvas bag full of snack thins and other provisions. I noticed jars and cartons that had been sitting in the refrigerator or cabinet for months.

‘I thought this would be a good time to cut down on fatty things,’ she said.

‘This is a time for discipline, mental toughness. We’re practically at the edge.’

‘I think it’s interesting that you regard a possible disaster for yourself, your family, and thousands of other people as an opportunity to cut down on fatty foods.’

‘You take discipline where you can find it,’ she said. ‘If I don’t eat my yogurt now, I may as well stop buying the stuff forever. Except I think I’ll skip the wheat germ.’

The brand name was foreign-looking. I picked up the jar of wheat germ and examined the label closely.

I suppose there is an argument for Babette’s attachment to the concept of wheat germ as emblematic of the greater human experience, and specifically the relentless, crushing cycle of American consumerism, with which the novel is very concerned. (“Wherever you look, there it is,” does feel weighty in the context of this book, and of our lives.) But considering that food isn’t really DeLillo’s main emphasis re: consumerism, and taking into account all of the book’s other eclectic iconography, turning this tiny detail into the title feels a little thin—or at least a move too ironic to love. Coke Is It would make a better title, if we’re going down this road. Or at the very least, they could have made another attempt to call it Panasonic, which was what DeLillo originally wanted, citing the importance of sound and its relationship to death, and the soul (at the time, the company said no).

Honestly, part of me suspects that Wheat Germ is just an insidery joke that somehow made it to the press—after all, the IMDB page for the movie, which is relatively robust and lists it as coming out in 2022, still calls it White Noise. That it’s just something that the cast and crew have been playing around with seems plausible enough to me, and probably more plausible than changing the name of such an iconic property (in this economy). I mean, no way Baumbach would actually call it Wheat Germ. Right?