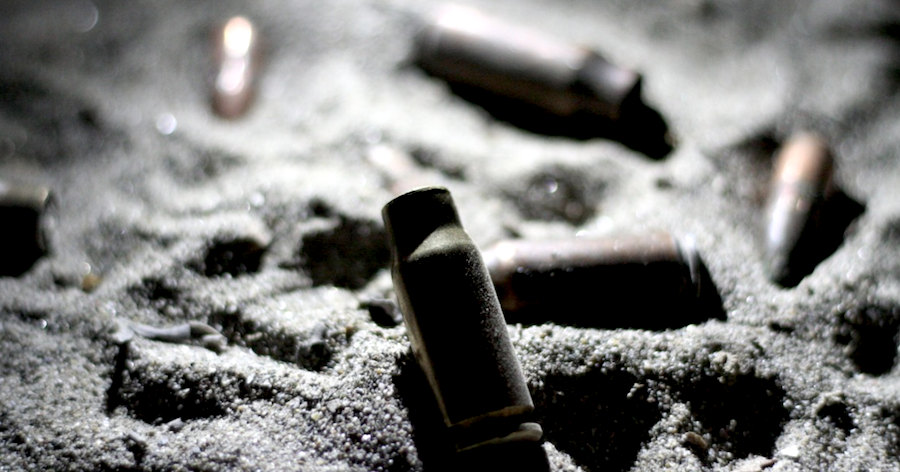 When Superpowers Lose Their Power, the Chaos of War Follows

Andrew Keen is Pretty Sure No One’s in Charge

“Who’s in charge? Who is really running the world?”

That’s the question with which I’ve been concluding all my Keen On shows. It’s a trick question, of course. The answer is nobody. In April 2022, nobody is really running the world. Not Russia. Not America. Not George Soros. Not the Chinese. Not Wall Street or Silicon Valley. Not Vladimir Putin or Volodymyr Zelenksy. Not even Elon Musk—who can’t even figure out a way to buy Twitter.

As Moises Naim acknowledged on Keen On, power hasn’t disappeared—we aren’t at the end of power. But power has, like a crystal chandelier crashing to the ground, shattered into a chaos of shards. And so the answer to the question of who is running the world is not just nobody. It’s also everybody.

The backdrop to this question is the war in Ukraine. As this tragedy grinds on, it’s becoming increasingly clear that the shattering of that chandelier—so that we no longer live in a world controlled by America or Russia or China—is one important cause of the war. Putin invaded Ukraine because he could. It’s a consequence of today’s global chaos in which it isn’t clear who really is in charge.

It’s an irony that theorists of war—from Thucydides onwards—recognized. War occurs when it isn’t clear who holds power. War happens when the answer to the question of who is running the world is simultaneously nobody and everybody. War is a result of uncertainty. The fog of war is caused by the fog of peace.

As I write this, the Russians continue to bombard Mariupol and rumors swirl about Putin’s political isolation. The only thing that I say with any confidence is that this war, like all wars, will come to an end. There will be peace. It’s just a question of when, why and how.

On Keen On this week, Christopher Blattman, the author of the new Why We Fight; The Roots of War and the Paths to Peace, reminded us about the eventual inevitability of peace in Ukraine. Blattman explained the intimate entanglement of the roots of war and paths to peace. And just as the University of Chicago scholar laid out five reasons why Putin went to war in Ukraine, there are also equally numerous reasons for an eventual peace in Ukraine.

My hope is that the war will sputter to an end by the summer. The challenge now is getting the peace right. As Charles Kupchan, a Senior Fellow at the Council of Relations, explained on Keen On this week, this isn’t going to be a WWII-style American-brokered peace. In 1945, it was clear who ran the world. Thus the successful peace. In 2022, the crystal chandelier has crashed to the ground. It’s much harder to make peace when nobody and everybody is simultaneously running the world.

But Kupchan, who was the Director for European Affairs on the National Security Council during the first Clinton administration, reminds us of the need for there to be a realist rather than an idealist peace. In contrast with Versailles, Kupchan argued, the peace for WWII worked because it wasn’t punitive. It wasn’t a peace determined by revenge.

Kupchan told me that in the Clinton administration, he argued against the eastward expansion of NATO because he saw no reason in fueling Russian paranoia about encirclement. “I lost that debate,” he told me, ruefully.

Charles Kupchan has good reason to be rueful. The idea of Ukrainian membership in NATO—a military alliance existing solely to contain Russia—reflected a short-lived American triumphalism at the end of the Cold War. It generated the fog for today’s war in Ukraine.

Last month, I warned about American fetishization of WWII. “If there’s one thing that history teaches us, it’s that we like to mis-remember,” I argued. “History reminds us that we should remember well. It warns that selective memory might, indeed, be worse than no memory at all.”

It would, of course, be nice to conclude the Ukraine war with a WWII-style peace imposed from above by the American and Russian victors. But that’s not going to happen in Ukraine. Whatever Zelensky or Biden says, there aren’t going to be clear winners and losers in this war. The images of the contemporary carnage in Kharkiv or Mariupol might suggest the carnage of WWII. But it’s more complicated than that. This isn’t a war of pure good against evil. It’s not a genocidal conflict. Putin and his henchmen aren’t going to appear in The Hague or Nuremberg.

It’s not a great time to be a Russophile in America today. Last September, Joseph Weisberg, the creator of the FX television series The Americans and the author of Russia Upside Down, came on Keen On to talk about an “exit strategy” for what he called “the Second Cold War.” And Last weekend, Weisberg came back on my show to talk about war and peace in Ukraine.

Like Fiona Hill, another of my Keen On guests from last year, Weisberg believes that Americans and Russians are both innocent victims of history. Putin’s successful misrepresentation of the Ukraine invasion to his domestic Russian audience, he argues, is similar to George Bush’s lies to the American people justifying the invasion of Iraq. Both resulted in absurd and tragic wars, Weisberg believes. Both reveal the gullibility of the Russian and American public and the propagandist power of the Russian and American media.

Maybe, maybe not. Where Weisberg sees power, I see nostalgia for past power. There is something sadly ironic about the parallel American and Russian involvement in Ukraine. Both the failed Russian invasion and the failed American response are nostalgic attempts to remind us that they are in charge, that they are running the world. Neither are convincing. That’s what Putin and Biden have in common. Both are masters of mis-remembering the past.

The world has moved on from the Cold War. What the Americans and Russians have in common in 2022 is that they aren’t in charge. For better or worse, they don’t run the world anymore. “After the Russians and the Americans.” Maybe that should be the title of Weisberg’s next television series. 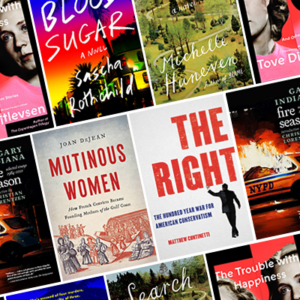 Tove Ditlevsen’s The Trouble With Happiness, Gary Indiana’s Fire Season, and Sascha Rothchild’s Blood Sugar all...
© LitHub
Back to top