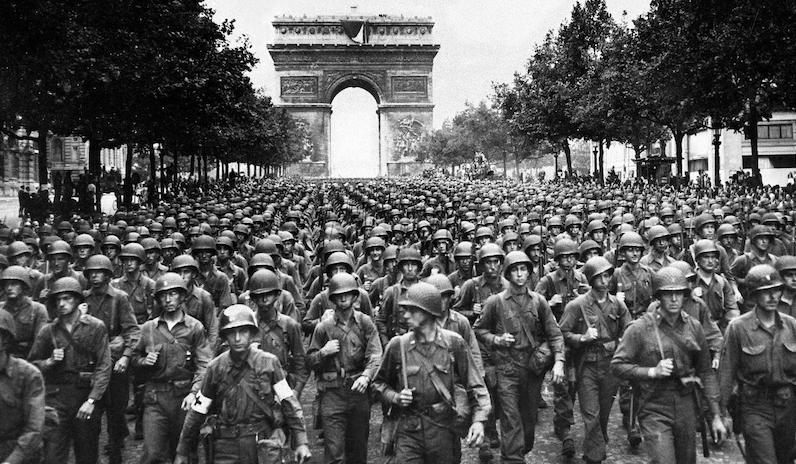 There appears nothing smart about Putin’s war in Ukraine. Military futurists predicted 21st-century wars fought with all-knowing drones and bots. War as a video game. War without a past. But the 2022 Russian invasion of Ukraine is a war of memory. It seems like we’ve seen this kind of conflict many times before. The carnage in Mariupol or Kharkiv could, perhaps even should, be imagined in black and white. It requires us to be historians rather than futurists. It suggests remembering, not forgetting.

None of this is either necessary wrong or bad. But if there’s one thing that history teaches us, it’s that we like to mis-remember. History reminds us that we should remember well. It warns that selective memory might, indeed, be worse than no memory at all.

If, as Peter Pomerantsev argued on Keen On, Ukraine really isn’t about Ukraine, then what is it about? What, exactly, should we be remembering?

For some, like Peter Osnos, the biographer of George Soros and the founder of PublicAffairs books—it’s a war of 19th-century realpolitik, a return to the post-Napoleonic Europe of Metternich and Bismarck. But for the majority of my Keen On guests—from the Brookings Institute Putin expert Angela Stent to prominent central Europeans like the Czech economist Tomas Sedlacek to the former US ambassador to Ukraine Stephen Pifer—this is a war that returns us to the Europe of World War II. It’s presented as a conflict between good against evil. As that most cherished of 20th-century memories: a war of democracy versus authoritarianism.

And so the Keen On headlines are, for better or worse, designed to trigger those 20th-century memories. On our appeasement as “moral failure.” On Ukraine resistance to Russia as an anti-colonial eruption. On the invasion as a global war against globalization. Above all, Ukraine as a struggle between liberalism and illiberalism.

The afterlife of World War II haunts, transfixes and imprisons all of us. But the problem is that our memories of the war are selective. We have chosen what to remember and what to forget. Which is a form of forgetting that, as I suggested earlier, might actually be worse that no memory at all.

Another of my Keen On guests, the Sebaldian essayist Colette Brooks, critiques American memory as being “trapped in the present tense.” To borrow from Brooks, American memory of World War II has become trapped in a ubiquitous present—a conveniently timeless replacement for both the past and future.

Even Bob Dylan, supposedly the most anti-war of all our chroniclers, seems to have been imprisoned by the ever-present shadow of World War II.

Last Saturday evening, I was at the Saenger Theater in New Orleans to see Bob Dylan on his “Rough and Rowdy Ways World Tour.” Like his eponymous 2020 album, Dylan was magnificent, particularly Rough and Rowdy Ways tracks like “I Contain Multitudes,” “My Own Version of You,” and “Mother of Muses,” which some theorize was a response to his 2016 award of the Nobel Prize for Literature.

And I left the theater with a stanza from “Mother of Muses” ringing in my head:

Sing of Sherman, Montgomery, and Scott
And of Zhukov, and Patton, and the battles they fought
Who cleared the path for Presley to sing
Who carved the path for Martin Luther King
Who did what they did and they went on their way
Man, I could tell their stories all day

Who knows what Dylan meant from those lyrics (if, indeed, he meant anything at all). And yet here we have that classic representation of World War II as a zero-sum conflict between good and evil, as a war between authoritarianism and democracy.

It’s not entirely wrong, of course. Georgy Zhukov and George S. Patton accomplished many great military deeds on the battlefields of Eastern Europe and Asia. But clearing and carving the “path” for popular American music and civil rights suggests a very creative afterlife for the gruesome WWII battles that Zhukov and Patton won.

Along with the beautifully restored Saenger Theater and its French quarter, New Orleans is known as the venue of America’s World War Two museum. According to my Fodor’s guide, the highly recommended museum “isn’t just for history buffs: expansive and diverse, this multimedia collection offers a little something for everyone.”

It’s a mummified version of World War II’s afterlife. Housed in a haphazard collection of colorful buildings in New Orleans’ warehouse district, the museum celebrates Franklin D. Roosevelt’s 1940 promise of America turning itself into an “Arsenal for democracy.” It’s not a bad representation of America’s collective war effort (including African-Americans) and it does, I guess, offer a “little something for everyone.” Everyone, that is, except the losers, the defeated powers in the war.

The problem lies in the selectivity of the museum’s material. A huge amount of attention, for example, is given to the victorious battles on the Western front, in Italy and Northern France. But almost nothing is said of American involvement in the bombing of German cities—a subject that W.G. Sebald detailed in his 1999 book Natural History of Destruction. For a non “history buff,” the European front is presented in the simplest moral terms: between American liberators and evil Nazis. That’s not entirely untrue, of course. But wars are always more complex than this. And the museum makes no effort to introduce complexity into the “Arsenal of Democracy.”

Last year, the writer Leslie Blum came on Keen On to talk about Fall Out, her history of the American cover-up of the Hiroshima bombing. And I couldn’t help thinking of Blum’s important book in the section of the Arsenal of Democracy exhibit dedicated to the war against Japan. Once again, the museum did an exemplary job bringing the Asian front to life. But these are the memories of the victors. One almost hidden exhibit is dedicated to “Bombing Japanese cities”—an attack planned by Major General Curtis LeMay which “ignited a firestorm that consumed 16 square miles and killed more than 100,000 people.” While the moral ambiguity of dropping the bomb on Hiroshima is ignored entirely.

America, I’m afraid, remains trapped in the present tense, the everlasting afterlife of World War II. That may be the shadow clouding our reading of Putin’s 2022 invasion of Ukraine. It’s a mis-remembered history which come with lyrics from the great Bob Dylan: 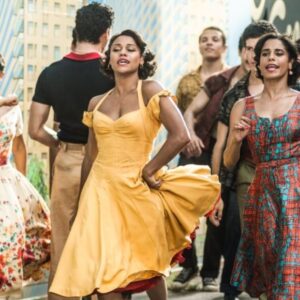 Steven Spielberg's take on West Side Story is up for seven Academy Awards: Best Picture, Supporting Actress (Ariana DeBose),...
© LitHub
Back to top