The Top 5 Literary Stories of the Year

With one day remaining in 2015, our look back at the top 50 literary stories of the year comes to a close. (To catch up on the rest of the list, head here, here, here, and here.)

5. The Year of Rediscovered Women Writers

You could call 2015 the year of rediscovering women: new collected stories by Clarice Lispector and Lucia Berlin topped almost everyone’s year-end lists. Clarice Lispector has long been a literary darling in Brazil, where she is fondly referred to on a first name basis. Now, nearly 40 years after her death, she is gaining long-deserved international recognition. New Directions published 86 of her short stories in The Complete Stories, and the literary world rejoiced; The New Yorker ruminated on her literary witchcraft, The New Republic declared that she will finally receive “the Bolaño treatment,” Slate proclaimed her to be a “genius on the level of Nabokov,” and Tin House celebrated with an entire week devoted to her.

Lucia Berlin has been called one of America’s best kept secrets. Born in Juneau, Alaska in 1936, she spent her childhood moving from mining camp to mining camp across the country. This experience is reflected in her stories, which offer an intimate and unflinching portrait of America’s working class. Although her work was critically acclaimed throughout her life, it never received wide circulation. To remedy this, Farrar, Straus, & Giroux released a collection of 43 of her stories, A Manual for Cleaning Women. A reissue can cause renewed fascination with an author. The interest in Berlin, however, is not simply a passing fad; her depictions of communities in the American West subvert stereotypes and expectations. The New York Times declared that “we’ve purchased a ticket for Raymond Carver territory here,” which is true, in a way. For although Berlin often draws comparisons to the male short story writers of the American canon, she is firmly situated in a trajectory of female writers. As her close friend Stephen Emerson succinctly puts it, “I can’t imagine anyone who wouldn’t want to read her.” We shared her story, “Tiger Bites” and former students of Berlin wrote about her mentorship and friendship.

Landing on nearly every major year-end list, Ta-Nehisi Coates’s Between the World and Me is certainly one of the most talked about and best-received books of the year. Following the shootings in Charleston, publication was pushed up three months; Random House’s official statement attributed this to a “combination of solid advance reviews and issues brought up by recent events.” One such advance review was from Toni Morrison, who stated, “I’ve been wondering who might fill the intellectual void that plagued me after James Baldwin died. Clearly it is Ta-Nehisi Coates.” Said Coates in response, “Man.” Between the World and Me went on to win the National Book Award for Nonfiction. In his acceptance speech, Coates dedicated the book to his friend Prince Carmen Jones, who was killed by the police in 2000:

I’m a black man in America. I can’t punish that officer. Between the World and Me comes out of that place. I can’t secure the safety of my son, I can’t go home and tell him, “It’s going to be okay, you definitely won’t end up like Prince Jones.” I just don’t have that right. I don’t have that power. But what I do have the power to do is to say, “You won’t enroll me in this lie. You won’t make me a part of it.”

This year, Coates was named a MacArthur Fellow and found himself on the President’s summer reading list, giving further credence to the claim that he is “America’s foremost intellectual.”

On January 7th, 2015, Islamic extremists murdered 12 people in the Paris offices of French satirical magazine Charlie Hebdo; in April, the Hebdo staff was honored by PEN America with the Toni and James C. Goodale Freedom of Expression Courage Award, a decision which lead to six prominent PEN members withdrawing from the organization’s May gala: Rachel Kushner, Michael Ondaatje, Peter Carey, Teju Cole, Francine Prose, and Taiye Selasi. In an email interview with the New York Times Peter Carey was quoted as saying:

A hideous crime was committed, but was it a freedom-of-speech issue for PEN America to be self-righteous about? [. . .] All this is complicated by PEN’s seeming blindness to the cultural arrogance of the French nation, which does not recognize its moral obligation to a large and disempowered segment of their population.

A further 200 writers and PEN members expressed their dismay at Charlie Hebdo being honored with the award, signing a letter of protest that, in part, said: “…there is a critical difference between staunchly supporting expression that violates the acceptable, and enthusiastically rewarding such expression.” The letter was signed by the likes of Junot Díaz, Lorrie Moore, Joyce Carol Oates, Michael Cunningham, Russell Banks, Geoff Dyer, Deborah Eisenberg, Ben Lerner, Rick Moody, Wallace Shawn, and Luc Sante.

Sides were taken, lifelong friendships were ended, and for many, the bitterness remains.

2. To Kill A Mockingbird Gets a Sequel

Until this year, Harper Lee was nearly as famous for having written only a single novel as that novel itself. In early February, however, it was announced that HarperCollins would publish a recently rediscovered sequel to To Kill a Mockingbird written by Lee 50 years ago. The celebratory atmosphere surrounding the news was short-lived as questions about its release began to emerge. The announcement of Go Set a Watchman came on the heels of Alice Lee’s death three months earlier. Alice, Lee’s sister, had served as lawyer, advocate, and protector of Lee and her estate for decades before retiring at the age of 100. Further complicating the picture were reports of questionable conduct by lawyer Tonja Carter, who took control of Lee’s affairs after Alice’s retirement. Michelle Dean’s 2014 piece investigating Marja Mills’s unauthorized book on Lee, The Mockingbird Next Door, includes a letter from Alice in which she laments that “Poor Nelle Harper can’t see and can’t hear and will sign anything put before her by anyone in whom she has confidence.” (Lee was severely debilitated by a stroke in 2007). That those close to Lee would choose to take advantage of her frailty was also not without precedent; a 2013 Vanity Fair report by Mark Seal details Lee’s lawsuit against her former agent, Samuel Pinkus, whom she alleged duped her into assigning him the copyright to To Kill a Mockingbird.

The suspicions surrounding Lee’s condition and the publication of Go Set a Watchman culminated in an official investigation by the State of Alabama into reports of elder abuse. Though the case was eventually closed and the allegations declared unfounded, many continue to feel that the book should not have been published. And while these questions around the novel’s publication may not have dented sales, its critical reception was another matter, with many reviews falling somewhere between deeply mixed and negative.

1. The Year of Big, Hard Conversations

This year, a series of explosive essays took the (white male dominated) publishing industry to task for its still shockingly prevalent prejudices (see items 9, 14, 22, 25, and 32 on this list). In May, Josephine Livingstone wrote a hilarious and resonant piece in which she argued that “too many literary readings are being both whitewashed and dick-washed by absurdly biased conversations.” The argument, as anyone who has ever been to a literary event can attest, is a valid one; though many readers couldn’t make it past the article’s title, “Ban Men from Literary Readings.” “I wish I was making this crap up,” laments one white male author. “I haven’t witnessed this myself, which forces me to question whether this is actually a thing.” Two months later, Elisa Gabbert angered the usual suspects when her Blunt Instrument column addressed whether white men should continue to write. Rationally, she advised, “culture—at least the subculture that’s important to you—no longer accepts the white male perspective as default. You can and should respond to this shift, but I don’t think the answer is to stop writing.” Personally offended men everywhere took to comment boards and thinkpiece writing. One such man argued against the “perversion of Privilege Theory [that] causes these young, educated progressives [to] believe that conspicuous introspection and self-sacrifice are optimal catalysts for an equitable society” and offered his own response.

In September, BuzzFeed ran two insightful and unflinching takes on race in publishing by Jenny Zhang and Mira Jacob. Zhang’s “They Pretend To Be Us While Pretending We Don’t Exist” responded to the Best American Poetry controversy. Outlining her experience as a Chinese American poet in a predominantly white MFA program and industry, Zhang delved into the microaggressions, absurd expectations, and difficulties that accompany being an actual writer of color:

What I get is people… erasing my work or dismissing me as just another co-opted writer of color. No wonder a white writer who doesn’t have to take ANY of this on could succeed using an Asian American pseudonym. Because that’s what my cohorts at Iowa wanted too, to have the right to a name that gave them an “edge” without having to endure racism, erasure, tokenization, self-devaluation, and the constant requests for free intellectual labor.

In her piece “I Gave A Speech About Race To The Publishing Industry And No One Heard Me,” Jacob recounts an attempt to deliver a speech about her personal experiences with racism in publishing (“when we talk about the sad statistics facing writers of color in publishing, they become just that: statistics. I wanted to back that up by talking about what it actually looks like.”). However, when she tried to do so, those in attendance talked over her. The speech, republished in full, is incredibly thoughtful and moving; one insensitive audience’s loss is the whole Internet’s gain.

The final bombshell of the year occurred with the publication of Claire Vaye Watkins’s speech, “On Pandering,” which questions who we write for. “Myself,” says Watkins, “I have been writing to impress old white men.” Having acknowledged her own internalized prejudices, and her own “invisible cloak of white privilege,” she suggests that we “burn this motherfucking system to the ground and build something better.” The responses, while mostly positive, pointed out that there are many types of pandering. In a Facebook post that sparked even more conversation, Marlon James argued that many writers of color pander to white women. James and Watkins discussed the piece on NPR, agreeing that the “arguments aren’t in opposition to each other” and both serve to expand the broader conversation.

Finally: we had the privilege of publishing two essays by Rebecca Solnit about the hypermasculine canon and literary mansplainers that broke the (or, at least our) Internet.

Here’s hoping these conversations augur an ever-widening dialogue in 2016. 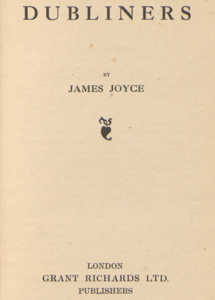 A ghostly light from the street lamp lay in a long shaft from one window to the door. Gabriel threw his overcoat and hat on a couch...
© LitHub
Back to top
Loading Comments...