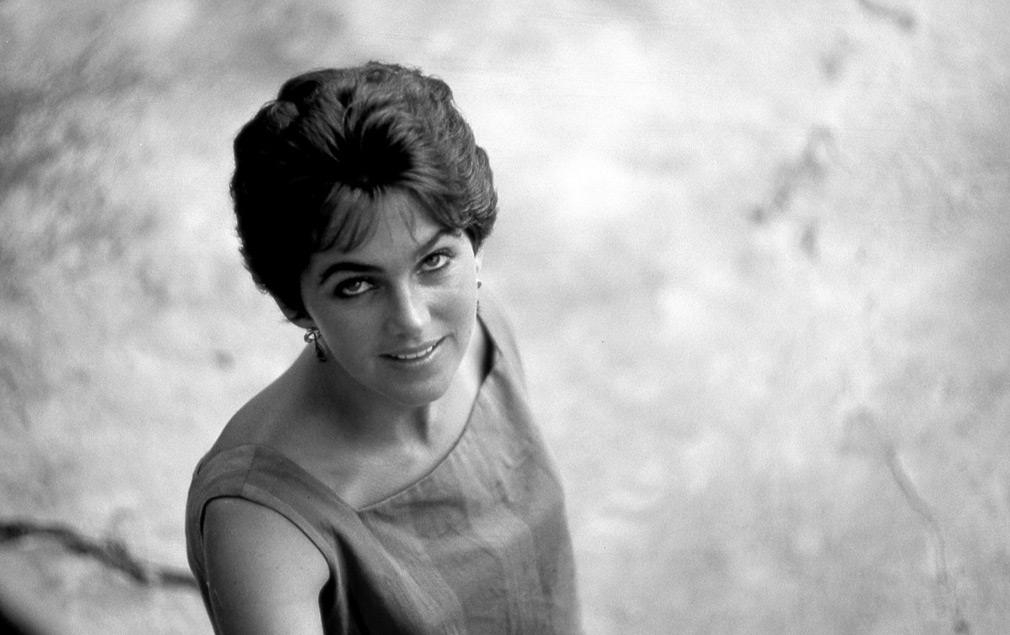 On the Literary Genealogy of Lucia Berlin

The double entendre in the title of Lucia Berlin’s new short story collection is a lot like the one in “To Serve Man,” Damon Knight’s science fiction short story made famous by an episode of The Twilight Zone. As in that classic example, it’s possible to interpret A Manual for Cleaning Women syntactically with “cleaning” as a verb, and “women” as its object, and there would be a bounty of evidence to support this reading: A Manual for Cleaning Women is full of women getting clean, women being cleaned up, women being cleaned up after.

But the titular story in the book is not about the act of cleaning women. It’s about the subject, about a woman cleaning houses. It’s telling that while the human man in Knight’s story first interpreted the aliens’ cookbook to mean in service of man before realizing he was about to eaten, the twist in Berlin’s title is likely the realization that “cleaning women” are the subject, and the manual their object. That’s exactly what Berlin’s work does: it picks up from the margins alcoholics, addicts, widows, and nightshift workers, the scorned, disgraced, and poor, and puts them at the center, right next to the rich, young, beautiful, and clean.

Influenced but not prescribed by autobiography, Berlin having inhabited most if not each of these various states during time spent in Santa Fe, Alaska, Santiago, Colorado, New York, Texas, and California, her stories are masterful. Exploring the monotony of a cleaning woman’s daily routine or describing underwater sex in a cove off a Mexican beach, her prose slips effortlessly but exhilaratingly between fierce and tender, her heroines funny and desperate and dying and resilient. Lydia Davis writes in her introduction that “These stories make you forget what you were doing, where you are, even who you are”—they’re that good. And what struck me particularly in reading them is how perfectly suited Berlin’s outsider’s gaze is to telling a particularly American form of the short story. Her uncanny use of colloquialisms and certain language ticks to create characters quickly and indelibly, and her ability to turn ordinary spaces like Laundromats and quotidian scenes of beach vacationers into whole ecosystems of personality, of humanity, with little action—they bolster an argument that a woman writer’s perspective is uniquely suited to dissecting a country of contradictions, a place where who is being cleaned and who does the cleaning is a vital question. And this isn’t news, that women, American women, are good and have long been good short story writers.

So why, then, do Berlin and others like her get compared so often and so predominantly to men? I don’t like admitting that one of my first thoughts was that Berlin displayed a Hemingway-like economy of language, his Cuba and Key West echoed in her Juarez and El Paso. In a story about trying to get her sons ready for school in suburban California in between early morning trips to the liquor store, I found the darkness and loneliness of John Cheever. And, of course, there is the hulking presence of Chekhov, who, though not American, is that be-all-end-all of short fiction mastery. Berlin has gotten the Chekhov, the Cheever, and Raymond Carver stamps of likeness on various descriptions of A Manual for Cleaning Women. It’s no wonder that the title plays on an assumption of women, at first, as objects before subjects. Because in short fiction, when we talk about masters, we’re typically, stubbornly talking about men, and this is especially the case for American short story writers.

Julie Brown lays out in her 1995 anthology on the subject many of the reasons why this phenomenon persists, and 20 years later they still ring true. For one thing, the much-discussed commercial difficulties of publishing short stories make it so that the well known in the field are only those authors that have made it out of obscurity, thus the constant invocation of the genre’s “masters.” And while other English-language countries, specifically Britain and Canada, seem to have slightly more well-rounded legacies, with Doris Lessing, Angela Carter, and Alice Munro often cited, the dominant narrative of succession in the United States goes something like this (from Brown): Irving/Melville/Hawthorne/Poe to Harte/Twain/Fitzgerald/Hemingway to Barth/Coover/Barthelme/Carver. Maybe it’s the prevailing sense that the best American short stories are muscular, lean (or my word: economical)—phallic.

In addition to the men on her book jacket, Lucia Berlin has been compared to Lorrie Moore and Grace Paley—they are a reminder that there is a long tradition of short story writing by American women, and that we should call them masters as readily and with the same gush of tribute and admiration that we do their male counterparts. What’s more, there are American women of color who deserve to take their places, too, among the “best.” I’m not calling for the men to be removed, necessarily; Berlin would certainly protest the loss of Chekhov, a great influence on her writing. But, as Clare Hanson writes in Brown’s anthology, “the short story has been from its inception a particularly appropriate vehicle for the expression of the ex-centric, alienated vision of women.”

So let’s start by considering a list of masterly American women writers in a tradition in which we can now situate Lucia Berlin, in the hope that they—and she—might more often grace the book jackets and catalogue descriptions of the future. This list is by no means exhaustive; rather, they are the names of some women whose work is particularly relevant in a conversation about Berlin. In fact, the inclusion of more women in the master’s circle should enable us to move away from our reliance on the category, with its basis, conversely, in exclusion. A Manual for Cleaning Women is, after all, a manual, intended to be shared. 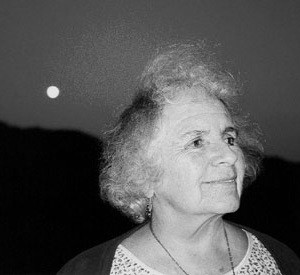 Paley’s debut collection, The Little Disturbances of Man (1959) contains the women, mothers, and working class of New York, but she shares Berlin’s authenticity of character and honest, humor-filled dissection of social mores. Later in her career, Paley’s work became more experimental and open-ended—in her second collection, a story features a father asking his daughter to write “a simple story” again, like Chekhov, to which she replies that she can’t: plot “takes all hope away.” 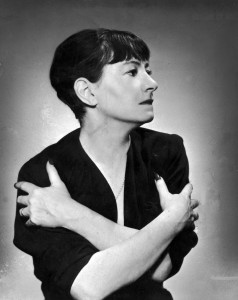 If Paley is a contemporary of Berlin’s, Parker is predecessor to them both. She perfected the witty, hard-drinking, girl-in-the-boy’s-club persona, and though she’s remembered somewhat for her poetry, she’s often noted as a friend to Fitzgerald and Hemingway rather than a fiction writer on her own merit. As Ken Johnson has suggested, many of the formal innovations in her stories—the long monologue, dialogue-only narratives—may have, instead, actually influenced them. And the messiness of her personal life and willingness to incorporate it into her work certainly resonate with Berlin. 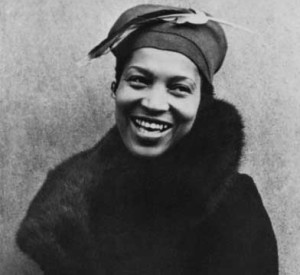 It’s important to remember that Hurston and Dorothy Parker were writing in New York at nearly the same time—that, while writers like Fitzgerald are recognized as canon-making during the period, the authors of the Harlem Renaissance are grouped instead into a historical movement. Before Hurston was writing her novels, she was contributing to several of numerous anthologies founded by and for black writers. Read “Sweat” (1926), about a washerwoman in south Florida and her abusive husband, with “A Manual for Cleaning Women,” and Hurston’s influence is undeniable, her anthropological gaze and attention to domestic detail clearly visible in Berlin. 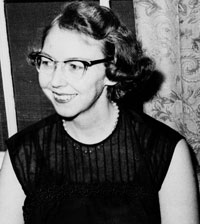 A generation later, O’Connor’s South is filled with well-meaning white people failing to impact a cruel and unjust world, and Berlin’s stories in Santiago and El Paso contain the same violence. Berlin and O’Connor also share a Catholic upbringing, though O’Connor’s work wrestles more with sin and divine providence—Berlin comes closer to outright rejection. They both have a taste for the macabre (O’Connor’s Gothic) and an interest in the elderly as flawed, overly nostalgic figures, as in the famous “A Good Man is Hard to Find”: Berlin’s story about her grandfather pulling out his own teeth comes to mind in comparison. 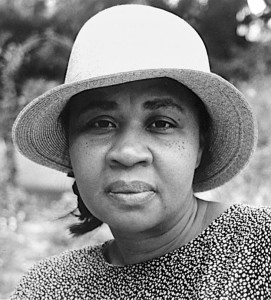 Kincaid’s prose-poem-as-short-story mode might differ from Berlin’s more conventional one, but her most famous story “Girl,” delivered in a set of instructions from mother to daughter, operates not unlike Berlin’s “Manual.” Both privilege female relationships and play with the indignities of insider/outsider status, in a staid presentation that belies their pain. Kincaid plays with genre, enacting a postcolonial interrogation of form that a novel or longer fiction might not allow. 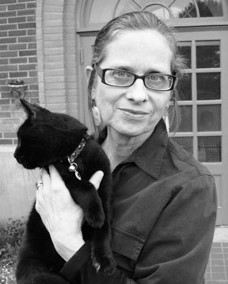 Prose-poem-as-short-story could also be applied to Davis, who might, ironically, be the most extreme example of the supposed economy of the best short fiction—a principle she subverts, however, by emphatically grounding her work in the experience of women. Davis’ prose floats on the page in wisps of short paragraphs, but her stories are as precisely and sharply written as arrows—pointed in their elucidation of the anxieties of relationships, unyielding in their confrontation with death, sex, and loss. Davis knows about trying to make rigorous art out of autobiography, which explains her reverence for Berlin. 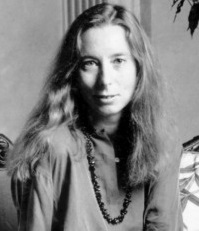 At one point considered the face of a whole generation of minimalist fiction in the late 1970s, Beattie crafted a muted, affectless voice that critics felt had never been truly captured before, writing about characters who were coming down from a heady era of counterculture with little feeling and even more dysfunction. Widely imitated, Beattie’s shrewd attention to people and situations that no one seemed to have distilled so expertly before is resonant of Berlin’s, whose work similarly gets at a particular time in postwar America. 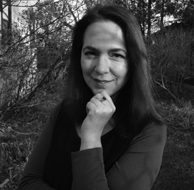 Lorrie Moore’s confessional writing has been a point of interest for critics, realism in her short stories, lightened by slick humor, that many are inclined to source from her life. Like Berlin was, she is resistant to such connections, instead focused on the satisfactions and inadequacies of language at a level that is nearly semiotic—in a story in her most recent collection, Bark, a narrator compares her son’s cutting himself to the scrawl on a tree or a picnic table: “mutilation was a language.” As with Berlin’s travelling cleaning woman, locating herself by the names of bus routes and familiar advertisements on benches, depression, enlightenment, sardonic wit and earnest feeling are all caught up in the act of navigation. 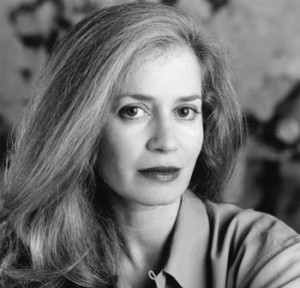 Amy Hempel is called a minimalist like Davis and Beattie, but she’s a master of the short story in perhaps the purest sense, having written and built her career almost solely in the form. Most of Hempel’s narrators are outsiders, and the darkness in her work is made all the more potent by the scant amount of words present. Hempel’s most well known work, “In the Cemetery Where Al Jolson Is Buried,” is about the narrator visiting her dying friend, and the proximity between humor and tragedy is echoed by the sisters in Berlin’s “Grief,” one out of cancer remission, one dying silently of alcoholism: their laughter masks a gaping disparity between what is felt and what is spoken. 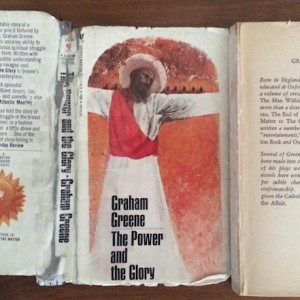 It is a sin, she said, to damage the spine. My elementary school librarian showed us a cracked book. The creases and wrinkles...
© LitHub
Back to top
Loading Comments...