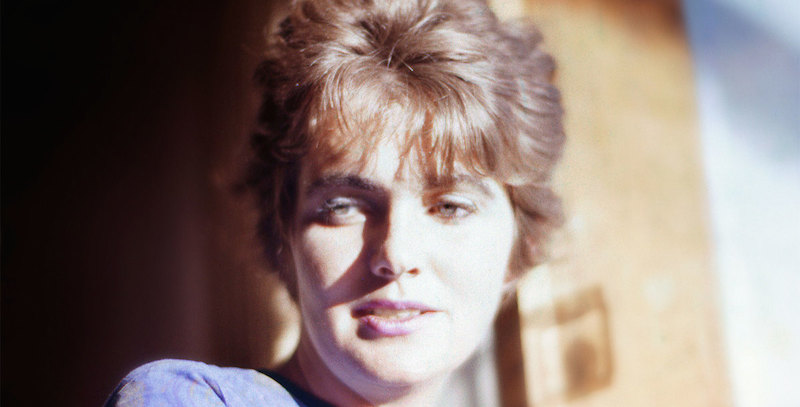 With the heralded publication this year of her selected stories, A Manual for Cleaning Women, Lucia Berlin has been thrust into the literary spotlight more than a decade after her death. Because her stories are autobiographical, readers are peering into her past, following her many lives, and perhaps wondering about what’s left unsaid, unwritten between the lines. As Berlin’s former student and ardent friend, I can assure the curious that she wrote it all down. She didn’t leave anything out. She would have called that mystery inessential.

As a mentor, Berlin cautioned students not to be coy, not to withhold information from a reader thinking that later you’ll treat them to a big reveal. She wouldn’t let us get away with “inessential mystery.” Berlin didn’t like games. She expected heart on every page and, though she called what she taught and wrote “fiction,” she expected and delivered the truth. And as fearlessly as she put the truth and the heart on the pages of her fiction, Berlin brought that same passion to the way she ran her workshops, teaching us not only how to improve our writing but how to be more effective writing instructors.

Novelist Erika Krouse, Berlin’s student from the University of Colorado’s master’s in fiction program Class of 1996, remembered that “Lucia would slowly walk into the classroom, oxygen tank trawling behind her, her perfume and soft voice crowding our graduate rivalries out.”

“It’s hard to be petty in the presence of such pain,” Krouse noted, asking, “And what is fiction but empathy on paper?”

“When we read a beautiful author (Michael Ondaatje, Paul Auster), our discussion of the books was reverent, like we were in some kind of literary church. ‘Look what he did there!’ Lucia would say. ‘Can you believe how beautiful this sentence is?’”

Krouse said she had been “taught cynicism in most of my other classes—Lucia taught me respect.”

And Berlin demanded respect. For the sentence, the characters, the writer, and most of all, the reader. She was adamant that we were making and wrapping little miracles when we write, important gifts for the important souls who’d receive them.

One of the most important gifts Berlin gave me outside of the impact of her stories and her friendship was her example of how to lead a writing workshop, which is to treat each student submission as a tiny miracle.

Berlin said it was a miracle any time anyone stopped his or her busy brick and mortar life to sit down and honor an act of the imagination.

That approach of honor, from the writer and from the workshop participants, is how I most succinctly describe what I call the “Berlin method.” Lucia taught me to have empathy for the students and to praise them effusively when you’re recognizing the effort, the actual fact that they’d created something.

She might not have liked the exact story you presented or have thought it was the most effective way to present it—and she’d later get to those critical aspects—but initially she would build you up so joyfully, laughing and crying with your characters and their human follies, that you knew how much she was rooting for the narrative’s success.

“She praised you so much so you’d believe her when she said no to something,” remembered novelist David Yoo, CU writing program Class of 1999. But it “never felt like blind praise or blind rejection,” Yoo acknowledged. It was “always carefully considered.”

Columbine author Dave Cullen wrote of Berlin’s mentoring in a Vanity Fair remembrance in September, “Lucia’s guidance was quiet and subtle, with one memorable exception: the tyranny of the preachy narrator. Write your characters as ghastly as you like, she said, but get off their backs.”

Cullen continued in the article, “Chekhov was her hero, for his fierce discipline toward impartiality. A princess and a chambermaid, she said Chekhov would treat them exactly the same.” Lucia said most writers were likely to undermine the princess, Cullen remembered. “And the maid didn’t need my pity or false praise.”

Berlin applied that same impartiality to genre; she made no hierarchical distinctions between literary fiction and science fiction, mystery, young adult, or romance. According to her former student Jenny Shank, CU class of 1999 and author of the novel The Ringer, “Lucia believed in equality among all writers—no matter whether they were published or not, or what genre they happened to write in. For a literature class she taught, we’d read a mystery by Walter Moseley alongside Laughter in the Dark by Nabokov. She thought you could learn from all kinds of different writers.”

“Lucia didn’t have any patience for distinctions between published and unpublished, small press and major press,” Shank remembered. “If you were a writer—and she anointed us all as writers—you were equal to any other writer who’d ever struggled to set words down on the page.”

Cullen said Berlin treated her students’ writing the same way she treated her own: “She was brutally honest, yet compassionate, the way she was with her characters.” He realized “she instilled candor.”

Though despite the candor she called for, Berlin emphasized the miracle of even early drafts, seeing in their raw potential the same raw potential she scratched out of all her students. As Cullen admitted in his VF profile, “She confessed years later, once I’d become a real writer, that she’d seen no hope for me that first year (of the masters program).”

I had a similar experience. Berlin told me years after I’d graduated that she hadn’t understood how, in grad school, I’d had so many workshop pieces published. Ten years later, she told me she felt guilty for not having believed more in my early stories. I told her it didn’t matter because I had known she believed in me, and despite that she didn’t always think my stories were good enough, she made me feel like they were the best things I could have written.

That is the crack in Berlin’s call for ultimate truth. She made room for “Christmas lies,” as my mother calls them, the temporary lies that would fall away effectively when actual truth approached. Berlin may have called this idea “essential mystery.”

Krouse shared the following anecdote that illustrates the Berlin method of the Christmas lie: “Once Lucia invited poet Staci Haynes and I over to her small house on Maxwell Street. Long oxygen tubes strung her kitchen like Christmas lights. A pot on the stove simmered with cinnamon and cloves to perfume the air. She fed us vegetables, read our palms, read our cards.”

“Lucia used a deck of playing cards with the numbers only on one end,” Krouse remembered. “At one point, Staci asked some big question—one of those ‘Will I ever?’ questions. The card Lucia pulled was upside down, which meant No—I knew that much, and Staci didn’t. Lucia’s face flickered between lie and truth, and then she quickly chose the lie: ‘Of course you will,’ she told Staci. ‘Yes, be patient.’ I loved Lucia for that—the empathy, the lying.”

Cullen also mentioned love when asked what Lucia taught him. “The greatest gift Lucia gave me was telling me she loved me. She was the first friend ever to do that, and she said it all the time. She said it so effortlessly, I was able to say it back,” Cullen said. “It changed me.”

Honored. Loved. Considered. Respected. Egalitarian. Berlin made her students feel as if they were miracles. And I believe that was the essence of her teaching. Recognizing the miracles is my interpretation of the Berlin method.

Erika Krouse is the author of a story collection, Come Up and See Me Sometimes, and a novel, The Contenders. She teaches at Lighthouse Writers Workshops in Denver, and received the 2014 Lighthouse Beacon Award for teaching excellence.

David Yoo is the author of three novels and a recent collection of essays, The Choke Artist. He teaches in the MFA program at Pine Manor College.

Dave Cullen wrote the New York Times bestseller Columbine and is a frequent television analyst. He is currently writing a book about two gay soldiers for HarperCollins.

Jenny Shank is the author of the novel The Ringer and many short stories, essays, and articles. She is a faculty member in the Mile High MFA program at Regis University.

Chip Livingston is the author of two books of poetry and a recent story/essay collection, Naming Ceremony. He teaches in the low-res MFA programs at Institute of American Indian Art in Santa Fe and at Regis University in Denver.

Chip Livingston is the author of the short story and essay collection NAMING CEREMONY (Lethe Press, 2014) and two poetry collections, CROW-BLUE, CROW-BLACK (NYQ Books, 2012) and MUSEUM OF FALSE STARTS (Gival Press, 2010). His writing has appeared recently or is forthcoming in Ploughshares, Prairie Schooner, New American Writing, Indian Country Today, Cincinnati Review, and on the Poetry Foundation’s and Academy of American Poets’ websites. Chip is on the creative nonfiction faculty at the Low Rez MFA program at Institute of American Indian Arts in Santa Fe; he is on the poetry faculty at the low-res Mile High MFA program at Regis University in Denver.
http://www.chiplivingston.com 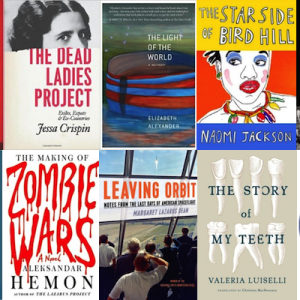 We asked our friends at the NBCC (the National Book Critics Circle) to come up with some of the books they loved that maybe...
© LitHub
Back to top