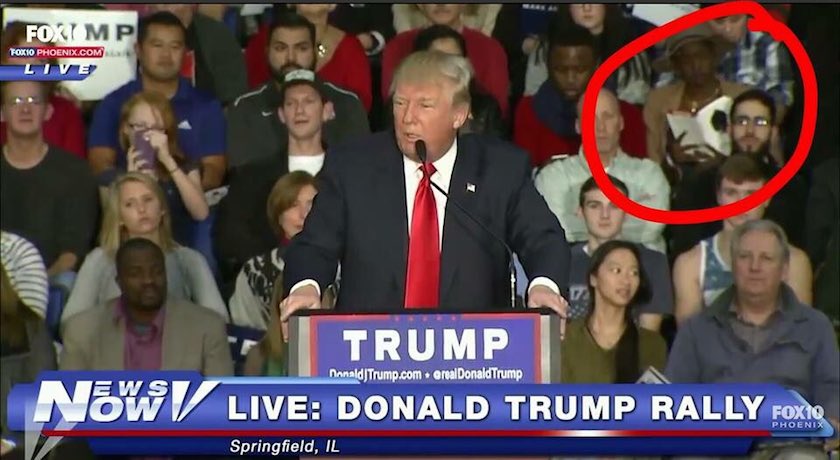 In decades-old author deaths: Newly released documents revealed that Franco-era officials were involved in the 1936 death of Spanish poet and playwright, Federico García Lorca. The Guardian reports that the police files on Lorca “describe him as a ‘socialist and a freemason,’” about whom rumors swirled of “homosexual and abnormal practices.” And, four decades after Pablo Neruda’s death, who died 12 days after the 1973 coup led by Gen. Augusto Pinochet, the Chilean government has said it is “highly probable” that “third-party intervention” was the cause. A judge allowed his body to be exhumed, and examiners determined that the military may have poisoned him.

Poet-provocateur Kenneth Goldsmith once again made headlines last March after reading a “remixed” version of Michael Brown’s autopsy report as part of Brown University’s Interrupt 3 conference that ended with the line, “The remaining male genitalia system is unremarkable.” The piece, titled “The Body of Michael Brown,” drew widespread criticism from the poetry community for Goldsmith’s “appropriation of black suffering under the waving standard of ‘conceptualism,'” and for his statement following the performance, which evinced little sense of remorse. At Poetry Foundation’s Harriet blog, CA Conrad solicited a series of responses to Goldsmith’s piece from across the poetry community, while Lillian-Yvonne Bertram connected “The Body of Michael Brown” to Vanessa Place’s then-ongoing Gone With the Wind Twitter project. The Mongrel Coalition Against Gringpo, who were also involved in leading the charge against Goldsmith, called for specific friends of Place to denounce her. Poet Trisha Low wrote a nuanced essay for Open Space about feeling simultaneously disgusted and implicated by Goldsmith and Place (the former published her first piece of work in his anthology, Against Expression). In October, Alec Wilkinson wrote a story for the New Yorker about the incident and its attending controversy that described Goldsmith’s position as “beleaguered,” drawing fresh criticism from many poets—notably Cathy Park Hong, who had been one of Wilkinson’s interview subjects.

Gregory Pardlo won the Pulitzer Prize for poetry in April, while he was attending Columbia University’s MFA program, for his book Digest. In October, Pardlo took part in a panel on race and gender in publishing where he shared that despite publishing in mainstream journals and winning “that prize,” he was still faced with the questions of “what is it that is making me invisible?” At Lit Hub, Pardlo talked to Tracy K. Smith about publishing, manifestos, and children.

In October, Marlon James won the Man Booker Prize for his novel A Brief History of Seven Killings, becoming the first Jamaican writer to receive the prestigious award (and simultaneously sticking it to those who considered him a long shot). After the win, he spoke to Vogue, GQ, and our own John Freeman about music, masculinity, leaving Jamaica, and more. For bonus James content, check out his appearance on NPR’s All Things Considered or pick up one of the five must-read Jamaican novels he recommended for us.

“Amazon opens a bookstore.” For those of us concerned with the health and survival of brick and mortar bookstores—and that would include all of us at this website, and the great majority of our readers—these were odd and disquieting words to encounter. What does it mean? We asked ourselves. And then Dustin Kurtz, for the New Republic, went there himself and figured it out for us:

The store is aggressively inoffensive. It is nice only insofar as it is bland and has good lighting and they let a customer take his pretty chill dog in. The store is the physical incarnation of a monolithic business of immense wealth that is changing the face of literature itself, but from within it is all very boring, very safe, in an upscale grey palette kind of way.

10. Ebook Sales Down, Bookstores Up

Could Amazon opening a bookstore have anything to do with the BOMBSHELL news that ebook sales declined in 2015, the year that digital was supposed to overtake print? Probably not, but we’re going to put these two items side-by-side anyway. As reported by Alexandra Alter in the New York Times (she calls it a “plot twist” rather than a BOMBSHELL), ebook sales fell by ten percent in the first five months of 2015 which, set against the growth of physical bookstores (the ABA reports 2,270 member locations in 2015, compared to 1,660 in 2010), paints a rosy narrative for lovers of the physical book. Which is us. And you, probably.

9. Literary Yellowface and the Case of “Yi-Fen Chou”

The story of Michael Derrick Hudson’s use of a Chinese pseudonym is laughable and sad, and would be worthy of our contempt and dismissal if it not did speak to larger problems of appropriation in the literary world (see 14, above). After his poetry was rejected “over 40 times” (that’s a lot?), Hudson began submitting his poem under the name Yi-Fen Chou, and it was accepted for inclusion in The Best American Poetry, 2015, edited by Sherman Alexie. Scandal and outrage ensued, for good reason, and perhaps Jia Tolentino had the best summation of the whole thing: “Identity politics, with the great rivers of well-meaning smarm and short-sightedness that run through it, is exhausting enough when leveraged for basic equality; when leveraged for a white man’s ability to get published, the whole thing feels unredeemable.” Alexie’s response wasn’t so bad, either.

International literary mega-stars Karl Ove Knausgaard and Elena Ferrante both saw the fourth volumes of their series released in English (translated by Don Bartlett and Ann Goldstein, respectively). Both are deeply personal, intimate accounts of individual lives that seem to be autobiographical. With Knausgaard, at least, this is certainly true; he is not one to shy away from an interview, allowing us to continually behold his “wolf’s mane of silver hair, ice-blue eyes and craggy woodcut features,” “jagged face, thick, sweeping gray hair, and a penetrating blue-eyed stare,” “strikingly handsome face, a writerly beard and a thick mane of swept back silvery hair” and many a half-smoked cigarette. Ferrante, however, refuses to admit any details of her personal life, including her name. As she wrote in a letter to her Italian publisher, “I’ve already done enough for this long story: I wrote it. If the book is worth anything, that should be sufficient.” However, this year we were graced with three separate interviews (all of which are very worth reading).

7. The Year in Franzen

Jonathan Franzen did a lot of Franzening this year. Sure, Purity came out to much fanfare, but in one of our favorite literary scandals of 2015, he angered the Audubon Society so greatly that they referred to him as “‘Bird Lover’ Jonathan Franzen” (a very aggressive usage of quotation marks). To earn the ire of his bird-loving peers, he wrote a New Yorker piece disputing their claim that climate change poses the biggest threat to avian life. He, being Jonathan Franzen, was more worried about stadium glass. We didn’t reach peak Franzen, however, until he casually mentioned in an interview that he had considered adopting “an Iraqi war orphan” to help him better understand today’s youths. And he was published on the side of a burrito bag!

When Claudia Rankine’s Citizen was published in 2014, page 134 read “November 23, 2012 / In Memory of Jordan Russell Davis.” In its 11th printing, it now contains the names of 18 men and women killed by the police and, hauntingly, blank spaces for future victims. In a year where institutionalized racism and police brutality rose to the forefront of our cultural consciousness, Citizen has become one of the most-discussed contemporary poetry collections in recent memory. Already highly lauded, theatricalized, and the first ever dual-category NBCC finalist, it became a viral sensation when a Trump rallygoer refused to put down her copy. This is truly poetry that does something. 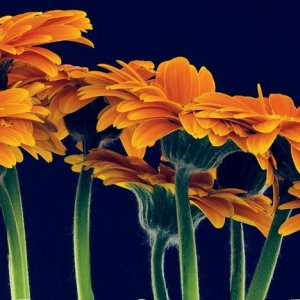 As winter begins, cheers ring out for a 200-year-old Jane Austen masterpiece. Award-winning critic Adam Kirsch weighs in on Emma,...
© LitHub
Back to top
Loading Comments...