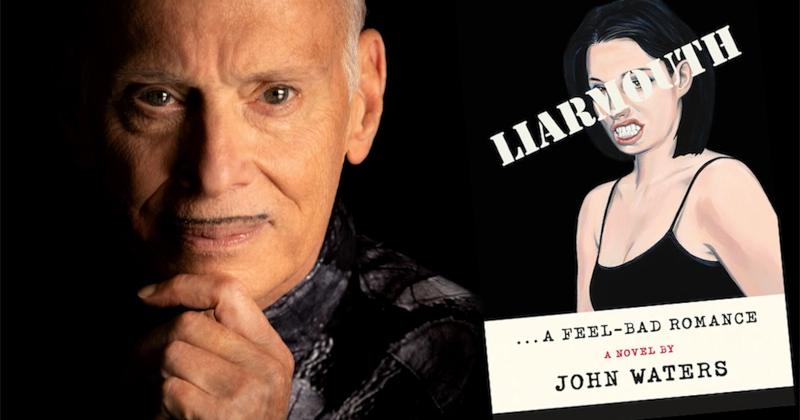 The Pope of Filth is bringing his filthy novel to the big (filthy) screen.

In what marks a glorious return to filmmaking after a nearly 20-year absence, John Waters (Baltimore’s favorite son and American cinema’s favorite degenerate) will write and direct an adaptation of his 2022 debut novel, Liarmouth: A Feel-Bad Romance.

The adaptation, to be produced by Village Roadshow Pictures, will be Waters’ first time behind the camera since 2004’s A Dirty Shame.

Described by Library Journal as “a nonstop smorgasbord of theft, deceit, and rancor fueled by an unrelenting, unabashedly sexualized comic genius,” and by Molly Young in the New York Times as, “a maze of anarchy that is fully legible only to its creator,” Liarmouth is the story of three generations of women (a cosmetic surgeon for pets, a mendacious suitcase thief, and the owner of a shut-down trampoline park) who conspire to confront and/or kill one another.

“Liarmouth is the craziest thing I’ve written in a while, so maybe it’s fitting that my novel was shocking enough to jumpstart the engine of my film career,” said the Pink Flamingos, Hairspray, and Cry-Baby director. “I’m thrilled to be back in the movie business, hopefully to spread demented joy to adventuresome moviegoers around the world.”

You can read an excerpt from Liarmouth here.