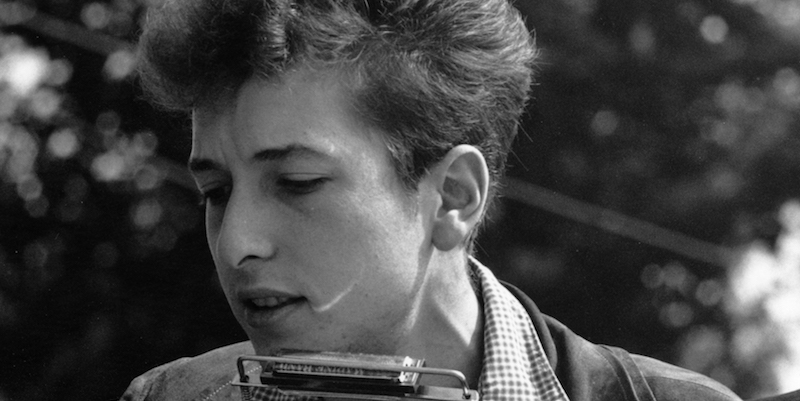 Clinton Heylin on the Creation of an Artist

A great deal has been written about Bob Dylan’s early musical influences, but little about his literary interests and their formative impact on this troubled troubadour. Yet it was three extracurricular volumes he read in 1959–60, whilst still ostensibly attending college, which would first codify that peripatetic poet/performer persona. Those three books were Mexico City Blues and On The Road by Jack Kerouac and Howl & Other Poems by Allen Ginsberg.

The first of these had just appeared. Mexico City Blues—subtitled 242 Choruses—had been turned down by the publisher of Howl, City Light Books, in 1957, finally being published by Grove Press in 1959. And though we would have to wait until 1985 for Dylan to namecheck the book in song (“Something’s Burning Baby”), in 1975 he told Ginsberg at Kerouac’s Lowell graveside, “My good friend Dave Whitaker gave me a copy of this book . . . in Minneapolis in 1959 [and] it blew a hole in my mind.”

To Dylan’s impressionable mind, what Kerouac called “spontaneous composition” “made perfect sense.” As a result, even as he was developing a folk revivalist repertoire culled from Odetta, Lead Belly &c., he was trying his hand at page-bound poetry. And thanks to the sale at a 2005 Christie’s auction in New York of a 16-page folio from this time, entitled Poems Without Titles, we have a sense of the poet he aspired to be. As the catalogue copy perceptively notes, the young “Dylan . . . [had] created a literary style heavily influenced by the beat poets . . . [with] a casual humor and a delight in vulgarity that wouldn’t be seen again in his work until his so-called basement tapes.” In one poem, Dylan even mockingly namechecks the curriculum-friendly work of T. S. Eliot, putting the poet’s words in the mouth of a pretty coed vainly trying to impress him, unlikely as such a scenario seems:

Conversing with Irish neophyte Bono in 1984, Dylan would cite Howl, On The Road and Dharma Bums—but not Mexico City Blues—as books “that changed me.” Two decades later in Chronicles, he would suggest it was a combination of Kerouac, Ginsberg and Gregory Corso, what he called the “On The Road, Howl and Gasoline street ideologies,” that to him signaled “a new type of human existence” not to be found on the radio—or if so, only at night, to the left hand of the dial. For a while, he devoured anything with a City Lights spine but, hardly surprisingly, this college freshman who liked to claim he was expelled from English class for using a four-letter word had yet to find a voice he could call his own.

Though these early poems lack any real literary merit, and have no date, the way that Dylan signs almost every one with his new alias, and even randomly adds the word “Dylanism,” suggests he was still trying the name on for size. For now he would be happy to sign his work. 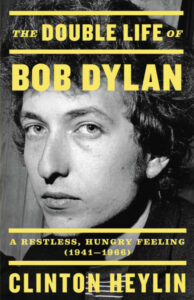 Clinton Heylin was described by Rolling Stone in February 2016 as "perhaps the world's authority on all things Dylan." Aside from his definitive biography, Dylan Behind The Shades, which remains in print more than twenty years after publication having twice been revised, he also has published two bulky volumes detailing the histories of all 610 original Dylan songs, Revolution In The Air and Still On The Road. His previous works on Dylan include Stolen Moments: Dylan Day By Day and The Recording Sessions 1960-1994. 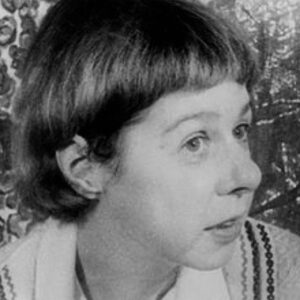