On Poetry, Resistance, and the Shift from Sadness to Resolve

This past Wednesday half the country woke to the harsh realization that Donald Trump had defeated Hillary Clinton in the 2016 Presidential election. What followed—and continues still—was some combination of shock, despair, and fury.

Many are grieving for a vision of America that now feels dead. Some are in a state of deep, stunned mourning, while others are letting anger and action move them forward—most are struggling for a balance between the two. The stakes are high for all of us, for the planet, but they are so much higher for people of color, Muslims, LGBTQ Americans, immigrants, women—all of whom have been made into targets by the ugly rhetoric of the campaign and its relentless exhumation of this country’s foundational ugliness.

As many do in times of acute distress, when the heart craves artful distraction and the mind seeks moral feeling, people have turned to poetry. And while I tend to agree with Auden that “poetry makes nothing happen,” there are moments of rudderless despair when a poem can be a lifeline to solid ground. Some might say there is privilege and indulgence in the consolations of art when so many lives are at stake, but in this dark moment there is no one way to respond, no timetable we can impose on how sadness shifts to resolve.

Stanley Kunitz’s “The Testing Tree” was one of dozens of poems that showed up in my timeline on Wednesday, these lines specifically:

In murderous times / the heart breaks and breaks / and lives by breaking.

So even as our hearts break, we go on living. For our part, as a publication invested in the power of books and literature, I think now is the moment to throw out lifelines, to do what we can to offer even the smallest antidote to the kind of despair that makes so much sense this week.

But, to forestall despair is to create a useful space for anger and action, which will come next, and which will not stop. I firmly believe the literary is political and, as such, Literary Hub will use its platform (as we have tried to thus far) as a space for bearing witness and calling to action, for testimony and prosecution, for lamentation and, when possible, celebration. A space for the many and wonderful literary voices that make up our real America.

Today at Lit Hub we offer reflections on mourning and hope (Garnette Cadogan, Edie Meidav, John Berger, Heather Wells Peterson), a reading list of poems that help give us the life and resolve to keep going, and suggestions for literary diversion for those hopeless moments when the real world seems irredeemably cruel.

Next week—and the weeks to come—we will be looking to our nation’s great writers for calls to action, moral resolve, instructions in resistance, and, above all else, reminders of our humanity.

The Words and Work of Leonard Cohen 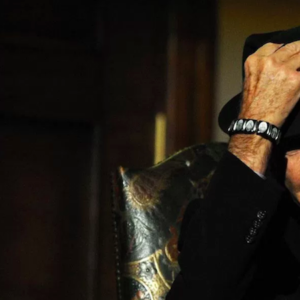 The Words and Work of Leonard Cohen

For those who were thinking 2016 couldn't get any worse, it just did. Last night, Leonard Cohen, beloved poet, songwriter,...
© LitHub
Back to top