On the Morning After, and Moving from Mourning to Hope

Edie Meidav on Grief and the Resistance to Come

That sound you hear across the land comes from thousands of pencils being sharpened, the click of our keyboards. Many people will weigh in: how right we were! Or: how could we not have known and why didn’t we do more? Why did we only mobilize, if at all, in the last month? There will be marches on Washington, protests, riots, police-state gestures, further resistance. Your feeds and messages will reflect your known genomic preferences, presenting you with a fittingly solipsistic picture, jubilation or despair. Carl, a kindly, decent, former ballplayer who maintains a local pool in a liberal town, wearing a Yankees cap the morning after the election, said he never talked politics much with others because in these parts no one agrees with him. Why did Carl vote for Trump? Tired of business as usual, he says, he trusted Trump’s business instinct, and distrusted how Hillary was followed by scandal while our new president was not. “He will keep us safer,” he said, echoing the conscious thought of many, a first cause. “And will surround himself with good people.”

Regarding all Trump has said against Muslims, Mexicans, women, pregnant women, “the blacks and gays” and any other group which has had to fight for its right to exist, regarding the taint on Trump from the endorsement of the KKK, Carl has a tirade we have heard: “The media is against him. It’s part of the same establishment that created Hillary. The good thing about Trump is he is not a seasoned politician which means when he says things, he doesn’t really mean them.” This, too, was not the first time I heard someone playing therapist to the man who—I never thought I would have to think this, let alone say it—will be our next commander-in-chief. Many people who voted for him clearly have more basic good in them than their wizardly icon behind the curtains and so project higher ethics onto him more readily.

Like many, rosy-lensed as I tend to be about human nature, I can see no good in Trump.

I didn’t tell Carl that I woke, as many did, with ancestral dread deep in my craw, despair on many levels. All my father’s family was killed back in the 1930s, and it is hard to shake the feeling that they will come for me now. This morning, many members of many groups are feeling this exact sentiment. The environmental advances waiting to be overturned, the civil liberties gained over generations potentially lost.

This does not even touch the most immediate question: what should I tell the kids?

So much of this election’s conversation has circulated on archetypes of parenting and development. Some voters clearly craved the protective if unpredictable daddy. Like victims of abuse, they sought the higher ideal of this father, a form of Stockholm syndrome. Other voters sought to align themselves with other archetypes: the adolescent rebellion held in the idea of a hell-raiser like Bernie or a first woman president; the maturity in the woman seasoned by difficulty who knows what will raise us higher; the celebratory, idealist sister or the all-knowing mother; the scolding grandmother who just happens to be right. In all these icons lived what many of us can see as a higher ideal.

This morning after the election, to be the parent I wanted to be—like a president, a steady container for the visions of those in her house—I had to project a confidence that this deal was not so raw as it felt. The night before, our family had gone to a party in which, along with gag Trump treats, gag toilet paper, 75 guests united in a bunker mentality, the kids calling out stats from Broward county, producing a rare moment of unified political feeling in our own little progressive trench. The kids could have gone to sleep and woken to the rare treat of seeing the liberal fairy tale of their parents fulfilled. Instead, some bad orange elf came out to steal our complacency.

This bleary morning after, I have only to trust in the pendulum swings of history. Just as cultural backlash tends to move in 13-year cycles, the gift for this youngest generation will be a heightened attention to social justice, continuing a direction inaugurated by the millennials. Which leads us back to this question: what can we do as parents, teachers, models for our next generation? Underneath this, the ghost plaint: how could it happen here?

A rich source of hope lives in this: we can remind them of those who never had the privilege of being complacent, those who fought for and against so much. The early suffragettes, Dorothy Day, Martin Luther King, Mandela, Harvey Milk, Ayaan Hirsi Ali, all those who knew an unjust system and knew to keep their calm and then continue on fighting the bullies. If we pass this on, this one message, that alone might spell hope. Perhaps a generation will unite all the more in protest. If the pendulum of history has swung one way, in this most divisive battle ever for the American presidency, is it wrong to hope the swing back might let our collective quest for our higher natures end up more of a uniting state of mind? If winter is here, can spring be far behind?

Edie Meidav is the author of novels (FSG​, ​Houghton Mifflin) and KINGDOM OF THE YOUNG​, a collection of short fiction with a nonfiction coda (Sarabande, 2017). She teaches in the MFA program at UMass Amherst​ and is​​ @lolacalifornia​. 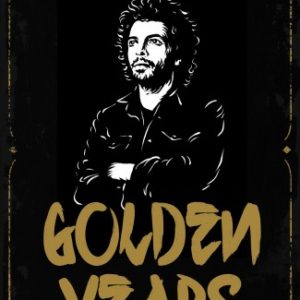 Inﬁnite wisdom hidden below and above or not hidden at all but smiling and waving, beckoning. We were never hungry growing...
© LitHub
Back to top