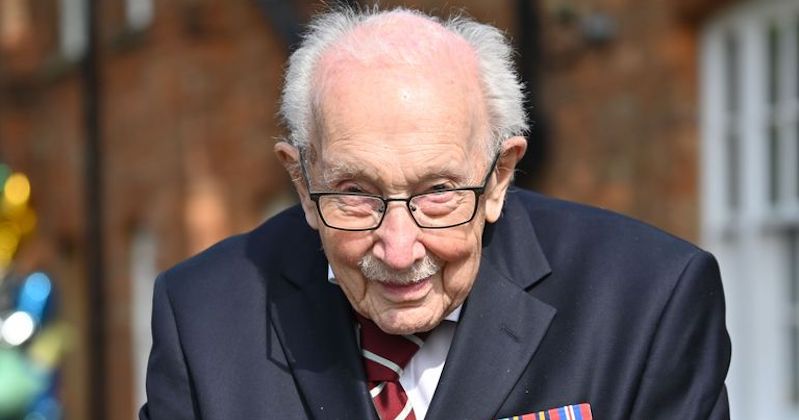 The 100-year-old man who raised £32 million for the NHS is publishing two books this year.

Britain’s most recent national hero, the centenarian Captain Tom Moore, will mainly be remembered not for his service during World War II but for his equally admirable efforts during the coronavirus pandemic.

You might have heard the touching story: while in lockdown, Moore, aided by a walker, decided to walk 100 laps around his garden in a fundraising campaign to support Britain’s embattled National Health Service.

He’d hoped to raise £1,000 before his 100th birthday on April 30th. By the time Moore was given the Freedom of the City of London award a couple of days ago, a high civic honor, he had encouraged his compatriots to contribute more than £32 million (about $40 million).

Moore was just an infant when the Spanish flu pandemic ended. His charity fundraiser inspired a nation and Moore was sent more than 25,000 birthday cards when he crossed the century mark.

It’s been recently confirmed that Moore will publish two books this year, the proceeds of which will go toward his new foundation, the Captain Tom Foundation, which will support hospices, elders dealing with loneliness, and bereaved families.

Moore’s autobiography, Tomorrow Will Be A Good Day, is due for a September release and will describe some of his war and travel experiences, including a brief time in competitive motorbike racing and a visit to the Himalayas in his nineties.

Following that, an untitled children’s book—based on the story of Moore’s own 100 laps—will come out a month later.