Our Favorite Stories of the Year

On Monday, we presented our ten most-read Literary Hub stories. Today, we’re happy to reveal our personal favorites: in some cases these stories reached the large audiences they deserved, in other cases, they did not. Though we do everything we can to bring readers to the site, we also realize that numbers cannot be the final arbiter of what matters, what is smart, what is heartfelt, what is essential to that thing we call literary culture. It was our great privilege to publish so many wonderful writers this year, and the following list represents but a fraction of our favorite writing at Literary Hub in 2015.

Young Black Writers, After Michael Brown: We asked 12 writers to reflect on the year in America after the murder of Michael Brown. Their responses were powerful and full of grace, reminding us why, as a culture, we need to celebrate and support our storytellers; for it is their job, their vocation, to see us clearly—at our best and our worst—and to tell us the truth. With thanks to Roger Reeves, Rachel Eliza Griffiths, Rion Amilcar Scott, Angela Flournoy, Morgan Parker, Kiese Laymon, Danielle Evans, Khadija Queen, Sarah Labrie, Hope Wabuke, Yahdon Israel, and Metta Sáma. (Jonny Diamond)

How to Draw a Novel, Martin Solares: It is not often, when editing a site about books and literature, that one has the opportunity to commission a series of GIFs. So it was with great joy that I asked illustrator Benjy Brooke to set in motion Martin Solares’s whimsical line drawings, in aid of further explication of the different shapes a novel might take. This story was one of the first we ever ran—it’s been all downhill since then. (Jonny Diamond)

Claire Messud: Why I Write: Claire Messud’s expansive meditation on the origins of her writerly self drifts elegantly from the cosmos to Kant to a childhood in Toronto, reminding us of the conjuring power of the storyteller. On the why of it all, Messud quotes Eliot: “These are the fragments I have shored against my ruins.” (Jonny Diamond)

My Haunted Honeymoon, Hermione Hoby: Centering around a ghostly encounter with (the fist of) Frida Kahlo, Hermione Hoby’s essay is a nuanced exploration of idolatry, image, and consumption in its many forms. (Jess Bergman)

Digging Through Kathy Acker’s Stuff, Dodie Bellamy: Equal parts moving and uncanny, Bellamy’s piece memorializes Acker without mythologizing her and intelligently probes one of grief’s most common expressions: the way we hold on to totemic objects as a means to feel closer to the dead. (Jess Bergman)

In Praise of the Book Tower, Susan Harlan: Ostensibly offering decorating advice for the book hoarder, this essay begins with Harlan fending off cyberbullies and culminates with a critique of capitalism. I, like Walter Benjamin, am now a full supporter of the book tower, both theoretically and aesthetically. (Blair Beusman)

The Ballad of Steinbjørn Jacobsen, Eric Wilson: Somewhere very high up on my list of favorite things is unlikely friendships, so I was obviously very moved by this piece. Written by the translator hired to interpret for a visiting Faeroese poet (a “living, breathing” piece of folklore), it chronicles the linguistically-inhibited bond formed between the two men as they travel across America. (Blair Beusman)

Knausgaard Writes Like a Woman, Siri Hustvedt: Through the lens of Karl Ove, who apparently does not see women as competition, Hustvedt interrogates the deeply ingrained prejudices in our perception of reading, writing, and emoting. When men do things women do, they assume a gravitas denied to the strictly feminine. This tension was an integral part of the novel’s history and development, and the patriarchy clearly still loves a good binary. (Blair Beusman)

Is Topeka the Most Poetic City in America?, Amy Brady: I have never been to Topeka but this almost-critical analysis of the strange number of poets that come out of there is a fascinating read. To answer the question posed by the article: definitely maybe. (Emily Firetog)

A Race Against Time: Editing Saul Bellow’s Last Novel, Beena Kamlani: Editor Beena Kamlani wrote about working with Saul Bellow on his last novel, and even without knowing that it’s a touching recollection of a great friendship, the first half of this sentence should automatically make you want to read it. (Emily Firetog)

Rise of the Narco, Fall of the Vocho, Álvaro Enrigue: A coming of age family story unlike any other I’ve read, tracing the history of a dictatorship, a nation, and a dependable compact car made in Germany. (Emily Firetog) 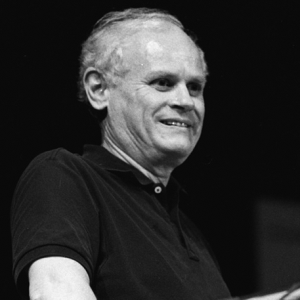