How to Read a Russian Novel set in the Moscow Metro

It can be difficult to take good pictures of great architecture. Perhaps it’s impossible. Not because the pictures won’t be any good; in fact, it can be so easy to make beautiful images by pointing a camera at beautiful buildings that it can feel like cheating. But the things that make great architecture great can’t be reduced to a flat, visual image, and might be precisely what will be lost in the translation. Places are built to be inhabited, in time and in space, to be felt and smelled and wandered. If a photograph can remind you of a place you’ve visited, and might trigger memories, sensations, and associations, the beauty of a photograph will often be precisely the extent to which it cleans up the excess, simplifying the dense texture of lived space into a flat wash of colors and lines. And the nostalgia buried in every image—the bittersweet absence of the place—has something to do with the lost place, entombed in the image.

This might be the reason there are no photographs in Hamid Ismailov’s recently translated novel, The Underground. Were you to read The Underground in the original Russian—which is entitled Мбобо, the protagonist’s nickname—you probably already know how architecturally stunning the Moscow Metro is, and don’t need to be reminded. The novel seems to presume that you do, referencing places and sights with the casual familiarity of citizens with shared experiences. This means, however, that if you read it in English, the fact that every chapter of the novel is named for a metro station—and much of the novel is set there, in very precise detail—the familiarity with those spaces that feels implied, that feels taken for granted, can also be alienating.

One response is to play with google. If you do image-searches for the names of the stations as you read—as I began doing—or if you simply take in this exhibition by Ralph Richter, you will quickly lose yourself in the glories of Soviet-era architecture. These spaces are factories for producing awe, and whether or not the photographs you can find online do them justice, they are awesome.

The first chapter, for example, is named for Komsomolskaya station, but it was only after seeing it that I began to appreciate what the novel’s protagonist, Mbobo, calls an “underground snow palace, a kingdom of marble and white stone, with pillars instead of columns, with a never-ending dome stretching to infinity instead of a ceiling…” On the page, these are just words, pale echoes of a reality that overwhelms it; on the page, those descriptions are easy to ignore.

A photograph like that one gives a sense of what those words struggle to evoke, the spectacle of Soviet glory that leaves Mbobo, the novel’s protagonist—at the time, a four-year-old boy—utterly awestruck:

Never in my life, my life on the other side, on the surface, had I seen such beauty, such splendor. My Daddy, an experienced guide, didn’t rush me as I stared, wide-eyed. He led me slowly and ceremoniously from one mighty pillar to the next; they stretched along the painted arc into the dome and were decorated with tendrils of stone leaves. This world entered my pounding heart in tremors, and I felt that no one would be able to drag me back from this world or this world back out of me…

Awe is, of course, the desired effect. There had been plans for an underground metro system in Moscow even in the late 19th century—inspired by and modeled on the London Underground—but when it was opened in 1935, with the help of British engineering firms, the Moscow Metro was to be a monument to the Soviet project of modernization. Like the Crystal Palace—beloved of Chernyshevsky (whose What is to Be Done? inspired Lenin and Ayn Rand alike) and which Dostoyevsky’s “underground man” so despised—the architectural extravagance of the Moscow Metro served an ideological function. It was nicknamed the “palaces of the people,” and the stations built during Stalin’s lifetime were all meant to demonstrate his realization of the Soviet utopia.

When Mbobo walks through Komsomolskaya station, however, the glories of Stalin go over his head, literally: Komsomolskaya’s ceiling is decorated with a series of mosaics inspired by and depicting what Stalin had described as Russia’s 800-year fight for freedom and independence. In a famous speech in 1941, Stalin exhorted his people not to lose hope, after a series of disastrous military defeats:

The war you are waging is a war of liberation, a just war. Let the manly images of our great ancestors—Alexander Nevsky, Dimitry Donskoy, Kuzma Minin, Dimitry Pozharsky, Alexander Suvorov and Mikhail Kutuzov—inspire you in this war! May the victorious banner of the great Lenin be your lodestar!

If you walk through Komsomolskaya station, the heroics of WWII follow after this same procession of manly images; Alexander Nevsky fighting the Battle on the Ice in 1242, Alexander Suvorov crossing the Alps in 1799, and so on, until you reach Lenin, also exhorting a crowd in Red Square:

You can follow these names down a google-shaped rabbit-hole, and if—like me—you know very little about Soviet history, it will give you a glimpse into the imperial vision that Stalin wished the Moscow Metro to express, a long story in which Lenin and Stalin are only the latest and greatest architects of the great mother-homeland.

Mbobo’s story of the Moscow Metro is far less hagiographic. If you google the names and places that he describes, as you read, the images that come up will reinforce just how precisely and finely detailed his recollections are. When Mbobo describes Barrikadnaya Station as “the hall with its blood-red columns and stalactite lamps that zigzagged along the length of the ceiling,” for example, he is obviously describing this:

When he walks through “a forest of thin Egyptian pillars that made you want to hide behind them,” and remarks that the lamps on the ceiling of Park Kultury station “somehow made you think of flowerbeds of upside-down cakes,” this image gives a sense of what he’s seeing:

In the middle of “the bathhouse-like hall,” of Kuznetskiy Most station, Mbobo describes “two benches, their fat marble backs leaning against each other,” and if you google those words, lo and behold, here they are:

Your knowledge of these places is often presumed. “Do you remember Novokuznetskaya Station?” Mbobo asks, before recalling that it was modeled on “the empty Yeliseevsky dining hall” (google it). But then he goes on to observe that it really resembled “the hall of the dead from some Egyptian pyramid.” A moment later, he recalls how “My mother threw up at each of the throne-like benches and felt sick at the sight of the lamps that look like a dentist’s spittoons…”

For Mbobo, the palatial grandeur of Stalin’s monuments to Soviet plenty are also places of vomit and spit. And blood. When he tells the complicated story of his grandfather being assaulted in Paveletskaya Radial Station—after spending the night in a restaurant car—he recalls how his pregnant mother went to that station to fetch his suitcase and documents, to bring them to the hospital, and how it was there when her water broke. And so, he recalls how “under the arches, like the caverns of her father’s lungs, slashed by the hook, or the splayed legs of a woman giving birth, Mommy forced herself to stay conscious, sniffing turpentine…”

This was surely not Stalin’s vision of the Moscow Metro, nor the architects who designed Paveletskaya Radial Station: as spaces to be seen and awed by, they are also spaces to be cleaned up, kept neat and tidy. They are not spaces for a pregnant woman’s water to break, even if Mbobo’s mother recalls Oktyabrskaya Station as “even more sterile than Novukuznetskaya,” and describes it as “more like an obstetrics ward than a station.”

This, I think, is why there could be no photographs in this novel: photography can take a lived space, a breathed and felt and occupied space, and transform it into the sterile non-space of the image. All the pictures above are framed, rendered still, permanent, frozen; they are monuments to a thing, and as such, they show us that space as a thing, commodified and dead. But something vital has been lost.

Seeing these images helped me understand what Ismailov is doing with his novel; the novel is not nostalgic for the Soviet era, not exactly, but both Ismailov and his protagonist are haunted by the utopia it never quite became. If you look closely at these stations—if you look for the iconography and the staged progression of Soviet glories—you can find the vision of manly glory and the march of Mother Russia.

But for Mbobo, the Moscow metro is not only as messy as his family is, but also as intimate and warm. In his memories, there is nothing left of the grand Soviet dreams that built it; for him, Arbatskaya station “was glistening like a frosted cake,” because he remembers his mother at its focal point:

The white, low-ceilinged chambers of the mansion gave off a pink glow, thanks to the red granite below. The stucco bas relief of flowers; the patterned ribs of the beams; the lamps, like straw bouquets—all this was a backdrop for Mommy, dressed in lace and frills under her fur coat. And as Mommy paraded me extravagantly from the station to the street, it was as if even the crown chandeliers at the top of the escalators were waiting for her wedding.

Aaron Bady is a post-doctoral fellow at the University of Texas, teaching African literature. He is an editor at The New Inquiry.

We Embraced the Future and
It Nearly Killed Us 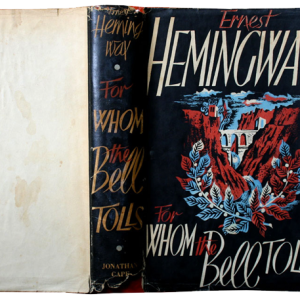 The future is ruining our lives, and has been for 45 years. Hal Niedzviecki on the anniversary of Future Shock. | Literary...
© LitHub
Back to top
Loading Comments...