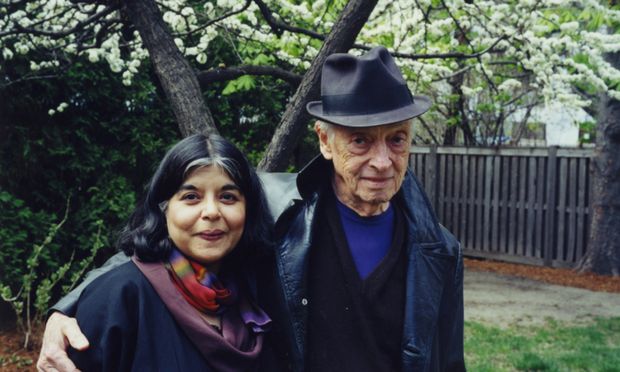 Beena Kamlani on Working with a Master

I was in Vermont to work with Saul Bellow. The days when he traveled to Viking’s offices in New York to work on his proofs or manuscript were behind him and now I went to wherever he happened to be: Boston, Brookline, or Vermont. We were working on Ravelstein, which turned out to be his last novel, though we didn’t know it at the time. He was physically weak, having been through several bouts of illness—colds, flu, and the usual debilitations of old age—but mentally as strong and sharp as ever. Some days, the wit and brilliance that flowed from his pen as he reconstructed a flawed passage, which he then read out to me, were so on form, so perfect, that you thought with good reason that he had not just this one, but many other novels in him waiting to be written. On this particular trip to Vermont, the mental energy seemed boundless; there was literally no peak, I thought, that he couldn’t scale, no fire that daunted him. Retreat was simply not his style.

One afternoon, I was in the garden, picking blueberries for dessert with Saul’s wife, Janis. Saul was taking a nap. It was a gorgeous afternoon. Lavender bushes shot out piney scents, bees hovered over the flowering lemon balm, and Moose, Saul’s devoted cat, sat in the grass next to us. The birds had been at the berries and our pickings were slim. “How did it go this morning?” she asked. “Brilliant,” I said, without a moment’s hesitation. “Top form!” She gave a delighted clap. “That’s fantastic. Let’s pray it continues,” she said. We both knew what we were up against—being sick left him weak and exhausted, sometimes unwilling to continue the work. Yet that work was what gave him life, it was what fed the deepest part of him, and brought out the vitality that is at the heart of his work. Good days were cause for celebration. Brilliant days were miracles. That evening, Saul was himself in celebratory mood. Neighboring friends had joined us for dinner. “Did you cover much ground?” someone asked. “Well, you know what they say about ground,” he quipped. “If you don’t cover it, it’ll cover you.” There was a grim truth to it, but that evening, none of us wanted to hear it. We were joyful, and it was joy that ruled the table that evening. The jokes came sharp and fast, and his deep, mirthful laughter rang around us as we raised our glasses to the victories of the day.

The first version of Ravelstein I read was in 1997. It needed work. There were problems with transitions and the inevitable repetitions. There were parallel storylines in the earlier and latter parts of the book that were linked by theme but needed stronger reinforcement. By early 1999, the book was shaping up well—it was much more focused, the storylines were better linked, the characterization was sharper. But it needed more work, and Saul was the first to see that. The novel is about a close relationship between two men, both professors at a Chicago university. Abe Ravelstein, having published a phenomenally successful book, is enjoying his fame when he finds out he’s got AIDS, then almost always fatal, and is gradually succumbing to the ravages of the disease. Ravelstein wants Chick to write him up after he’s gone, warts and all, and Chick is honoring the promise he made by immersing himself in his memories of the man and his friendship with him. In the second half of the book, Chick himself has a close encounter with death in the form of ciguatera toxin poisoning while in Puerto Rico, and is rushed back to Boston by his wife, where he receives proper treatment and is cured. While the themes are somber, the tone reflective, the novel sparkles with energy and laughter. The comic sense never deserted Saul—it’s there in the way he describes people, their foibles, their pretensions, their longings. The big things, “the essential things,” as Saul called them, were never far from his mind.

Every writer digs as deep as he can to find gold. But some dig deeper, for gold dust just isn’t enough. The imperative of the work was the taskmaster. Saul told me, “I always had a very peculiar take on life. I was loyal to my own singular slant. I had a crazy loyalty to my own bent. I obeyed it. I didn’t promote it.” This is what made the writing, the revision process, complex and exhilarating. Working with Saul was both predictable, on the one hand, and an extraordinary adventure on the other. The routine was always the same. I would get to him by about 9:30. He’d hand me a cup of coffee, offer me breakfast, but his urgency to start work was palpable and I would decline all offers of food but perhaps not an apple from the fruit bowl, which I munched while we got our papers together.

When working on manuscript, we would work in his study—in Brookline, a room at the top of the stairs with a granite gray desk, book-lined shelves (Elsa Morante, Code of Jewish Law, Hardy’s poems, Empedocles’s Rhesos, Cary, Brecht, Auden, Shakespeare, Trollope, Ford; a four-volume translation of the One Thousand and One Nights by Mardrus—“A good one. John Berryman gave me that”—Cheever’s Journals—“You must read it, if you haven’t already. Take it home tonight”). There was a large blue and salmon-colored Chinese rug on the floor. I sat across from him in a green damask leaf-patterned armchair with a tan corduroy cushion. A floor lamp was on one side of the chair and across my legs was a lap desk with notebook and pens.

He would turn to the manuscript, pick up a page, and start reading. I listened, by this time so familiar with every word that I could hear repetitions instantly, or ask for clarification. As he homed in on something that was bothering him, you’d hear first a deep rasping, the audible intakes of breath growing sharper. Then he’d look up. “This isn’t working,” he’d say. More breathing. Then, “Let’s try this.” At this point, I would start writing, taking down his words. Word by word a new paragraph would emerge and take the place of the older one, stronger, sharper than what was there before. Even as I read it out to him, I’d see how he’d changed it for the better. Whatever had jarred in the earlier version had gone. Writer’s alchemy—changing what was pretty good to begin with into something even better. The adage is you cannot make a silk purse out of a sow’s ear. But here there were just silk purses. Sometimes, after he’d read through a revised section, he would simply say, “Let’s take it out.” “Really?” I’d say, a little startled. “It’s a bit drastic.” “No, it’s clutter. Let’s take it out.” Unfailingly he would light on anything that sounded waffly, academic. No amendments needed—excision was the usual course of action.

Come June, the work-table shifted from Brookline to Vermont. The routine continued. We worked steadily, taking a quick break for lunch. Smoked salmon, or some brisket, toast, sliced tomato, lettuce. Tea, a cookie, a piece of fruit. Back to work. Dinner was at six. Around five, we would stop working and go for a walk. There was always something interesting going on as there were working farms along the way. Cows dotted the landscape, silently chewing cud. Moose were known to have been sighted in these parts and sometimes we would walk to the pond where the sightings had been reported. No moose, but a lot of laughter along the way. (“Ah, there’s a salamander.” “Yes, Gerry Mander’s cousin,” Saul replied. Or, “There’s lemon balm, it’s very good for you.” “Really? What’s it good for? I’m always looking for things that are good for me.”) These walks were welcome diversions, taking us away from the intensity of the work, making it possible for us to continue even after dinner.

Back in New York, the book was already way behind schedule. “I need flap copy right away,” managing editorial said. Other urgent demands came in daily via email: “Where’s the jacket brief?” “Catalog copy is due out next week!!!” “Bound galleys. Is anyone thinking about bound galleys? How are we going to get bound galleys in on time when you’re still working on manuscript!” These were not unreasonable demands and requests. Once a book is scheduled, it begins to have a life of its own and things have to happen as planned. Missed dates jeopardize the book’s timely publication, affecting book reviews, publicity events, and ultimately, sales. “We are doing our best,” I said to one and all.

And we were. The pace he kept up was astonishing. Sometimes, he hadn’t slept well. Dark shadows reflecting the night’s restlessness sat on his face. Or he was worrying about his sister, in a home in Cincinnati, who hadn’t been well. Or some other situation from life had become enough of a distraction to stop him from working. One of the great joys of working with Saul was discovering new books, new writers. If I said I hadn’t read a book he was talking to me about, he would send me home that evening with it. “Tell me what you think,” he’d say. Finding him out of sorts, I would take stock and begin a conversation about a book I was reading (one he himself had urged me to read—Knut Hamsun’s Hunger, say, or Svevo’s Zeno’s Conscience) and it would draw him back to his own work. Once I steered the talk to eating habits, reminding him of the very funny passage in Ravelstein when hostesses are urged to spread towels around Ravelstein’s chair as he eats for so much of it lands on the floor. He laughed with me and asked me to find it in the manuscript. When I pointed it out, he read it out loud and began laughing again. “Yes,” he said, “it is funny.” That was enough to jog him—he had found his way back to the work. “Ok, kiddo, where were we?” he asked, picking up his pen. His Mont Blanc; the pot of black ink nearby. As his words started flowing again onto the page, I was reminded of Ted Hughes describing Sylvia at work: “…whenever you wrote / You would stop, mid-word / To look at it more closely, black, fat, / Between your fingers–” 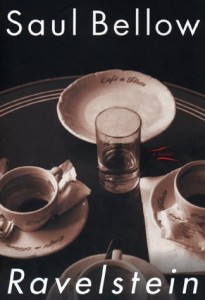 Ravelstein was published in April 2000. There was a lot to celebrate—he and Janis had given birth to Rosie in December 1999 and four months later his last novel had made its way into the world and on to the bestseller lists. At the publication party at the Lotos Club in New York, all his friends and relatives were gathered there. While accolades flew (“Miraculous”; “Exuberant”; “This work shines. Bellow has hit his number again”), Bellow, seated in a leather armchair, seemed comfortable and at home. He was back—right at the top, where he had always been and will continue to be.

Beena Kamlani is senior editor at Viking Penguin, where she worked closely with Saul Bellow until his death in 2005, and Robert Fagles on his translations of Homer’s Iliad and Odyssey, and Virgil’s Aeneid. She has edited a wide range of books and worked with many of Penguin’s writers. She is an award-winning writer and teacher. 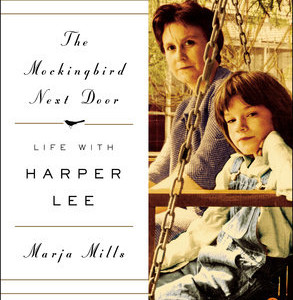 Terrence didn’t pull into the Lees’ driveway. He idled the car along their quiet street. “Well,” I told him, “I’ll...
© LitHub
Back to top
Loading Comments...