Literary Hub’s 10 Most Read Stories of the Year

Literary Hub launched in early April of this year. Happily, the stories in this most-read list represent precisely the kind and variety of writing we’d hoped to feature from the start—smart, provocative, curious, and, above all, in service and celebration of the joy and power of literature. That you, our readers, have returned to the site again and again to read it, gives us reason for optimism in 2016.

Solnit’s unique balance of erudition and candor, delivered in a prose both elegant and direct, always makes for compelling reading. But with a topic as perpetually urgent as this one—the stubborn survival of the literary mansplainer—it leads to an Internet phenomenon.

See above. But also, it’s crucial we continue to interrogate a canon that creates—and encourages—the literary mansplainer.

Are We Different People in Different Languages?, Ana Menéndez

A 3,000-word meditation on the subtle transpositions of persona and emotion from one written language to another? Why yes, that’s exactly the kind of clickbait we’re interested in.

Ok, yes, this kind of listicle is a classic Internet form of the clickbait variety. But let us for a moment consider the content: obscure, largely out-of-print writers who deserve a wider readership. You’ll never guess what happens next…

If you’d told us that one of our top five stories of the year would be a 7,000-word history of the wives of Nantucket whalers (and their so-called he’s-at-homes) we would have laughed, and then probably cried. But this spellbinding piece of writing, courtesy wonderful journal The Common, is just that good.

Haruki Murakami: How I Became a Novelist

When an all-world all-star of contemporary literature reveals his characteristically quirky origin story as a writer, people will read it. Makes us want to open a jazz club in a Japanese suburb.

This site is designed to appeal to “the kind of person who can’t help but stop in front of a bookstore window.” A large percentage of that kind of person also happens to write. Writing, being a lonely sort of undertaking, comprised mainly of failure, instills in its practitioners an often subconscious yearning for connection and encouragement. This smart and charming excerpt from Amitava Kumar’s essay collection, Lunch with a Bigot, provided just that, in the form of sound writerly advice.

The Greatest Forgotten Home Run of All Time, Martin Espada

Baseball, insofar as it is comprised mainly of failure, is perhaps the most literary of sports. This bit of cold-case journalistic storytelling, via The Massachusetts Review, is a case in point.

How the Literary Class System Is Impoverishing Literature, Lorraine Berry

This important essay asks hard questions about the economic barriers to the writing life, and reminds us of the stories we risk losing in an increasingly credentialized literary class system. 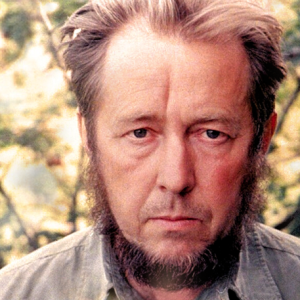 Our ten most popular stories of the year. | Literary Hub The unheralded monk who turned his small town into a center...
© LitHub
Back to top
Loading Comments...