The Story of the Matrix Feminist Design Co-operative

In late 1975, a survey estimated that London had 20,000 squatters living in council housing. (Squats in private properties were not counted.) A later historian estimated that the numbers might be upwards of 50,000 units. Squatting and protecting houses from forced demolition or inhabiting them before upgrading and sale provided a base for experiments in collective living and do-it-yourself housing repair. It was also a local response to a city-wide housing crisis.

For some feminists, collective living experiments promised to liberate women from the isolation of child-rearing and housework. For others, it offered a means to put left wing politics into action. The run-down Victorian and Edwardian spaces of the city also offered cheap office space in the former warehouses, factories and business spaces that had once oiled an expansive British economy and empire. These places provided the material infrastructure for the flowering of a thousand co-ops. The co-operative was an established British left tradition that could be found in food, credit, and workplace associations stretching back to the mid-nineteenth century. They were usually organized as not-for-profit syndicates and were democratically owned and controlled by members.

Matrix Feminist Design Co-operative was one of these. Both the book group and the design collective, which had members in common, had evolved from a feminist group founded in late 1977 within a larger organization called the New Architecture Movement (NAM). NAM was a socialist architecture coalition dedicated to unionizing architectural workers and restructuring the profession so that participatory design and user needs were placed at the center of architectural work.

They produced Making Space, which analyzed the gendered violence of public space, the female burden of unpaid care work, and the gender segregation of cities. The thoughts of the Matrix book group on topics that once seemed consigned to the past, such as gendered food poverty, insecurity of tenure, fire safety issues and disrepair in social housing and their impacts on women’s lives are newly relevant. Other issues that we would have expected to make headway on—the penalties levied against gender and racial minorities in the architectural profession, for example—remain.

“We are not prescribing the solution: we are describing a problem, so as to help women understand their own relationship to the built environment.”

Around half of the Making Space book group members had also worked as architects with the Feminist Design Collective, which changed its name to Matrix in 1980. As the book project took shape, it became publicly identified as the output of the Matrix collective, taking the name Matrix to identify the book’s authorship.

This book was addressed to a broad audience. When asked recently to recall for whom they were writing, book group members remarked that it was aimed at a new audience of women readers eager to hear women’s perspectives, to tenant associations, and, well, everybody. It was also directed at the architecture profession, who by and large ignored it, although one review helpfully declared that the book would be more politically effective if it had been written for men.

Making Space however, refused the demand to “provide architects with a do-it-yourself feminist architecture kit. We are not prescribing the solution: we are describing a problem, so as to help women understand their own relationship to the built environment and to help architects understand how the environment is a problem for women.”

Both NAM and the NAM feminist group reflected the impact of the Left in British architecture. Material experiments in making new spaces for work and living were entangled with new ways of organizing politics and generating knowledge. Book group members were deeply involved in political organizations. Marion Roberts and Jane Darke were active members of the Labour Party, which at the time had a strong left-wing promoting “municipal socialism.” Benedicte Foo was active in her trade union and left organizations. Fran Bradshaw was a minor member of Big Flame, a leftist political and cultural organization, and she attended its Summer School.

Fran Bradshaw, Barbara McFarlane and Sue Francis had worked on the production of NAM’s newsletter, Slate, and many of the book group had early pieces published there. These pieces were based in research work on housing, gender, and domesticity, communal living, public housing, and a growing feminist critique of the gendered behaviors and built practices of architecture.

As well as deriving insights from their own practice in local authority architecture units and housing co-ops, writers borrowed from new feminist scholarship on housework, from gender studies in social geography, and from American research on feminist utopian traditions and ethnographic understandings of the home. The Women in Space workshop asked, “How can collective action change the way buildings oppress and isolate women?” and “What could neighborhoods, houses, and street patterns be like?” Inner North London proved particularly fertile terrain for these questions.

Matrix Feminist Design Co-operative is discussed in Making Space under the title “Working with Women.” The chapter describes the Design Collective’s desire to break down power hierarchies by finding accessible ways to explain architectural design ideas and was integral to a politics of knowledge sharing. The women’s movement had developed new ways of generating and organizing ideas. Experiences were shared in small group conversations and in the open meeting.

The book was published in 1984 and is a consolidation of one phase in the book group members’ thinking about gender and the built environment. Later writings by these women and other Design Collective workers reflect the evolution in their feminist thought across the 1980s. Race, for example, became a more prominent focus. Design Collective architect Ann de Graft-Johnson’s 1999 essay “Gender, race and culture in the urban built environment” argued that the “position and realities of Black and Minority Ethnic women” hadn’t been included in “mainstream feminism.”

She outlined initiatives to produce a more diverse leadership on local housing projects, in the profession and in the city with the founding of the Society of Black Architects, the 1996 Building Equality report and the 1990 London Equal Opportunities Federation. In 1990 Jos Boys revisited the binary model of the middle-class white male commuter and suburban housewife that feminism had too often assumed. In her essay “Women and the Designed Environment” she urged writers to think beyond this model, to “the complex processes by which successive waves of immigrants into Britain both attempted to “place” themselves socially, culturally and physically and found themselves “placed” by racism.”

Although the Design Collective persisted well beyond 1984’s Making Space and only disbanded around 1994, Matrix’s thought has been strongly associated with the book. Authorship in a collective spanning some fifteen years is complex and multi-faceted, but efforts in the 2020s to hunt out archival documents from cupboards, attics and under beds have left a trail of documents and artefacts from which an account of the book’s gestation and production can be constructed, along with a history of the Matrix Feminist Design Co-operative.

More recently, the work of Matrix has taken center stage for a new generation seeking to change how the built environment is designed, who designs it and for whom. Across 2019, 2020 and 2021 a set of interlinked activities began. Jos Boys and other former Matrix members began gathering and organizing a Matrix archive. The exhibition How We Live Now: Reimagining Spaces with Matrix Feminist Design Co-operative (curated by Jon Astbury, with Jos Boys, and designed by EDIT collective) ran from May to December 2021 at the Barbican Centre in London. Reflecting Matrix’s commitment to collaboration and experimentation, Matrix member Fran Bradshaw, together with architectural educator and researcher Katie Lloyd Thomas, reached out to artists, academics, architects and activists and set up discussion groups where the impact and legacy of Making Space could be collectively discussed.

Across the roundtables women revealed their first moments of engagement with the book. Architectural educator Harriet Harriss recalled that Making Space demonstrated to her, as an undergraduate, that, “the built environment didn’t just ignore women, it actually sought to hurt them.” Artist Winnie Herbstein treasures Making Space for the collective knowledge it offers feminists seeking change today: “So much information is stored in archival spaces . . . that can be so useful and so practical.”

Books like Making Space show that the struggle for inclusion and the critique of power structures are not new issues, but addressing them is long overdue. Artist and activist Liz Crow noted the book’s setting out of the “beautiful evidence” of the thought and assumptions behind design guidance and how these ideas become foundations of how the built environment is conceived and realized, although they are dangerous to individuals and societies. Or as Winnie Herbstein put it, design guides describe how to make standing at the sink better for the housewife, “rather than ask why she is standing at the sink.” For architect, educator and writer Nana Biamah-Ofosu there is, “a real joy in how the book describes everyday and really quite mundane spaces.” Its methodical analysis can lay bare their impact and provide a language for calling out what happens in the everyday. 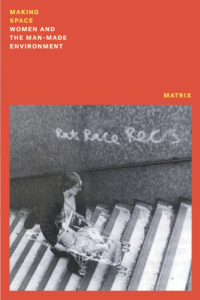 Adapted from Making Space: Women and the Man Made Environment by Matrix Feminist Design Co-operative, with a foreword by Katie Lloyd Thomas and Karen Burns.

Katie Lloyd Thomas is a professor in the theory and history of architecture at Newcastle University. Karen Burns is a senior lecturer in architectural design at the University of Melbourne. 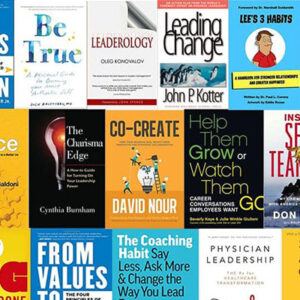