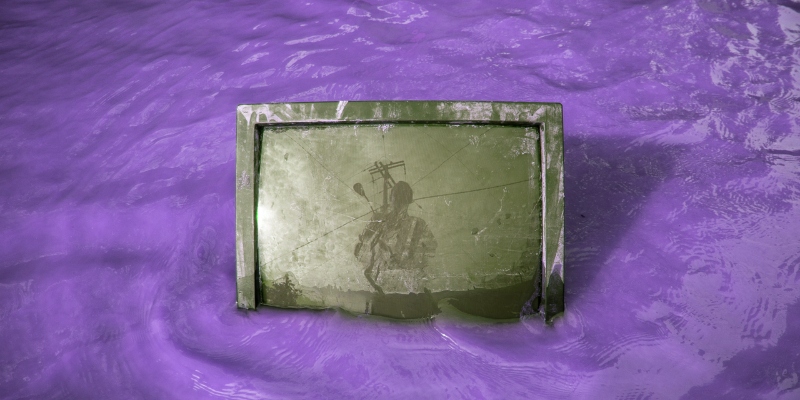 Love, Loss, and What We Watched: The Case for Tracking Your Film and TV Consumption

Eliza Smith on How Streaming Marks Time in a Timeless Pandemic

As the Gregorian calendar rolled over into 2022, the sentiments on Twitter—aka where I sense the vibes of my peers—was that this whole “time” thing is all nonsense, our lives have been in stasis since March 2020 and continue to be stalled, we’re all just waiting for the wheels to start turning again, to break out of the loop.

I definitely feel this way, too. Living through my first pandemic, particularly post-vaccine when I naively assumed Things Would Be Better, has been tedious, and infuriating, and depressing. I went in at 30 and am about to turn 32, years that I expected to have a lot more momentum behind them. It reminds me of times in my life when I’ve experienced deep, deep grief—in one case, basically disassociating for an entire year. If pressed, there’s little I could tell you about 2008 to 2009, like there’s little I can tell you about 2020 to 2022. I used to measure my years by trips taken, relationships nurtured, birthdays and nuptials and holidays celebrated en masse, experiences that took me by surprise. There’s not much room for surprise at this point in the pandemic, unless you count new variants.

But as much as I commiserate with the feeling of stasis, I still find myself resisting it. The fact is that time is still passing, we are still living, albeit a lot more quietly. I’m trying to conceive of this period as a season—a long and dreary one, yes, but a season that will eventually pass. I’m also clinging to a new way of marking the passing of time.

Recalling what I watched reminded me, palpably, of how I’d felt.

At the beginning of 2021, I started recording every TV show and movie I watched. I’d been tracking my reading for years, but I was consuming so much more film and TV than I ever had before, and I didn’t want all that watching to just disappear into the ether like everything else. I dutifully recorded it all, and on the last day of the year, when I scrolled through my list, I found that recalling what I watched reminded me, palpably, of how I’d felt.

When I saw that I started off the year watching Merlin (specifically so I could read this spoiler-free), I remembered that for those first couple of cold, dark months in Missoula, I spent most of my evenings home alone, watching Arthur and Merlin absolutely fall in love, until my boyfriend got home from work at midnight and I gave him a play-by-play of the night’s episodes, the only thing I had to talk about.

When I think of Minari, I think of my first pandemic birthday and the family crisis that was simultaneously unfolding, and how I’d desperately wished that I’d picked something a bit lighter (no shade at all to Minari, a wonderful film).

The trippy 9 to 5, for which Dolly Parton wrote that total banger, was the first movie I saw in theaters post-vaccine, in the summer, as part of the local indie theater’s Movie Cult series, and I felt so much hope about the future, I thought we were really on the cusp of something. The Mitchells vs the Machines coincided with my first trip home in ten months, and my nieces, who’d grown drastically in my absence, teased me when I cried at the ending. Meanwhile, The Leftovers recalls weeks spent locked indoors during the West’s historic heat wave and wildfires, hauling our mattress to the living room so we could sleep under the ceiling fan’s tepid breeze.

The catalog chronicles my project of compiling the perfect movies-to-watch-while-stoned list (a starter kit: Psycho Goreman, Extra Ordinary, Hausu, Mars Attacks!), and the first year of a new weekly tradition, Tinsel Tuesday, in which my boyfriend and I watch classics we’ve missed (Citizen Kane, Casablanca, In the Mood for Love)—which eventually devolved into me just picking more stoner movies (Gremlins 2, Total Recall, Vampire’s Kiss). It reminds me of the treats my friend Gwynn introduced me to when I visited after her mastectomy (Grace and Frankie is a gift), texting my friend Haley a live stream of my inaugural One Tree Hill watch (an ongoing activity that I’m sure she appreciates), and launching a new film and TV newsletter at Lit Hub, What to Watch, which sends me to slashers and Spaceballs and Station Eleven.

Maybe watching endless hours of television isn’t the most fulfilling way to spend a year (I am attempting to take up knitting for some tactile experience, TBD on the success of that venture), but in this timeless pandemic, my streaming consumption charts the course of my emotional landscape, in a more tangible way than my reading list does (maybe because it takes a lot longer to watch 65 episodes of Merlin than it does to read My Brilliant Friend). It’s not much, but it’s not nothing. And in this long, dreary season, not nothing is enough for me.

Sign up for Lit Hub’s What to Watch newsletter, a literary lens for your streaming life.

15 new books to help you accomplish your 2022 reading goals. 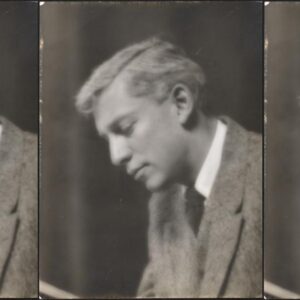 “In the years since my father’s death I have been in search of repair and restoration, and often I find it in Aretha’s...
© LitHub
Back to top