The Adaptation of Emily St. John Mandel’s Novel is Worth Your (Endless, Bleeding) Time.

All things considered, you probably aren’t in the mood to watch a television show about a pandemic. And I won’t lie to you: after two long years of Covid-19, with all of its attendant despair, illness, death, despair, disruption, ambient stress, and despair—and particularly this very month, as a new, more contagious variant builds steam and that light we all thought we glimpsed at the end of the tunnel begins to dim, the first episode of Station Eleven is a tough watch.

But you should watch it anyway. Even if the last thing you want to do right now is consume even more pandemic-related media. Because contrary to the publicity talking points, this isn’t really a television show about a pandemic. I mean, sure, yes, a pandemic is where it starts. But this is not a disaster story; it’s an aftermath story. This is a story about living through and with trauma; it’s about resilience and hope; it’s about scars. (“I remember damage,” a line from the titular in-world graphic novel, is repeated so often it might as well be a prayer, or a ward.) And at the risk of being unbearably corny, it’s also about the power of art (and Art) to shore up our souls and bring us together. More importantly, it is a work of art itself: diffuse, engaging, sometimes challenging, and ultimately quite moving.

Of course, you have to pay the toll to get in: and in this case, it’s the first episode, directed by Hiro Murai. It’s excellent, but it may dredge up a few . . . unpleasant memories. After all, it is necessarily the episode that most directly concerns the end—or the beginning, depending on how you think about it. As news of a deadly flu trickles into Chicago, the episode captures familiar sensations that hurt a little to think about: the moment when dismissal ticks over into comprehension; the feeling of waking up on a normal day and going to sleep in a dystopia; the horror of watching others go about business as usual while you stock up on supplies; the endless, unhelpful news feeds.

It wasn’t intended to be this way. Station Eleven, a ten-part limited series from HBO, is adapted from Emily St. John Mandel’s bestselling 2014 novel of the same name, which won the Arthur C. Clarke award and has sold more than 1.5 million copies. The show began filming in January 2020; reportedly, they had shot the first two episodes before the Covid-19 pandemic hit; the rest were filmed in the time between then and now. (Our real life pandemic must have influenced the final product, and I can only imagine that it is partially responsible for the across-the-board excellent performances in the show, but it is a testament to editing and production that while I looked for a shift in the show’s tenor after that second episode, a before and after, I couldn’t really see one.)

In case you haven’t already read the novel (and you should), here’s the gist: in the approximate present, a flu pandemic descends without warning and spreads across the globe, quickly wiping out 99.99 percent of the human species. Kirsten is eight when the flu strikes; she is performing in a production of King Lear with the famous actor Arthur Leander, who dies of a heart attack on stage, and through chance winds up quarantined with a stranger, a man named Jeevan, and his brother.

Twenty years later, Kirsten is part of the Travelling Symphony (whose motto is “Survival is Insufficient”), a group of actors and musicians who trace a well-trodden loop through the near-empty world, stopping at ragtag settlements, performing for survivors. The novel isn’t plotless, exactly, but like most of Mandel’s work, it is introspective and ruminative in a way that resists summary, more about sensation than action. It is non-linear, dipping back into the early days of the pandemic, and also the years before, focusing first on one character and then another, creating a sort of collage effect, building meaning as it goes, but leaving much unsaid and unexplained.

This is a story about living through and with trauma; it’s about resilience and hope; it’s about scars.

Showrunner Patrick Somerville interprets this interconnected folding—and the almost dreamy mood it creates—to great effect on screen. “There is no before,” we are told, again and again. But there is a before—that’s the whole point. The structure underscores the truth of it. The story is like a spiral, or a braid—with every pass, we pull in a little more information, more context. We see a snippet of the past or future in one episode, untethered, only to get the full scene and its context later, the way the meaning of a memory changes depending on when it occurs to you. Sure, I’m basically talking about flashbacks, but here they feel more than that—they feel like time bleeding together. There is a before, and there is a now, but the boundaries are getting thinner. Perhaps you’ve experienced something like that recently.

There are some snags here and there; it’s hard to convince a viewer that a graphic novel is as transcendent as this show (and as the novel) wants us to believe it is; Jeevan’s complaint that it’s “so pretentious!” feels cathartic when it comes. It’s a useful plot device that thematically underscores the central idea that art can influence, inspire, and connect us, but what is much more moving here are the actual connections, which the excellent acting—by everyone, but particularly by the two Kirstens, Mackenzie Davis as the elder and Matilda Lawler as the younger—highlights.

And though I have taken pains to describe this as an aftermath story as opposed to a pandemic story, the pandemic has still necessarily colored the way we will watch this adaptation, and what questions we have about it. I wanted to spend more time in the show’s tension between those who want to recreate the old world and those born “post-pan” who never knew it. Here it does feel like the show is picking up an exaggerated version of hyper-current conversations: the Covid-19 pandemic hasn’t killed 99.99 percent of the population, but it has exposed a host of structural and social problems. Setting aside the question of whether it’s even possible—do we want to go back to normal?

Ultimately, this the rare case in which I’d say that the adaptation actually improves on the novel in some ways—it complicates the details of the characters, puts more bends into the road, overlays images in ways that deepen their meanings. Sometimes the expansions feel unnecessary, but the writers—several of whom are Leftovers alums, which shows—have maintained the thrust and sense of the novel while widening its scope. Though Kirsten is the linchpin, the diversions into the stories of other characters, each with their own complex struggles and interconnections, all feel like parts of the same puzzle. And this is a puzzle that rewards completion. When you step back after ten episodes, you don’t see a pandemic, or a disaster, or a post-apocalypse. You just see a bunch of people, still connected to one another, for good or ill, moving forward. 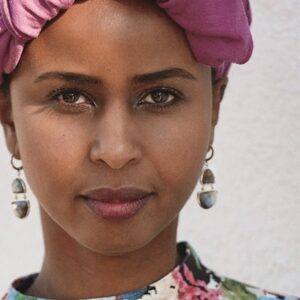