Also on Literary Hub: Now you can eat like your favorite writer! Recipes by Jeffery Renard Allen and Aimee Bender, from The Artists’ and Writers’ Cookbook · Books making news this week: the great Le Guin (and everyone else) · The volley of tomatoes: from I’ll Sell You A Dog by Juan Pablo Villalobos, trans. Rosalind Harvey · Water Is Life: A Poem For the Standing Rock by Demian DinéYazhi’ 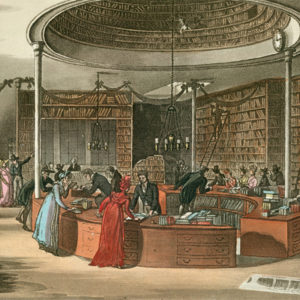 Today, few people are likely to remember James Lackington (1746-1815) and his once-famous London bookshop, The Temple of the Muses,...
© LitHub
Back to top