The ten books below are selections from Scott Esposito’s The Missing Books, available exclusively as an electronic download from his website. The Missing Books is a curated directory of nearly 100 books that don’t exist, but should. Its listings are taken from the ranks of books that have not yet been published (but might one day be), books within books, and books whose authors did not manage to ever complete.

The Passenger by Cormac McCarthy (Reputed manuscript-in-progress by Cormac McCarthy.)
McCarthy’s most recent novel, The Road, was published in 2006, ten years prior to the time of this writing; at no other point in McCarthy’s 50-year career has the author let such a span pass without publishing a new novel. He has reportedly filled this time with two major projects, The Passenger being the one about which the most is known. Some light was shed on The Passenger in August 2015 (creating a small media firestorm) when McCarthy appeared at a Lannan Foundation event where he reportedly read excerpts from the book. The Passenger is said to be a very long book set in New Orleans, and there is conjecture that it engages theoretical physics and tropes of science fiction to a large degree. Additionally, there are reports that the book has been continually pushed back and may at one time have had a 2016 release date.

Atwood duly submitted her manuscript in May 2015. David Mitchell, the second author selected for the Library, delivered From Me Flows What You Call Time on May 28, 2016.

Ninety-eight more authors will contribute annually in the remaining years before 2114, and in that year editions of 1,000 copies each of the 100 books will be published. Certificates redeemable for the full Library can currently be purchased for £625. To-date the Future Library has not divulged the details of its editorial process (if any), nor the criteria for its Future Library authors, nor any indication of whether non-English-language authors will be chosen, and, if so, whether translations will be made.

Printing Out the Internet (A conceptual work of art created by the conceptual poet and author Kenneth Goldsmith.)
In May 2013 he requested that fans print out the Internet and send the resultant paper to the art galley LABOR in Mexico City. He received approximately ten tons of paper from over 20,000 contributors but did not come close to printing the entire Internet, which at that time was estimated as consisting of approximately 305 billion pages and would weigh hundreds of millions of pounds. (One would guess that significant advances in binding and/or mass-production would be required to publish this book either as a single volume or series.) To date, no further effort has been made to complete this reference work, and Goldsmith recycled the papers he received for his exhibit, meaning that any future endeavor to print the Internet would have to start over from the beginning.

Universe by Ron Silliman (Immense, multi-volume poem conceived of by language poet Ron Silliman.)
After completing his massive project The Alphabet (1979-2004, 26 books, over 1,000 pages), Silliman began work on an even more ambitious work titled Universe in 2005. Little is known about this 360-part poem, although according to the publisher of the series’ first volume, the entire project would require 300 years to complete. (Given Silliman’s current age, 70, it seems unlikely that he could author the entire poem singlehandedly.) The third volume, published in 2014 and declared the project’s “45th degree,” was titled Against Conceptual Poetry, which may be a broadside against Kenneth Goldsmith et al., or may be a conceptual poem itself.

The Voynich Manuscript
A bizarre illustrated book that has been situated as from Northern Italy in the early 15th century, and which is named for the Polish book dealer who bought it in 1912. Composed in a language nobody has ever yet been able to read, it is a work that belongs to the future. All attempts to decode the Voynich Manuscript have proven futile; said futility has prompted speculation that the writing is meaningless, or hides meaning amid mostly meaningless characters (although statistical analysis has suggested that the markings in the Manuscript are consistent with those found in natural languages). Although it cannot currently be read by anyone on Earth, the book has inspired many contemporary novels, as well as a contemporary classical chamber piece titled The Voynich Cipher Manuscript. A facsimile edition was published in France in 2005, and a Spanish publisher is currently producing an 898-copy run to sell for around $10,000 each.

The House on Eccles Street by Elizabeth Costello
A feminist revision of Joyce’s Ulysses by the South African author Elizabeth Costello, which title refers to the address (7 Eccles Street) where Joyce tells us that Molly Bloom lives with her husband, Leopold. In his book Elizabeth Costello, J.M. Coetzee describes how Costello (whose prestige, nationality, and age bear striking similarities to Coetzee’s) triumphs with this re-telling of Joyce’s Ulysses from the perspective of Molly Bloom. Coetzee gives no further indications as to the contents of this book, nor why Costello chose to revise Joyce in this manner (other than her obvious feminist and postmodern aesthetics). One imagines Costello’s work to be a subversive, postmodernist revision of a canonical source text, of the kind the Coetzee himself has previously made with Kafka (the final chapter of Costello), Dostoevsky (The Master of Petersburg), Defoe (Foe), and possibly Jesus Christ (The Childhood of Jesus, The Schooldays of Jesus).

Untitled Work Uploaded to the Internet by Korin the Archivist
A fascinating and probably breathtakingly depressing work discovered in an obscure archive by an obscure archivist. This book is described by Krasznahorkai in his book War & War, where the author depicts it as a most fascinating and strange long-lost manuscript. Once Korin finds it, he becomes completely enraptured and dedicates his (too brief) life to uploading it to the Internet for the enlightenment of all humanity. The story is thus: Korin, a lowly bureaucrat, one day discovers this book in an enormous archive and is immediately possessed by the immense vitality and importance of the book, which he wants to preserve forever by placing it online. It seems that Korin succeeded, as Krasznahorkai lists where it can be found in War & War, but sadly (and all too typically) it seems that the contents of the Web domain have been removed. Thus, at this point we only have Krasznahorkai’s descriptions of the book, which include: “the manuscript was interested in one thing only, and that was reality examined to the point of madness“; and “but the fact that these are all part of a single monstrous, infernal, all-absorbing sentence that hits you, so you begin with one thing, but then a second thing comes along and then a third, and then the sentence returns to the first thing again, and so on, so the reader’s hopes are continually raised . . . so that he thinks he has got some kind of hold on the text, believe me when I say, as I said before . . . that the whole thing is unreadable, insane!!!” It seems both gratuitous and somehow necessary to remark that these descriptions could very well describe a work by Krasznahorkai himself.

The Plant by Stephen King
An incomplete serial novel by Stephen King that would have dealt with an author who sends a creepy plant to his editor. Between 1982 and 1985 King sent installments of this book to friends as Christmas gifts, but then ceased work on the novel. In 2000 he resurrected it as an online ebook in which installments could be bought for $1 each on the honor system. King threatened to quit writing and selling the book if fewer than 75 percent of those who procured the book paid for it, seeming to view the venture, somewhat quixotically, as a way to demonstrate that “Big Publishing” could be brought to heel by Internet technologies.

Unfortunately (and inevitably) the 75 percent threshold was passed, and King quit releasing the book. Happily for King, it is reported that he had made over half a million dollars from the failed experiment, having released some six installments in six months before quitting.

Answered Prayers by Truman Capote (Unfinished last novel by Truman Capote, whose title famously derives from a quote by Saint Teresa of Ávila: “Answered prayers cause more tears than those that remain unanswered.”)
Although Capote signed the contract for this work in 1966 and did not die until nearly 20 years later (1984) he was never able to sustain progress in this major project, which he claimed would be comparable to Proust’s In Search of Lost Time. He did, however, manage to wring an enviable amount of money out of his failure: the first contract for Answered Prayers was good for a $25,000 advance; a subsequent 1969 contract netted the author $750,000 (close to $5 million in 2016 dollars); later, a 1980 agreement would have delivered the author $1 million more if he managed to complete the book by 1981. Three chapters of the book were published in Esquire in the 1970s, and there was a posthumous 1987 edition of the incomplete text.

The Owl in Daylight by Philip K. Dick (Unfinished final project by Philip K. Dick.)
According to some reports, Dick claimed Daylight as his Finnegans Wake; other (perhaps corresponding) reports say that this book would have combined ideas of Beethoven as humanity’s most incandescent genius with visions of heaven as a bath of lights. Others have argued that the correct source for this book was Dante’s Divine Comedy, or that the story was to have involved ideas of a quantum leap in human evolution that would bring about new concepts of reality. Plot summaries abound, generally involving higher life-forms and/or godlike beings, and the little that can be said about Owl has been gleaned from hearsay and some letters Dick wrote. To add to the confusion, at one point the author’s former wife published a version of the book that she claimed reflected her understanding of the project, but it has since been removed from circulation. Supposedly, the title is a reference to our inability to understand, our blindness. 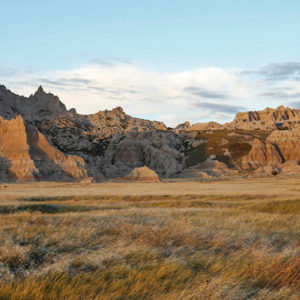 a simple equation even a mathematician could get behind mathematics at its simplest form right now I should be at camp...
© LitHub
Back to top