Geoffrey Nutter has always been among the go-to poets to relish an unfettered language of almost pure play, music, color, humor, the memory of English poetry’s baroque and deliciously languishing phrases, it’s all there. But what interests me in these new poems, drawn from his new book just published, Cities of Dawn, is the subtle and poignant way in which history enters and is re-imagined. To imagine something is not something, in workaday reality, under the endless barrage of journalistic reality, we are usually inclined to take seriously; or if we do, it is seen as a leisure, detour, a hobbyist’s pursuit (not that there’s anything wrong with that, of course). But to imagine is also, in the Romantic aesthetic philosophy that I believe Nutter is continually indebted to and playing against, to restore life and feeling to what had been before merely received knowledge, inanimate, cold, bloodless. Here the loss of a father, the sense of being a veteran or having partook in a great war — ageless themes for any poet, admittedly — are given absurdist, screwball turns. They intensify and heighten the overall experience, rather than diminish it through levity. What could be more characteristic of Nutter’s art than to make us remember how our dreams, even in their soft, dallying radiance, seem to contain the heavy violence of being alive, of being everything else.

The Man Who Was Used Up

My father was wounded in the Great War.
He lost his face in a fierce battle,
a flanking maneuver, a counterattack,
a mission of “forlorn hope.” But which Great
War? One of many wars. One of many
Giant Wars. One ordinary titan war.

And my father kept a glass cabinet
of wax noses in his study, and changed
it several times a day. He had
lost an eye in an offensive, a night
operation, a minor skirmish, one
of many small loose parts that are pulled
together and called “The Great War.”

Now he had a glass eye. One eye was glass
and the other was pewter — though the pewter
eye had been his eye before the war, before
the bayonet charge, the reckoning barrage.
These are among the things he carried:
a steel jaw, a diamond tooth, a prosthetic
limb, an arm, to be precise,
a hook for a hand. And he kept his eye,
his tooth, a hook, a pair of pinking shears,
and the rubberized semblance of a hand,
in a wooden case with small compartments
like a box of chocolates from the country
where he had fought amid the dykes
and earthworks, during the land war,
the one between the sea war and the sky war.

And he had children, too, beside me. There
were children, legitimate children, and two
or three false children; there were bastards,
doppelgangers, changelings. There was
a wax child, and a glass child, and a fire child
(though that last was not a child at all,
but merely a fire with which he lit his pipe).
And he had a mandrake root, a mandragora,
a suit of armor made of bone. And we
who consisted yet of all our original parts,
were strangers to you, or so it seemed.
You had a gun kept on the wall near the head
of a deer bearing very large antlers.
And we were there crouching down in the flower beds,
watching you remove your flowered shirt.
And we stood tall among the presences.

This is one hand’s flowing blue script

on a page set aside for later. Are you just

one small person sleeping in the billows of your life

on the green prison turrets

downriver from the new mall full of vacant stores

of this provincial town, its feral cats and hoarders,

its decorative weaponry trained on the perplexed

and opposite shore where every crooked house

is cobbled together from adages and junk,

chunks of yellow ice and tripods; volts and wire:

The circumfluent waters by the planing mill are violet–

And in one of that town’s shops that sells antiques

the Five-year Diary of Florence Mangham is propped

between Chinese plate and a Civil War sabre:

page after page of yellowed entries in a flowing hand

The child prodigy was a prodigy

beyond description — a colossus,

in stature, an Elgin marble.

His wig stood tall atop his head

as if a small person, perhaps

were standing there hidden cleverly

yet still smaller lived inside this one.

He was normal in some ways:

his mother loved him, his father

took him to task but loved him, too,

as the sky lit up in the light

of the comet, or darkened in the dark

of the eclipse. The child prodigy

and magic, evil, honor and treachery,

and how the dead took revenge

against the universe for vastness;

and he composed this opera

mentally amid the laurel trees

in the aspen forest, or among the leaning

And do you remember how, while he played

the harpsichord for grown-ups

in his golden ringlets, the ruffles

from his silk sleeves dangling down,

how we walked along the seaside

at dawn near the Rainbow Alfoxden

where the saline meadowlark nested

and the indigo bunting would never

be aware of the meaning of her song?

Storm clouds had something to say

to us — just not something very

we are small for a very short time,

Geoffrey Nutter is the author of Giant Moth Perishes (Wave Books, 2021), A Summer Evening (winner of the 2001 Colorado Prize), Water’s Leaves & Other Poems (Winner of the 2004 Verse Press Prize), Christopher Sunset (winner of the 2011 Sheila Motton Book Award), The Rose of January (Wave Books, 2013), and Cities at Dawn (Wave Books, 2016). He recently traveled in China, giving lectures, workshops, and readings as a participant in the Sun Yat-sen University Writers’ Residency. Geoffrey’s poems have been translated into Spanish, French, and Mandarin. Soir d’été, a bilingual edition of his poems translated into French by poets Molly Lou Freeman and Julien Marcland, was recently published in France, and a German translation of his book Water’s Leaves & Other Poems will appear in 2021. He has taught poetry at Princeton, Columbia, University of Iowa, NYU, the New School, and 92nd Street Y. He currently teaches Greek and Latin Classics at Queens College. He runs the Wallson Glass Poetry Seminars in New York City.
Share: 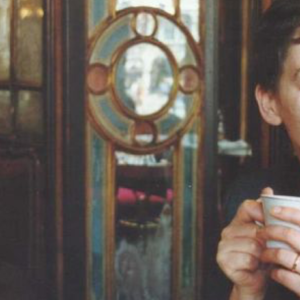 LitHub Daily: October 11, 2016 The man who invented bookselling as we know it. | Literary Hub Not just Trump: Jonathan Rabb on the deep progressive...
© LitHub
Back to top