Also on Lit Hub: Al-Qarawiyyin, the world’s oldest library: founded by a woman, restored by a woman · Three poems by Pat Parker · Street tales from the City of Lights. 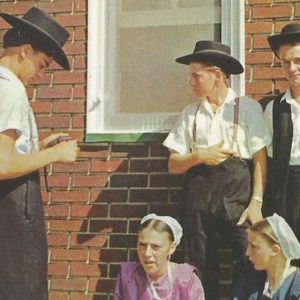 In 1962, a young scholar from Saskatchewan by the name of Rudy Wiebe caused outrage and scandal in Mennonite communities...
© LitHub
Back to top