Also on Literary Hub: Interview with a bookstore: Copperfield’s Books · The first graphic novel about the war in Iraq by a veteran · The musical genius: from Justin Tussing’s Vexation Lullaby 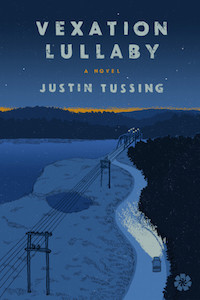 When I find the street I’m looking for, I drive past a bunch of well-tended, modest houses. Each yard is ringed with a low-picket...
© LitHub
Back to top