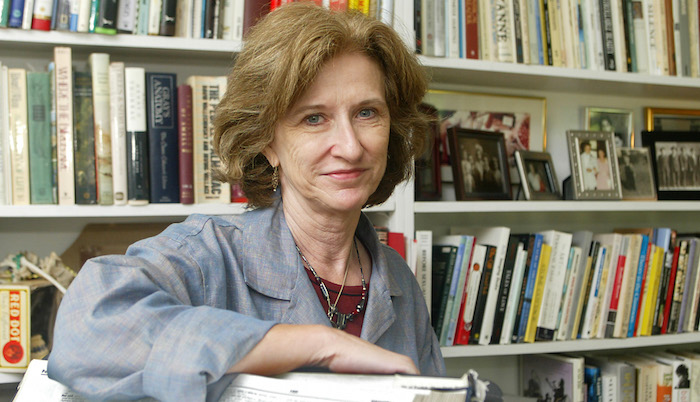 How the Renown Poet Used Poetry to Address Injustice

When Carolyn Doris Wright died on January 12th, 2016, tributes galore appeared: the Los Angeles Times, the New York Times, the Washington Post, and many more praised this fabulous poet, better known as C.D. Wright, who dared to “braid research, reminiscence, and reportage with ode and elegy,” as an eulogy in the New Yorker praised. But that was January, and C.D. Wright wrote poetry, that hardest of all sells in the reading world. As we celebrate National Poetry Month, how should we reflect on C.D. Wright’s legacy?

Strangely enough, C.D. Wright’s life and words may now be as relevant as ever, as we tread through an inundation of creative expression and a fierce battle for human rights. Wright used poetry as a tool to make sense of these realities.

C.D. Wright was born January 6th, 1949, in Mountain Home, Arkansas, a community of roughly 2,000 overshadowed by the Ozarks. She was the daughter of the judge and the stenographer of an Ozarks courtroom. Her upbringing fueled her interest in current events that would run through her poetry. Wright’s later work was fascinated with the tense injustices of our times: One Big Self drew from Wright’s numerous visits inside Louisiana state prisons to react against the prison industry, and in Rising, Falling, Hovering, Wright addressed (among other things) illegal immigration. In the meantime, the MacArthur Fellow wrote many other collections, arguing for the importance of poetry as an art in its own right.

Guernica interviewed Wright in 2012 about her early life and work, and discovered that the poet always thought she would end up in a “plainly useful occupation.” And she started on that route too, going to law school for a brief time before dropping out to get her MFA. She wrote that “a few carelessly set mental fires [including] a fateful encounter with a poet my age who wrote in a lexicon known to the marrow of my bones, lit for me, poetry.” That poet was another legend coming into his own: Frank Stanford. The two met in the mid-1970s and started their own poetry press, as well as an affair that would last until Stanford’s early death. Of her relationship with Stanford, C.D. Wright was quiet, but his influence carried into her stunning work One with Others.

One with Others was published in 2011 by Copper Canyon Press, which also published the majority of Wright’s work later in life. In a combination of investigative journalism and poetry, Wright tells the story of her mentor “V,” a white woman who fought for civil rights in the Arkansas of the 60s and 70s. The title won a National Book Critics Circle Award and secured a National Book Award nomination. The book opens and ends with a line from Frank Stanford’s poem “The Battlefield Where the Moon Says I Love You,” which puts in short form the continued need for open minds when it comes to race relations in the United States:

I want people of twenty seven languages walking back and forth saying to one
Another hello brother how’s the fishing
And when they reach their destination I don’t want them to forget if it was bad.

After One with Others, Wright published the lovely, ridiculous The Poet, the Lion, Talking Pictures, el Farolito, a Wedding in St. Roch, the Big Box Store, the Warp in the Mirror, Spring, Midnights, Fire & All on January 5th, the day before her 67th birthday. This love song to poetics illustrates what Wright told Guernica in 2012: “Even though I get blatantly sick of poetry. . . I cannot for the life of me imagine my life without it.” Wright saw her world through poetry, using it to interpret reality, to cultivate compassion, as “My American Scrawl” hints:

Increasingly indecisive, about matters both big and little, I have found that poetry is the one area where I am not inclined to crank up the fog machine, to palter or dissemble or quaver or hastily reverse myself. This is the one scene where I advance determined, if not precisely ready, to do battle with what an overly cited Jungian described as the anesthetized heart, the heart that does not react.

Seven days after this collection was published, Wright died, leaving a forthcoming collection with the prophetic title, Shallcross to be published during this National Poetry Month, on April 26th. In line with Wright’s intense engagement with the hard issues of reality, this collection includes a collaborative suite responding to photographic documentation of murder sites in New Orleans.

Poetry is relevant, poetry is imperative to understanding our times and ourselves. Wright herself said it best: “[Poetry] could still galvanize people during a crisis, but let’s just say, as I heard Heather McHugh tell an ample audience, there are two points at which poetry is indispensable to people—at the point of love and the point of death. I’ll second that emotion.”

30 Poets You Should Be Reading 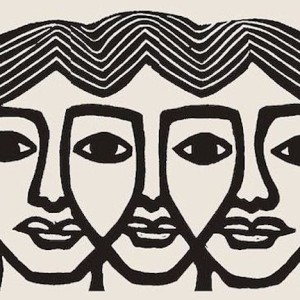 2015 was a bad year for white poets being racist—Kenneth Goldsmith, Vanessa Place, Marjorie Perloff, among others, caused...
© LitHub
Back to top