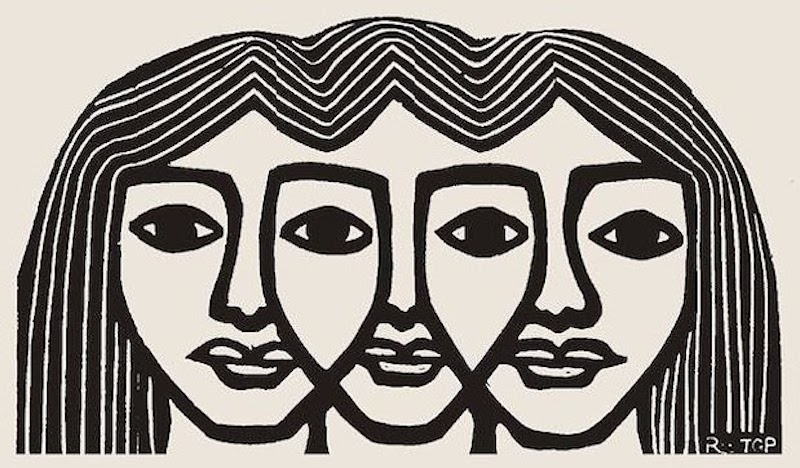 Moving Beyond the the Binary of "With Us or Against Us"

2015 was a bad year for white poets being racist—Kenneth Goldsmith, Vanessa Place, Marjorie Perloff, among others, caused a great deal of pain and anger in the poetry community. For the most part, I’ve stayed out of those conversations. Now I feel it is an appropriate time to speak, about the frameworks of literary activism and how I want to heal, engage.

To start the conversation, I want to acknowledge the binary framework that has accompanied many of these controversies: literary activism has been positioned as ANGRY POETS OF COLOR vs. STRAIGHT WHITE GOONS. A few allies have taken up space in the conversation too.

This binary is dangerous because it positions anyone who is not in alignment with the strategies used by more vocal poet-activists of color as an enemy—if you’re not with us, you’re against us. This framework is an oversimplification that ignores the perspectives of many. It is possible to be in accordance with someone but disagree with some of their tactics. I am writing this article because I want more people to become literary activists and find an activist framework that they feel comfortable deploying. There is no singular way to be an activist. Below are several different frameworks that literary activists have been using lately.

I want to analyze some of the tactics of my comrades—anonymity, social media justice, boycotts—and I want to critique my strategies for literary activism too. I do this not to demean or minimize anyone’s movement work, but to find a way forward, so we have the ability to openly discuss our differences in opinion about how we would like to heal and engage. Again, there is no right or wrong way to be an activist (or so I believe).

Sitting with my friend, I jokingly say I’ve tracked the IP addresses of Mongrel Coalition and discovered it’s actually comprised of straight white conceptual poets from UPENN, students of Kenneth Goldsmith. They’ve fooled poets of color into solidarity! My friend nearly shit her pants. And this is how anonymity functions. We don’t know who we’re engaging with.

I actually don’t believe that Mongrel Coalition is comprised of straight white conceptual poets. But often I feel as if anonymity (in this case) is a manner by which poets can critique white supremacist systems while still maintaining their personal investments in those systems.

How does this harm poets of color? When depressed and anxious and poor in San Francisco, I read a couple of posts by Mongrel Coalition critical of other poets who they did not name but merely described. In my anxiety, I began to think the Mongrel Coalition was shit-talking me. That’s okay. But I wanted to engage. I wanted to be accountable and become a better literary community member. Since I wasn’t even sure if the post was about me (or to whom I was supposed to be accountable or for what) I ultimately decided to manage my anxiety and try to continue on with my day, changing nothing about my actions. There was no investment in my education or rehabilitation. Their framework felt very punishment based.

I do believe in anonymity sometimes, though. Recently, an article was launched by VIDA in which people spoke out anonymously about sexual misconduct in the literary community. I do not think these people were trying to protect investments in the literary community, but were rather protecting their physical and emotional safety. I can agree with anonymity here. Though, this perspective (of mine) raises more complex questions about what constitutes as violence and safety… Maybe I do agree with Mongrel Coalition’s use of anonymity? I just want to provide a place for the tactics to be discussed.

A friend once told me to listen to anger, that anger is one of the greatest teachers. And so, when anger manifests as an issue-driven flurry of online action, I listen. But often what I hear is not the hurt of a particular incident—what I hear is an accumulated anger about the racism and hurt that is dealt with EVERY FUCKING DAY in this country.

I want to believe in transformative justice, in rehabilitation, but I’m not sure if it’s possible online, via Facebook or Twitter. And to be honest, I’m not interested in rehabilitating, educating, or doing any emotional labor for people like Vanessa Place or Kenneth Goldsmith. They’re not part of my daily life or community and I don’t believe that educational work is mine to do, without pay. I don’t have the capacity to organize and educate around every racial aggression I encounter. Thus, I chose my engagements cautiously.

The one time I did engage online was with Kate Gale, after comments she made in response to criticism of AWP. I engaged because the journal I edit (Nepantla) hosted an event with Red Hen Press, a week prior to her racist statements. So, since we (Red Hen and I) were already in collaboration and community, I took action. I wrote the person at Red Hen with whom I organized our collaborative event. I CC’d Kate Gale and my manager at Lambda Literary Foundation on the email. I asked that Kate Gale withdraw her statement, apologize, and that Red Hen Press have anti-racist and anti-sexist workshop trainings. I also issued a statement on behalf of my journal denouncing Kate Gale’s statements and apologizing to anyone hurt by the incident.

For me, this was an appropriate movement towards healing and accountability for all parties involved. I do not believe that silence is the right choice in the face of oppression, but I do believe we have the right to choose our engagements. There are a multitude of ways to be a literary activist.

Earlier in the year, a handful of latinx poets were asking me about my opinions of the Letras Latinas and Red Hen Press publishing collaboration. They asked me if it would be okay to submit their manuscripts to Letras Latinas. And I told them “Yes, if you can trust the publisher.”

The logic behind the boycott was to shut down Red Hen Press, and in effect the Letras Latinas collaboration—this would be detrimental to the work of many poets, specifically Latinx poets. I don’t think boycotting Red Hen is fair to the poets of color who are published there. Much of the language around Kate Gale and Red Hen Press is preoccupied with binaries of innocence or guilt. Of course, by her statements, Gale is not “innocent,” and people do not want to be affiliated with the pain she caused. But I also believe that no press or person is innocent. I often feel like notions of “guilt or innocence” or “punishment and social isolation” are just mimics of the state’s carceral thinking.

Yes, I have been upset with white supremacy and trans-misogyny and classism within the poetry community too. How I choose to deal with it is by creating space for badass writers of color. I founded Nepantla: A Journal Dedicated to Queer Poets of Color and cofounded the Undocupoets Campaign with Javier Zamora and Marcelo Hernandez Castillo. The Undocupoets Campaign was a petition which fought for the end of submissions guidelines which prohibited undocumented writers from applying to first book contests. I try to create space for writers of color. This is my preferred form of activism.

My activism stems from a prison abolitionist framework. I believe in critical conversations with my community, I believe in doing rehabilitative work for my community, I believe in repercussions but not in punishment. Often times, I feel like other forms of literary activism have become platforms for white names to get recognized and brown writers to get pitted against one another. (I recall last year, mentioning to a friend that Yi-Fen Chou was the only non-white name I’d heard from literary activists for an entire week.)

Critiques can easily be made of my framework as well: that I am too invested in the rehabilitation of a poetry community which is elitist and exclusionary; that it’s too informed by proximity to literary institutions; that I’m a reformist (not an abolitionist) when it comes to the poetry community. I want to be self-critical and open about my own motivations too. My framework may not be suited for everyone either. That’s okay.

I want to express deep admiration for the #BlackPoetsSpeakOut movement, which arose after the police murdered Michael Brown and Eric Garner. #BlackPoetsSpeakOut is a video series where black poets read the work of other writers before them. Some poets have also chosen to read their own works. Each video, in this project, starts with the phrase “My name is _________ and I’m a black poet who will not remain silent as this nation murders black people. I have a right to be angry.” If I have ever encountered a community resisting and healing and mourning in perfect unison, this is movement is it.

In writing this article, I don’t want to patronize other writers of color who have done movement-making work. I do not want to minimize the hurt that has been caused by racism, and more specifically anti-blackness, in the poetry community. I merely want to come into conversation about the frameworks that we are using and how they are functioning. I want my tactics to be interrogated too. I want us to collectively learn and heal and find the best ways for community healing. I want us to be able to choose which activist frameworks we feel are best suited for our abilities and desires. I want people to be able to have varying opinions and tactics without having fear of entering into the conversation about how our varying opinions and tactics are functioning.

I am thankful for the work of all the literary activists I critiqued above (even if I don’t want to participate in their frameworks). I am hurt when seeing recurring incidents of racism within the larger poetry community. I hope that we can all heal together and move beyond the binaries of “with us or against us.”

Christopher Soto (b. 1991, Los Angeles) is a poet based in Brooklyn. He is the author of the chapbook Sad Girl Poems (Sibling Rivalry Press, 2016) and the editor of Nepantla: An Anthology Dedicated to Queer Poets of Color (Nightboat Books, 2018). e cofounded the Undocupoets Campaign and worked with Amazon Literary Partnerships to establish grants for undocumented writers. He is currently working on a full-length poetry manuscript about police violence and mass incarceration. 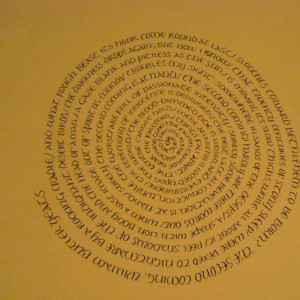 For almost 50 years, I’ve read and written poetry as a kind of spiritual discipline, drawn to the possibilities for alert...
© LitHub
Back to top