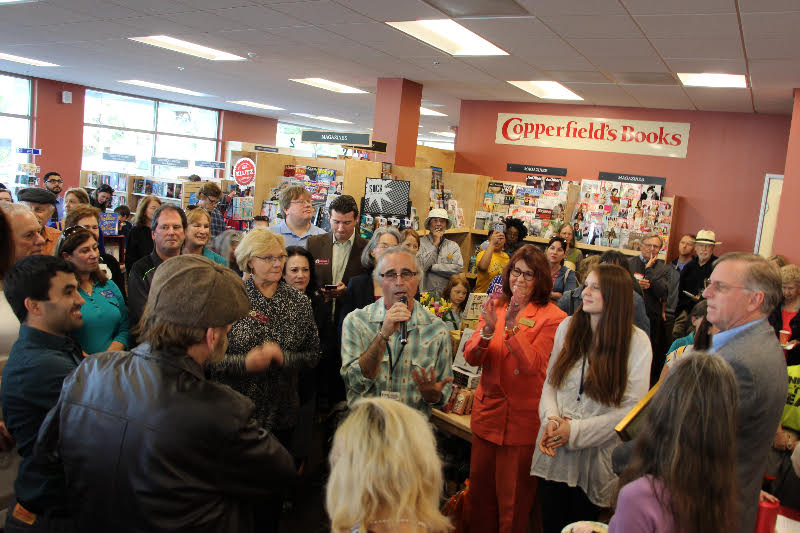 Interview with a Bookstore: Copperfield’s Books

How An Independent Bookstore Contributes to a Healthy Community

Founded by two hippies in Sebastopol in 1981, Copperfield’s has grown over the last 35 years to eight stores in three counties with 100 employees. The indie culture remains strong with each store representing its unique community needs when it comes to what books to feature and what authors to host. As a testament to the growth of independent bookstores across the country, Copperfield’s introduced its newest store last week in Novato.“Community reception was incredible,” said Copperfield’s President and Co-owner Paul Jaffe. More than 600 people attended the ribbon cutting ceremony on April 13. “We are coming into a community of readers. From the Novato Chamber to the City of Novato to the Novato School District, everyone made us feel welcome. You can feel the excitement about Novato having its own independent bookstore and we’re already seeing it in the number of people who are coming through our doors. It’s a great time to be an independent bookseller.”

This is Copperfield’s second store in Marin County. Copperfield’s opened its San Rafael store on 4th Street two years ago. Additionally, there are two stores in Napa County, one in Napa and one in Calistoga, and four stores in Sonoma County in Healdsburg, Santa Rosa, Petaluma, and Sebastopol. Copperfield’s is owned by Jaffe and Barney Brown. 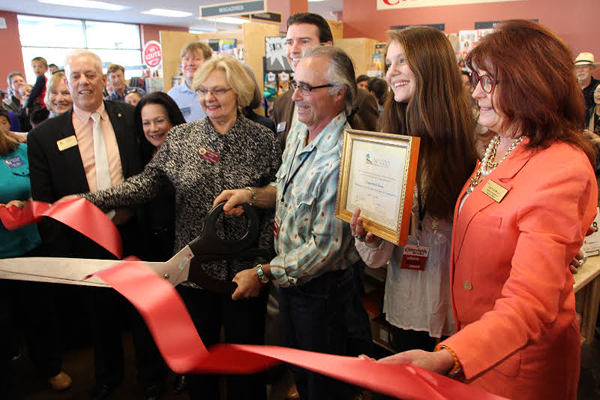 Chris Lindauer (Manager, Montgomery Village store): My favorite section of the store is literary fiction. To me when you are reading literary fiction you see the best in writing with a great story and great character development. This is what I like to read because it resonates for me for years after. And it’s easy to recommend out of the section because I’m passionate about the genre myself.

Andrew Getman (Manager, San Rafael store): My dream if we had more space would be to be able to treat the bookstore like a google search, with cross referencing of titles in more than one section. For instance create a display of international writing and stock books based on the country from which they come. If customers were traveling to Egypt, we’d have both fiction and nonfiction books on hand in a display by country and then again in section. It’d be like the whole bookstore was hyperlinked.

Vicki DeArmon (Marketing & Events Director): If we had infinite space in our stores, I’d add a beer and wine bar. We’re located in the heart of the wine country and everything here goes better with wine, including book sales.

Mimi Figlin (General Manager): What do we do better? Than Amazon you mean? We create community. We really excel at creating that third space in our stores, after home and work. Each of our store’s staff reach out to book clubs, school groups, and local organizations. We do an enormous number of donations and are in constant dialog with our communities. Plus we have bathrooms!

Vicki: What’s so gratifying about Copperfield’s is that no matter where we go in the North Bay, people proclaim their love for us. Copperfield’s has greatly benefited from having a strong GoLocal organization that works to educate people to the benefits of buying local. The correlation between having an independent bookstore and a healthy community is widely understood here. People get it. They understand that purchasing a book from us guarantees that they get a great place to keep coming to.

The one thing I think we do best when it comes to having successful events is to match the author to the community. We know where our mystery readers congregate, where to find our foodies, what community has a preference for literature, politics, nature. In placing an author at a store where we know there will be a good audience, we demonstrate to our communities that we are paying attention which is central to indie bookstores. 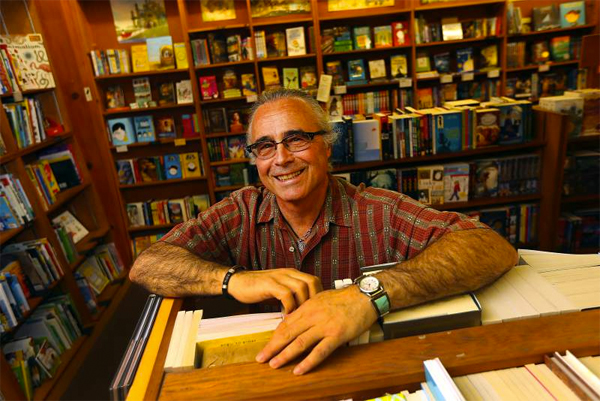 Kaitlin Smith (Manager, Healdsburg store): One of my favorite customers is Kate MacMurray. Not only is she a fabulous person, hugging the staff when she comes in, she’s an avid reader and loves talking about books. She also just happens to be actor Fred MacMurray’s daughter and runs one of the boutique vineyards here in Healdsburg, MacMurray Ranch

Winona Wagner (Manager, Novato store): I was astonished and so moved at the amazing turnout at our store opening in Novato. I’ve never seen that many people in a bookstore and it was a beautiful sight especially when you’ve been working for months behind the scenes to get ready. It was like an opening night of a smash Broadway show. We couldn’t be more grateful to the people of Novato for helping us celebrate.

Aubrey Doherty (Manager, Sebastopol store): One of the craziest situations we’ve ever had was two holidays ago when Sonoma County was experiencing flooding. We actually had water running down the stairs like a waterfall and into the store. Even our Bucket brigade who was putting down cardboard and mopping like crazy couldn’t stop the water as it poured through the back door. We found a literary application though. We posted copies of A River Runs through It along our store’s river, just to keep our sense of humor in all the madness. 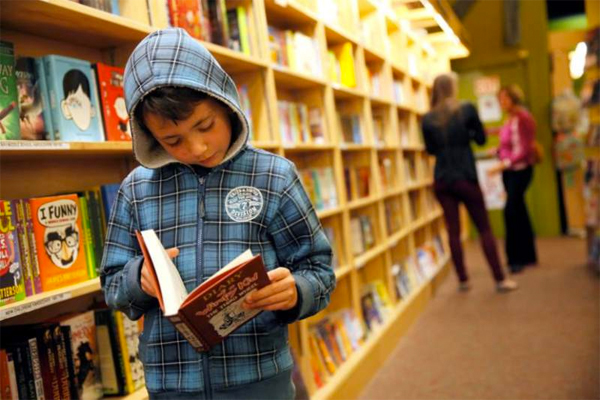 Sheryl Cotleur (Book Buyer): I love my job because I’m constantly exposed to great literature and great people, not only at Copperfield’s but in the publishing world. It’s an amazing industry of people who love what we do, are dedicated to the written word, and make little money doing it, yet feel like we are contributing to the culture through books

Matt Brown (Manager, Petaluma store): My biggest surprise about managing a store is that I’m actually good at it. People were pushing me toward management but it wasn’t something I aspired to, but I find I enjoy creating a good work environment for my staff so we can create a place where people can discover books. The challenge is to balance the business aspect and build that community bookstore people want to visit. 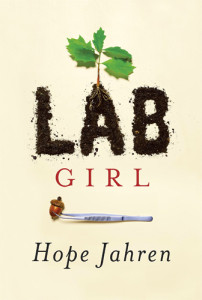 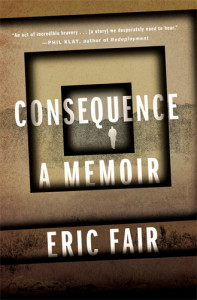 SHERYL SELECTS RECOMMENDS: In this very personal memoir, Eric Fair opens up about his life as an interrogator in the miasma called the Iraq War. On his career path, he gradually loses his moral center as he gains interrogation skills, as well as what he thinks of as manly self-esteem. Along the way, he becomes both bewildered and eventually appalled by the behavior he both witnesses and enacts, yet feels helpless to control it. A valuable and compelling book, Fair tries to reach some kind of forgiveness and understanding for his actions, and for that I can only think well of him. 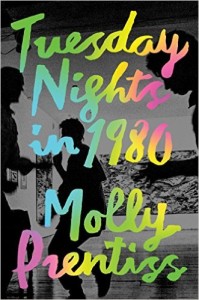 SHERYL SELECTS RECOMMENDS: Tuesday Nights in 1980 is an utterly absorbing novel framed by the brilliance, excess, and exuberance of the New York art scene in the year 1980. With the seemingly disparate perspectives of a misfit art critic blessed with synesthesia and the deadly political repression of 1980 Argentina, author Molly Prentiss has the reader’s attention from the very beginning. The story, populated by vividly rendered, imperfect characters (and some familiar faces), never lets up. We are invited into the lives of people who need others to realize their best selves—but rarely recognize it. A novel of conviction, human frailty, and loyalty, Tuesday Nights is a searing, vibrant read that’s not easily forgotten. 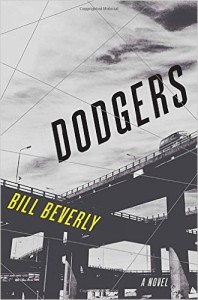 SHERYL SELECTS RECOMMENDS: Following orders, four young African-American men leave their tightly bound South Central L.A. Community, driving across the country to perform a hit that will prevent a witness from testifying against their boss. Ghetto-born and -raised, they have outlaw skills and the respect that comes with that in their community. But in wide-open America, they are profoundly outside of their comfort zone, and each man must grapple with their skills, wits, sense of duty, and—for one of them in particular—a dawning sense of what the future holds for such a lifestyle. Provocative, gripping, and timely, Dodgers is a riveting read that leaves a lasting impression. 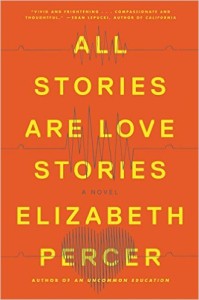 SHERYL SELECTS RECOMMENDS: his novel—a heart-stopper for anyone who lives near the San Andreas fault—sees a cast of characters navigating San Francisco in the wake of a massive earthquake. As they attempt to to survive in the destroyed landscape, it becomes clear how much their loved ones mean to them, in ways rarely considered or understood. Tender and compelling, All Stories Are Love Stories gives even the smallest details lasting resonance. 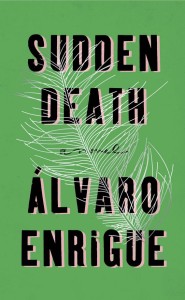 SHERYL SELECTS RECOMMENDS: This mind-bending historical novel is audacious in both scope and execution. Centered on an epic tennis duel between Italian artist Caravaggio and Spanish poet Quevado, the story covers everything from the making of the balls (trust me—there’s a story), to 16th century Rome’s obsession with the sport, to the plentiful and intense court and papal intrigues of the time (including Cortes’ conquering of Mexico for the Spanish crown). This sly, bawdy novel covers more historical and stylistic ground than any 260-page novel in recent memory. An inquisitive and pleasurable read from introduction to conclusion, Sudden Death is a flat-out “WOW” of a novel. 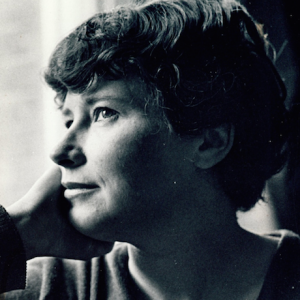 Salman Rushdie on metamorphosing, multi-faceted work of the fathers of modern literature, Miguel de Cervantes and William...
© LitHub
Back to top
Loading Comments...