TODAY: In 1919, Karl Adolph Gjellerup Danish poet and novelist who together with Henrik Pontoppidan won the Nobel Prize in Literature in 1917, dies.

When you discover you’re a character in someone else’s novel: John Wray on the anxiety of reading about “John Wray” • What Beowulf Sheehan learned while photographing literary greats • Going hungry at the most prestigious MFA in America: Katie Prout on class, work, and making ends meet in Iowa • Inside the rooms where famous books were written •  Charlotte Shane on commodified feminism, and the dangers of the mainstream • “Our stories are our power, our key to survival.” Gabrielle Bellot on Brett Kavanaugh, who we believe, and her own story of abuse • “Adoptees have so rarely gotten to tell their own stories.” Nicole Chung talks to Mira Jacob about her new memoir • Secrets of the Book Designer: Alison Forner on creating the cover for Lisa Brennan-Jobs’ Small Fry • Isabel Allende’s complicated history of fictionalizing national tragedy • Nora Krug’s graphic memoir on homesickness and Heimat • Hope Ewing talks to Talia Baiocchi about how to make a career writing about booze • Alison Pearlman on the weird world of secret menus • How the communist blacklist shaped the entertainment industry as we know it •

Midnight in the garden of Haruki Murakami superfans: Fran Bigman reports from a certain late-night book launch at Three Lives Bookstore • “An unpredictable life. . .” Andre Naffis-Sahely on the life and times of Knud Holmboe, the Danish journalist who drove across North Africa in the 1930s • “She painted other women as she saw them: courageous, resourceful, rebellious and strong.” The #MeToo moments of Renaissance painter Artemisia Gentileschi

From Americanah to The Call of the Wild, classic reviews of beloved books featured in The Great American Read that show love in all its many forms • The Sadness of Beautiful Things author Simon Van Booy recommends five books on the sadness of love • This week in Secrets of the Book Critics: NBCC Award-winning critic, poet, and essayist William Logan on Moby Dick, Claudia Emerson, and Samuel Johnson • What the critics wrote about the 2018 National Book Award Finalists • The horror master on Tana French’s spooky Irish thriller, a Mitch Albom beatdown, Deborah Eisenberg’s sensational stories, and more Reviews You Need to Read This Week • New titles from Haruki Murakami, Michael Lewis, and Kareem Abdul-Jabbar all feature among the Best Reviewed Books of the Week

Happy Birthday, Elmore Leonard! A list of his best opening lines, ranked • “We’re all unreliable narrators.”—Tana French on gaslighting, giving voice to new perspectives, and whether there’s such a thing as a feminist crime novel •  Demian Vitanza on the weight of words in prison, and how fiction writing can be the truest representation of prisoners’ experience • A celebration of the whisky-soaked wit and wisdom of James Crumley, in honor of the 79th anniversary of his birth • ”I am, by nature, a loner. I watch and listen; the writer’s job.“ Joe Ide on Sherlock Holmes, Los Angeles, and the strange nature of instant fame • The best of the science fiction crossover mystery, featuring Marie Lu, Malka Older, Nnedi Okorafor, and more, as recommended by Claire O’Dell • Lou Berney on a longstanding fascination with characters on the run, and what he learned about life and storytelling from 10 classic chase novels • A look at outlaw culture and America’s criminal families, from Fox Butterfield • Mystic River, The Shining, Man on Fire, and more: the best crime films streaming this October • Paul French’s “Crime and the City” column travels to Phnom Penh and looks at the burgeoning noir scene in Cambodia’s capital city • Hackers, assassins, and deadly apparitions: all the best thrillers to read this October • Five atmospheric thrillers set in the far north, as recommended by Swedish crime writer Susanne Jannson 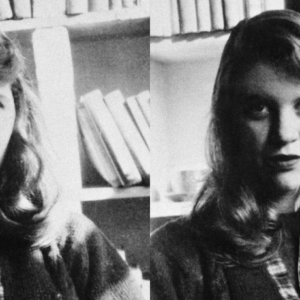 Midnight in the garden of Haruki Murakami superfans: Fran Bigman reports from a certain late-night book launch at Three...
© LitHub
Back to top