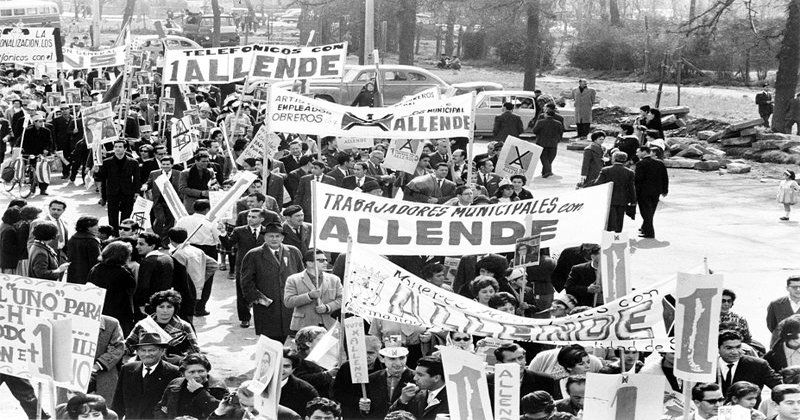 On the Risks of Fictionalizing National Tragedy

Isabel Allende, who fled Chile under threat of death in 1973 because she was related to the deposed Socialist president Salvador Allende, is a complicated case study in human rights writing. On the one hand, The House of Spirits (1985) is arguably one of the seminal hemispheric texts of rights writing. A landmark novel that fictionalizes Chile’s history of counterrevolution and atrocity in a powerful, multigenerational family saga, it was described in the New York Times Book Review as a unique achievement of “personal witness and possible allegory of the past, present and future of Latin America.” On the other hand, Allende has been repeatedly taken to task for the perceived moral failures of her writing. Allende has characterized herself as a writer who feels a special “responsibility” in her fiction to “speak for others who are kept in silence,” to communicate the truth of atrocity to the world. Nonetheless, she is repeatedly criticized on precisely this issue of responsibility, primarily because she appears to rely on fixed narrative conventions that achieve popularity through moral compromise. Allende has replied by arguing that the violence totalitarian regimes have committed against writers makes reaching “a large number of readers . . . a great responsibility.” Elsewhere, Allende has characterized the criticisms against her as an elitist disapproval of popularity in and of itself. As she said once in an interview:

The fact [that] people think that when you sell a lot of books you are not a serious writer is a great insult to the readership. I get a little angry when people try to say such a thing. There was a review of my last book in one American paper by a professor of Latin American studies and he attacked me personally for the sole reason that I sold a lot of books. That is unforgivable.

While there may be something to Allende’s claims about suspicion of broad popular appeal, criticisms against her work tend to be rather more focused than that. Here is a representative question posed to Allende in an interview published in the Kenyon Review:

How would you respond to critics who allege that Isabel Allende is writing popular romance, or even kitsch, which is escapist and ultimately conservative because it doesn’t fundamentally challenge readers? Some readers have charged that you write literary soap operas. How do you respond to criticism that your work is implicitly conservative because it merely confirms readers’ extant worldviews?

The interviewer also asked Allende to respond to the charge that she writes books about human rights violations in which villains generally receive their due punishment, thereby presenting to readers a world of easy justice that does not require their continued outrage. In her immediate response to these questions, Allende defended herself by denying that the charges were true of her fiction. That is, her first response was to not challenge the premise of the questions: namely, whether as a writer who focuses on human rights, she should be judged by the degree to which she challenges worldviews and avoids narrative closure.

Maya’s Notebook, on a first read, would seem to be the worst novel to choose from her corpus to alleviate the concerns of the Kenyon Review. It is the story of a US teen runaway, Maya, whose path to social reintegration mirrors the recovery of her caretaker, Manuel, detained and tortured years before in Chile. As part of her recuperation from abuse and addiction, Maya investigates Manuel’s mysterious past, learning about the hidden details of his torture and uncovering the secret that he is in fact her grandfather. These coupled revelations are, at novel’s close, tied into a romantic breakthrough for Manuel and a romantic recovery for Maya. As Allende’s critics might charge, the revival of both exiles is celebrated as an extension of each of their romance plots, and Manuel’s torture plot is reduced to a device for amplifying narrative closure in Maya’s heterosexual coming-of-age story. Moreover, the protagonists are able to reconcile themselves to their pasts because their suffering has made them into who they are today, and we readers are meant to find this end point deeply satisfying. Their suffering is not senseless trauma but rather valuable, personality-enhancing tragedy.

“Allende has characterized herself as a writer who feels a special “responsibility” in her fiction to “speak for others who are kept in silence,” to communicate the truth of atrocity to the world.”

It is possible, however, to see Maya’s Notebook differently, to see how Allende has attempted to embody a different kind of responsibility. The first thing to underscore is that Allende, like Francisco Goldman, reverses the vector of rescue in novels that feature political violence in Latin America. In her story, the protagonist must leave the United States to escape persecution. This critique of US exceptionalism by way of narrative structure echoes Allende’s own personal life. Discussing her immigration to the United States, Allende explains: “I didn’t come for the American Dream. I had no interest in being in the United States . . . The American CIA had intervened in my country, toppled a democratic government, installed a military dictatorship, and I thought they were my personal enemy.” The second thing to underscore is that “human rights violation as vehicle for self-discovery” is a trope pervasive throughout the genre. For instance, the orphaned protagonist of Arlene Chai’s Eating Fire and Drinking Water, like the protagonists of The Long Night of White Chickens and other novels, conducts an investigation into human rights violations as a way of examining her own identity, in this case by discovering her own biological parents.

It could be argued that Allende reductively uses Manuel’s torture as a subplot to enhance the existential depth of Maya’s romantic self-discovery. But it could also be argued that Allende does so as an ethically engaged response to the challenge Goldman presented with the character Flor. That is, Allende is insisting that refugees and torture survivors in human rights novels need not only or even primarily be understood as refugees and torture survivors. She is trying to show that subordinating a trauma plot to a romance plot can sometimes function as character expansion rather than constriction. Allende recalls the way reviewers criticized her novel Of Love and Shadows because of its “sentimental” approach to atrocities that took place in Chile in 1973. “If the main characters . . . had died in a torture chamber, or at least if the violent experiences they endured had drowned them in despair and destroyed forever their capacity to love and to dream, these critics might have been more tolerant.” But such a stance, she argues, promotes a needlessly impoverished view of the capacities of both art and the human. Political responsibility in her novels is revealed precisely because a character “who has been raped, tortured and mutilated, is able to reconcile herself with life . . . [to] make love in spite of terror.” For Allende, it is not a moral betrayal to narrate atrocity as a component of a person’s story rather than its entirety.

Novelists like Helon Habila and Dave Eggers have taken similar approaches. In Measuring Time, Habila subordinates accounts of the Biafran War and child soldiers in the First Liberian Civil War to the romantic coming-of-age narrative of a young African writer. This narrative hierarchy is deliberate, as Habila reveals in a meta-textual moment when the young writer receives a rejection letter from a London magazine: “We regret that the subject does not suit our particular demand at the moment. However, if you have other pieces that address such issues as the AIDS scourge, or genital circumcision, or other typical African experiences in a challenging and progressive way, we’d like to take a look at them.”

Emphasizing a similar concern, Eggers once explained to me the importance of threading humor and romance through his biographical novel about the Sudanese refugee Valentino Achak Deng, What Is the What:

Early on [the manuscript] was just sort of jumping from headline to headline and calamity to calamity. I think that’s a narrator’s temptation, and that certainly was Valentino’s way of telling his story. He thought I was only interested in the most grievous atrocities, and so whole years would be skipped because “nothing of note” had happened that year in terms of the terrible things he had seen. [But I needed to] balance all the horrific parts with some measure of relief and calm and the other aspects of life, laughter and romance, all these things that make a full human life. If I didn’t do that I would be ignoring his whole humanity, saying all he is is a product of statistics, all he is is somebody who’s seen atrocity—there’s no other aspect of his life that’s of value. That’s what I would be saying, and that’s sometimes what we do say.

Whether or not such a recuperative reading is plausible or appealing in Allende’s case, however, it is not the argument I wish to make. Such an argument suggests, once again, that novels must have ironic relationships with reader expectations to merit critical attention. I am interested in moral and aesthetic criticisms of Allende not because I accept or reject their premises— that is a question for a different study—but rather because they are salient, public expressions of the internal formal tensions.

Atrocity as material for representation exerts aesthetic pressure on writers and on the novel as a form. It raises unique questions about the ethical responsibilities of authorship. The genre I am identifying is, in this sense, the product of an array of common structural questions. How do stories about steady, unremitting suffering adjust the novel’s more typical rhythm of alternating tension and relief? (Often a loose accumulation of settings stands in for the development and resolution of narrative desires.) How do authors make acute, recurrent suffering matter freshly? (Novels about torture are often short, or rely on braided plots and tone-resetting flashbacks to minimize the cumulative deadening effect of brutality.) How do stories written in the voice of the survivor or perpetrator generate character identification in the face of unbridgeable moral gulfs? (Authors counteract both distancing sacralization and revulsion in a range of ways, including irony and fish-out-of-water humor.) As the novel of human rights develops, and the academic subfield of literature and human rights evolves, more patterns and questions will emerge. 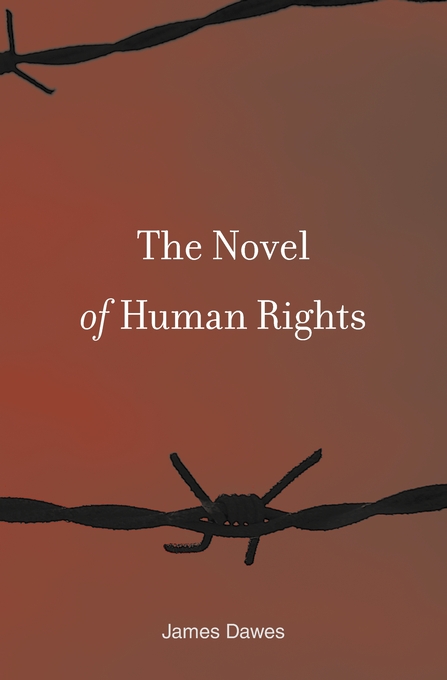 From The Novel of Human Rights. Used with permission of Harvard University Press. Copyright © 2018 by the President and Fellows of Harvard College. 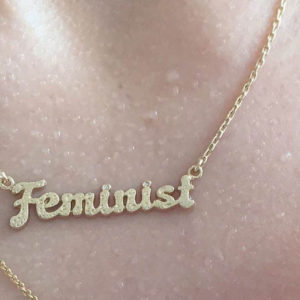 If you feel like feminism is failing you, you are not alone. I sometimes have the impression that I’m as thoroughly feminist...
© LitHub
Back to top