John Wray on the Anxiety of Reading About "John Wray"

The first thing I did when I learned that I was going to appear, as a fictional character, in a novel by someone that I barely knew, was to ask my best friend what to do about it. Actually, the first thing I did was to wander around my kitchen in a mild state of shock, trying to get my head around all the possible consequences, rationales, and meta-fictional implications of what was arguably the most fiction-like event of my non-fictional life. I made zero headway with that, so I called Matt at work. He’s a writer himself, and compulsively candid, and the most level-headed person that I know. Nothing fazes or surprises him. He began with the basics.

“Verena Rossbacher. She’s Austrian. We knew each other years ago, when I was living in Berlin.”

“We met for lunch a few times. We like each other’s writing. Nothing romantic. She’s got a long-term partner and a kid.”

A longer pause. Matt considered my answer. He seemed dubious—but Matt is permanently dubious. I didn’t take it personally.

“I don’t think so,” I said. “This is going to be a character in a novel, but with my actual name. And not just my name—my background, my job, my character traits. Everything.”

“People do that all the time now,” Matt said in a world-weary voice. “They write memoirs and call them novels. Lerner, Heti, Knausgaard. Tell-alls with fictional frosting.”

“This wouldn’t be that.”

I wasn’t sure I could. “This would be me—the most accurate version of me that Verena can write—used as a character in an otherwise fictional world. Me, but in the service of someone else’s narrative. She’s only making one small change—”

“You’ll be a plot device,” Matt interrupted me. “In someone else’s book.”

“Why would she want to do that?”

“That’s pretty much my worst nightmare,” Matt said, and hung up.

I’d gotten Verena’s email that morning, out of the blue. She’d been meaning to get in touch for ages, she wrote, in part because she remembered our handful of lunches and coffee dates very fondly—but mostly because her third novel, I Served in the House of Hobbs, was about to be published in Germany, and I happened to be in it. That’s exactly how she put it: John, you happen to be in it. Which somehow made it hard to feel flattered.

Verena couldn’t give me a reason, she went on, as to why I’d come to play a part in the development of her new novel, which had nothing to do with me otherwise: its protagonist was a butler to a wealthy banking family in Switzerland, a country I’ve only ever passed through on the train. The best Verena could come up with was this: in one of our Berlin conversations, I’d mentioned that I liked to re-read parts of a favorite book in my grandmother’s garden in the summertime, under an old but very beautiful apricot tree. I’d described that tree so lovingly, she said, that she sometimes imagined herself under it, writing rather than reading. That tree had reappeared in her imagination, Verena said, while she was working on her novel, and eventually it had pulled me in with it, along with deck chair and dog-eared copy of Through the Looking-Glass. In any case, I was now in the book: John Wray, six-foot-two inches tall, greenish eyes, lousy posture, American writer. Did I mind very much?

Please understand me correctly, Verena wrote. This is genuinely only intended as a tribute to your person and your work. Nothing in my portrait could in any way be damaging to your reputation—unless it would not be desirable, for some possible reason, that someone should believe that you are gay.

I’ve never been the kind of writer who claims that his or her characters are more real to them than their actual friends and family. I’ve never said, in interviews, that I missed them when a manuscript was finished, or that I felt pangs of conscience when misfortune befalls them, or that I could predict the toppings they might order on a pizza. I’m not a superstitious person, I don’t think, or more severely delusional than most people who make things up for a living. But in spite of all the above-mentioned disclaimers, I have to confess: Verena’s email sent an icy shiver up my spinal column. Not an unpleasant sensation, necessarily, but a mystifying one. I was just finishing a novel of my own for which I wrote a character based on the infamous “American Taliban,” John Walker Lindh; but that, I told myself repeatedly, was different. I could dish it out, apparently, but I couldn’t take it.

Unless… that icy prickling down my backside… was a tingle of excitement?

I put off answering Verena’s email. I was too perplexed to answer. Over the next few days, I spoke to other friends, writers all, in hopes of gaining something like perspective. Nathan shared Matt’s bug-eyed horror at the whole idea; Marlon accused me of bragging; Alice thought a gay John Wray would be a step up from the bland cisgender model. I agreed with all of them, except maybe for Marlon. Verena’s email, which I’d repeatedly marked as “unread,” glared at me each time I opened my laptop. Days went by like this, then weeks. In the way of all human correspondence, electronic and otherwise, it grew harder with each passing day to imagine myself answering at all. Whatever the precise nature of my crisis was, it deepened. If I myself had been a character in a novel—which I definitely wasn’t!—my reflection in the mirror would have flickered as I passed it, or gone weirdly translucent, or possibly not have been there at all. God knows how things might have turned out if Matt hadn’t taken pity on me.

“Write your girlfriend back yet?”

“In order to write her back, I’d have to know what the hell to tell her.”

“So this isn’t your absolute worst nightmare? Stuck in someone else’s book, a puppet to their every whim?”

“Her book. Is it garbage? Not garbage? The best of all time?”

That was all it took to knock me out of my ontological fog. I hadn’t even thought to ask to read the manuscript. My feelings about appearing in someone else’s novel, I realized, should be entirely dependent on whether the novel was good.

On that score, thank God, there was no need to worry. I Served in the House of Hobbs (which, like most of the best foreign fiction, has yet to find a US publisher) turned out to be gob-smackingly brilliant, which shouldn’t have surprised me at all. I adore Verena’s writing: that was the reason for our friendship in the first place. What was more, she hadn’t exaggerated one bit—the fictional John Wray, who begins a relationship with the protagonist on page 130 and sticks around for the duration, is significantly smarter, better dressed, and more likable than the John Wray he’s supposedly based on. Most flattering of all, however, was the simple fact of my inclusion in so intelligent a book. I’d been granted honorary membership in the most elegant and rarefied of clubs, with full bar and pool privileges, through no merit or achievement of my own. It was like winning the lottery with a ticket someone else had picked and paid for. What on earth could be sweeter than that?

I Served in the House of Hobbs was published in Germany, Austria, and Switzerland this August to raptures and raves. I took more pleasure in the book’s success, I think, than I have with any of my own—for one thing, I wasn’t half as terrified of failure. I knew this book was good. I was so childishly proud of Verena’s success, in fact, that I passed the book on to my mother, who loved it; it currently holds the top spot in her coveted and extremely competitive Best of 2018 bedside-table book heap. My mom has only one criticism of the novel, she informed me. The John Wray character is entirely unnecessary.

John Wray is the author of the critically acclaimed novels The Lost Time Accidents, Lowboy, The Right Hand of Sleep, and Canaan’s Tongue, and, most recently, Godsend. He was named one of Granta’s Best Young American Novelists in 2007. The recipient of a Whiting Writers’ Award and a Guggenheim Fellowship, he lives in Brooklyn and Mexico City.

Inside the Rooms Where 20 Famous Books Were Written 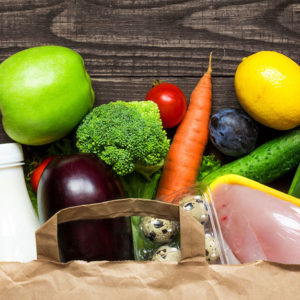 In a month, I’ll be 30, and the Iowa undergrads I’m watching walk through the alley on their journey from the Kum &...
© LitHub
Back to top