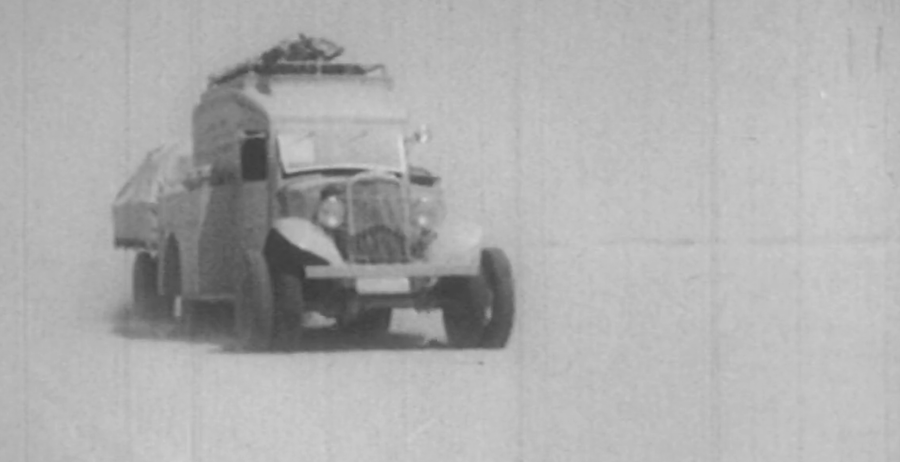 Why Knud Holmboe's Memoir is About So Much More Than Travel

The art of translation requires an element of unpredictability. Although in my twenties I made my living translating poetry and novels from French and Italian into English, it never became a real job in the strictest sense of the word. The simple reason for that is that I never took on many commissions; only three of my twenty-one translations were projects assigned to me by publishers. The rest, outside of a couple of dead authors, fit a certain mold. The writers were all from North Africa, and they were heathens, rebels, enfants terribles. Men who had challenged powerful institutions and simultaneously produced great art about those very struggles. I spent a great deal of time during those years living in North Africa—including a year in the medina of Fez, where I was able to devote myself to their books, with next to no interruption. I thought I had it all figured out. . . except I hadn’t. It was during one such lazy afternoon in Fez that I began reading Incontro nel deserto—Desert Encounter—by the Danish journalist Knud Holmboe (1902–1931).

I had bought the Italian translation of Holmboe’s book on a whim. As the son of an Italian mother who was born in Venice, but who’d never actually spent much time there, I had nevertheless long been aware of Italy’s wholesale rejection of its uncomfortable colonial past: particularly its brutal occupations of Libya, Eritrea, Somalia, and Ethiopia. Indeed, as far as most people living on the boot were concerned, the Italian empire had never existed, and while I had made a concerted effort to plunge into the depths of those tortured chapters of history, there were many gaps that required filling in.

I had purchased Desert Encounter in London and had taken it to Fez with me, where it lay forgotten in my suitcase for a few months until the sweltering afternoon when I retreated to the breezy rooftop of my house and began to read it. The book was prefaced by a certain Alessandro Spina, whose engaging essay on the life and work of this mysterious Dane, who had died aged 29 under mysterious circumstances, was far too engaged with Italy’s forgotten war crimes in North Africa to strike me as commonplace. To top it off, there was something about Spina’s name which didn’t feel quite right, either. It sounded like a pseudonym—not quite an Italian version of “John Smith,” but close enough—and it wasn’t long before I started digging into him, or “sleuthing around,” as one of my publishers put it at the time.

My efforts led to a shocking discovery: Alessandro Spina was a pseudonym used by a Benghazi-born Syrian Maronite who wrote in flawless Italian, bending the colonial oppressor’s language to his own ends and breaking the silence around the Italian colonial experience in North Africa—an intensely bloody 30 years that had scarred the Libyan landscape and its people, leaving marks to this day. I was hooked. Although Spina died in Italy at the age of 86, in the same week I signed a contract with a publisher to translate him, I had my work cut out for me for the next few years. In fact, Spina’s “Cyrenaican saga,” as he called it, still takes up much of my time, given that it’s a 1,300-page sequence of eleven novels and short story collections, chronicling Libya’s turbulent history from the fall of Ottoman rule in 1911 to the discovery of the country’s vast oil and gas reserves in the 1960s.

“Indeed, as far as most people living on the boot were concerned, the Italian empire had never existed, and while I had made a concerted effort to plunge into the depths of those tortured chapters of history, there were many gaps that required filling in.”

Much as I consider my work on Spina’s The Confines of the Shadow the highlight of my career as a literary translator, the simple truth of it is that I owe it all to Knud Holmboe, and he left enough of a mark on me that I’ve since read the book of his that began all this in three languages.

It was an unpredictable turn of events. I hadn’t expected much out of Desert Encounter during that lazy afternoon in Fez. It was a short travelogue, slightly under 300 pages—a few blurry black and white photos here and there, a couple of hastily drawn maps—and it looked like it had been written in a rushed, highly conversational style. My initial impression of Holmboe was Sir Richard Burton spliced with Bruce Chatwin. Still, its gutsy premise—emblazoned across the back cover—proved immediately appealing. Knud Holmboe was the first man to drive across North Africa west to east, and at the mere age of 28. The impossibility of anyone replicating that feat, a 2,200-mile journey, at the time I began to read—it was late 2011 and Gaddafi had only recently been ousted—drew me in right away.

Desert Encounter opens in 1930. Holmboe, a tall, blue-eyed Dane who had recently converted to Islam, finds himself in Ceuta, in the lobby of the Hotel Continental. He’s busy trying to work out the best route to Saudi Arabia, in order to make his pilgrimage to the holy cities of Mecca and Medina. Holmboe briefly considers taking a boat to Egypt, but then a chance meeting with an English reporter changes everything. “Look here!” the reporter bangs his hand on the table, “Why on earth don’t you drive through Africa to Egypt?” At first, Holmboe hesitates, pointing out that Tripolitania and Cyrenaica were in open rebellion and that the war would make the journey impossible. The Englishman, however, isn’t having any of it. He continues to egg him on. “You’re just the man to try,” he tells him, “you speak Arabic for one thing, and you’ve already converted to Islam. You should write us a book about North Africa, as seen through Arab eyes.” Deciding the Englishman is right, Holmboe fetches himself a 1928 Chevrolet, whose petrol tank has been enlarged so he can cover more ground, and he even picks up a travel companion, a 19-year-old Moroccan boy named Abdeslam—who would later probably regret his enthusiasm for joining Holmboe’s expedition after having to push the car out innumerable times whenever its wheels got stuck in the sand.

And so it begins. From Ceuta, Holmboe journeys on to Fez, then Oujda, and later crosses over into Algeria, stopping in the Saharan cities of Aïn Séfra, Laghouat, Ghardaïa, Touggourt—where a homesick Abdeslam bids Holmboe goodbye and heads home—before finally rolling into the Tunisian cities of Tozeur and Gabès. Soon enough, Holmboe is in Libya, where his journey truly begins. Although Italy had invaded Libya in 1911, by the time Holmboe showed up 19 years later, the Libyan resistance had frustrated the Italians to the extent that they resorted to genocide. Pouring cement down village wells, thus forcing the Libyans to abandon their ancestral hearths, the Italians rounded up much of the population and interned them in concentration camps, a policy that led Holmboe to pen the following scene:

The camp was immense. It contained at least fifteen hundred tents and had a population of six to eight thousand people. It was fenced in with barbed wire, and there were guards with machine-guns at every entrance. As we drove up among the tents, children came running towards us. They were in rags and hungry, half-starved, but evidently they were accustomed to getting money from the Commandant on his visits, for they stretched out their hands and shouted in Italian: “Un soldo, signore, un soldo!” (“A coin, mister, a coin!”).

“The land swam in blood,” Holmboe writes, estimating that 30 executions a day took place under the Italian regime, not counting casualties among the Eritrean troops imported into the country to “keep the peace.” Holmboe’s inquisitiveness eventually irks the Italian authorities enough that they end up deporting him to Egypt, taking him exactly where he’d originally wanted to get to in the first place. Not long after returning to Denmark, Holmboe wrote Ørkenen Brænder in a hurry, sent it off to his publisher and then left again, intending to continue his pilgrimage to Mecca and Medina.

“Holmboe briefly considers taking a boat to Egypt, but then a chance meeting with an English reporter changes everything. ‘Look here!’ the reporter bangs his hand on the table, ‘Why on earth don’t you drive through Africa to Egypt?'”

He never made it. Although Desert Encounter was a hit, Holmboe never learned of its fame. Although reports differ, Holmboe was murdered either in Jordan or Saudi Arabia, not long after returning to the Middle East; his body was never found. Reports dispatched to London by Sir Andrew Ryan (1876-1949), Minister to Saudi Arabia from 1930 to 1936, refer to a “foolishly adventurous young Dane, who, having embraced Islam, entered the Hejaz from Transjordan in the neighborhood of Aqaba, in about October, intending, it appeared to make his way to the Holy Cities”; however, Ryan noted, “there could be little doubt that he had perished in the wild country in the Northern Hejaz.” Holmboe’s disappearance even led to a hearing at the League of Nations, which proved as inconclusive as all other efforts to find out what really happened to him. The British and American press laid the blame at the feet of “marauding Arabs,” but it’s also quite likely that Holmboe was murdered by Italian agents intent on eliminating both the intrepid author and his uncomfortable message. After all, Desert Encounter is one of the few first-hand accounts of Italian atrocities in Libya that has survived to this day.

It is certainly ironic that I first read Holmboe in Italian. The edition I had taken to Fez with me—published in 2005—had been the first ever printed in Italy, nearly 75 years after it was originally written. In fact, Desert Encounter had been a minor bestseller in most European countries except Italy, owing to Fascist censorship first, and then racist ignorance later. Unfortunately, both Holmboe and Spina are still hardly known in Italy and I doubt that will ever change. Still, one of the beauties of translation is that it can extend a book’s lifespan by transporting it into kinder settings, which was why I was pleased to see it quoted in Hisham Matar’s The Return, which received the Pulitzer Prize in 2016, bringing Holmboe’s work—now long out of print in English, although available online—to bigger audiences than ever before. Holmboe would have been pleased by that: it was an unpredictable outcome to an unpredictable life.

The Vengeance of Artemisia Gentileschi 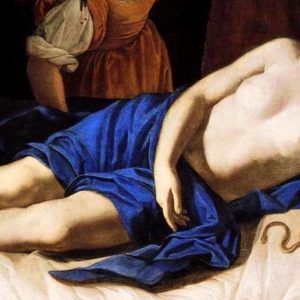 The Vengeance of Artemisia Gentileschi

I’ve long been a fan of a great crime story, whether in book form or as a television series, and a recent favorite...
© LitHub
Back to top