In our most recent longform piece, Anna Badkhen attends a forgiveness ceremony with the descendants of Geronimo · From Pepys to Perec, how 11 authors organized their personal libraries · Why we still need the morality lessons of Philip Pullman · On the film adaptation of Call Me By Your Name, which is an object lesson in adapting interiority · Why we can’t stop reading (and writing) about gendered violence: On rape culture in crime fiction · Why George Eliot’s heroine Maggie Tulliver deserves just as much praise as Dorothea Brooke · Hanging out with great poets Derek Walcott, Seamus Heaney, and Joseph Brodsky in 1980s Boston · Joanna Scutts on forgotten trailblazer Marjorie Hillis, who helped women live alone · Making sense of the end of the world: On nuclear technology, climate change, and apocalyptic narratives · A report from this year’s Wordstock, Portland’s wonderful lit fest
This week on Book Marks:

Parul Sehgal on the beautiful music of Jesmyn Ward’s Salvage the Bones · With her new dystopian novel, Louise Erdrich joins the ranks of Atwood, Orwell, and Huxley · A 1995 review of then-civil rights lawyer Barack Obama’s memoir · Book critic David Biespiel on Leaves of Grass, American mythology, and log-rolling in poetry reviews · A 2006 review of Thanksgiving Night, Richard Bausch’s old-fashioned feast of a novel · Joe Biden the bartender and the politics of the personal in Promise Me, Dad · Paradise Found: On André Aciman’s recently-adapted tale of adolescent sexual awakening on the Italian riviera, Call Me by Your Name 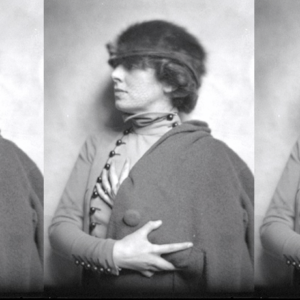 BEST OF LIT HUB: LIGHT READING FOR A HOLIDAY WEEKEND! Your Black Friday reading list: classics from the consumerist...
© LitHub
Back to top