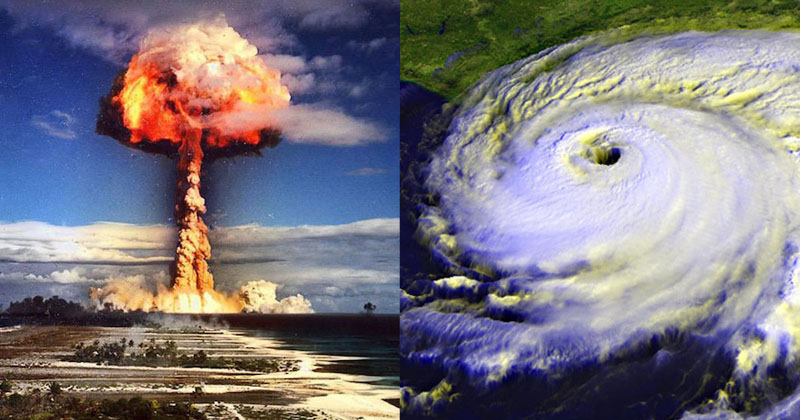 VIA THE NEW PRESS

Making Sense of the End of the World

We human beings are meaning-hungry creatures. This is especially true when it comes to encounters with death or other severe forms of trauma. No wonder that, in the case of both nuclear and climate threats, many turn to ideas and narratives associated with religion—especially apocalyptic religion. In most Jewish and Christian apocalyptic narratives, a sequence of human violation or neglect of God’s commandments leads to God’s furious retribution in some sort of world destruction. Only a small remnant of believers survives, leading to a new age of spiritual rebirth with God, once more, in charge of his followers.

Nuclear holocaust fits readily into the apocalyptic narrative of the Book of Revelation, which describes a “lake of fire burning with brimstone” where sinners go to a dreaded “second death.” Inevitably, believers have incorporated nuclear weapons into that sequence as the vehicle that sets it in motion. Although some see the weapons as symptoms of human sinfulness that must also be eliminated by the apocalypse, they can also be seen as agents of cleansing and purification in themselves. Certain fundamentalists welcome nuclear holocaust because of the apocalyptic promise of spiritual rebirth, so that “the earth shall become heaven.”

In the late 1990s, I encountered a lethal impulse to actively participate in apocalyptic destruction in my work on Aum Shinrikyo, the fanatical Japanese cult that released sarin gas in Tokyo subway stations. Ancient Hebrew prophets called this “forcing the end” and tended to reject it in favor of permitting God to control the timetable. Aum’s guru, Shōkō Asahara, showed no such restraint. He had his cult actually produce crude versions of chemical and biological weapons while seeking (fortunately, unsuccessfully) to acquire nuclear weapons. Aum brought forth the combination of ultimate fanaticism and ultimate weapons.  It is significant that the cult, founded on early Buddhist, and to some extent Hindu, ideas, nonetheless seized upon the Christian apocalyptic narrative.

I have argued that ancient apocalyptic narratives, along with political versions of them, become more attractive in a nuclear-weapons centered world. Once it is known that we can destroy our own species with our own technology, there is a profound temptation to provide such an ending with a meaning structure, and what better meaning structure than an apocalyptic narrative?

In some ways, climate change, with its slower, incremental sequence, lends itself less to apocalyptic drama. But biblical narratives are infused with climate catastrophe. The story of Noah and his ark is perhaps the best-known climate narrative. Disenchanted with humanity—“the earth is filled with violence because of them”—God declares that he is “surely going to destroy both them and the earth” by causing it to rain on the earth for 40 days and 40 nights. In other parts of the bible, God’s retribution takes the form of hailstorms, droughts, “darkness over the land,” and lethal earthquakes. In the Book of Revelation, the most apocalyptic New Testament text, there is a great earthquake in which “the sun becomes black as sackcloth of hair and the moon like blood, mountains and islands are moved out of place, the rivers run red with blood, and the earth itself is scorched.”

We can say that the Bible begins (Genesis) and ends (Revelation) with assaults on the human habitat. Biblically speaking, the human habitat is the essential apocalyptic target. And contemporary Christian writers in the apocalyptic mode have readily made the connection between biblical “extreme events” and present-day climate events. The televangelist Jim Bakker declared hurricane Harvey to be “God’s judgement on the city of Houston,” and a resident of the British Virgin Islands recently described her surroundings after hurricane Irma, as “like an apocalyptic doomsday scene. . . No trees, leaves or greenery.”

Because both are so readily joined with biblical envisionings of the end of time, I think of nuclear and climate threats as “apocalyptic twins” that are gradually converging. The scenes from hurricanes Harvey, Irma, Jose, and Maria—whole islands formerly alive in beauty and commerce reduced, within hours, to complete ruin—cause us to experience a sense of world-ending resembling the aftermath of nuclear weapons.

Most basically, the apocalyptic narrative is a response to our knowledge that we die, infusing that knowledge with meaning. Above all, it holds out the promise of spiritual renewal. Since the apocalypse always includes a remnant who will regenerate and repopulate the newly purified world, it becomes one of the great survivor narratives. Whether or not one imagines oneself part of this remnant, death takes on sacred value as a contribution to God’s creation of a human future. In that way, the apocalyptic narrative takes its place within the all-pervasive mythological theme of death and rebirth.

But we can bring a sense of human agency to the apocalyptic narrative. We then recognize we human beings are destroying the part of the world that sustains us, that we have put our entire species in danger. This recognition enables us to apply our great evolutionary asset, the human mind, to preserving our habitat and our own continuity of life.

Adapted from The Climate Swerve by Robert Jay Lifton, courtesy of The New Press. Copyright 2017.

Robert Jay Lifton is a psychiatrist who has written more than twenty books and edited many others, including many seminal works in teh field such as the National Book Award-winning Death in Life: Survivors of Hiroshima and The Nazi Doctors: Medical Killing and the Psychology of Genocide. He lives in New York City. 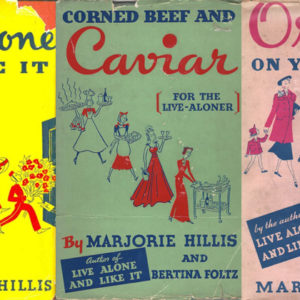 Long before I read Virginia Woolf’s manifesto, my dreams of the future were creative and solitary. I had no fantasies about...
© LitHub
Back to top
Loading Comments...