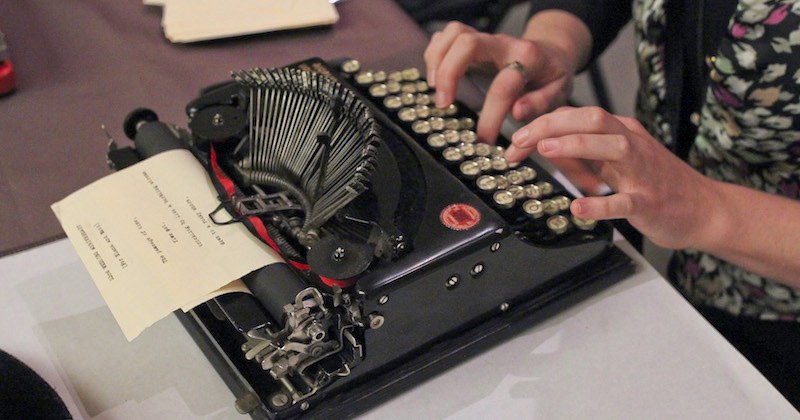 Usually, I am not afraid of missing out in the slightest, but Wordstock instills FOMO in me. I generally prefer to stay home, make like a hermit, and read a book. But Friday night on the eve of Wordstock, I was mingling—or, at least, attempting to mingle. I moved to Oregon this past summer, and attending the largest celebration of books and writing in the Pacific Northwest was a welcome way to connect with other writers and readers.

The first Wordstock took place in 2005, and the festival re-launched three years ago when Literary Arts stepped in as the new organizer. While the original Wordstock took place at the Oregon Convention Center, Literary Arts moved it to a variety of locations: the Portland Art Museum, Portland’5 Centers for the Arts, the Oregon Historical Society, the Old Church, and UCC. “We wanted to keep the things that made people love the festival and the big moves to downtown arts venues (out of the convention center) really made it a totally new festival in many ways,” said festival organizer Amanda Bullock. “My and Literary Arts’ vision has always been to ground the festival in Portland, to celebrate the city and showcase the Pacific Northwest and make the festival really feel like it could only happen here.” This year, Wordstock had The New York Times as a programming and media partner and featured over 100 authors and 43 stage events, as well as writing workshops (including free workshops for teens, teachers, and military veterans), pop up events, food trucks, and, for the second year in a row, Lit Crawl Portland.

Ten years ago, I attended my first Litquake in the Mission District of San Francisco, where I listened to a woman read her poems from atop a washing machine at the Mission Laundromat. That was, I suppose, a long time ago and a different city—here, The Cleaners refers to a ballroom in the Ace Hotel, where I was attending my second literary event of the night. Publisher and editor Janice Lee and I had rushed over from Graywolf’s party at Hotel Lucia, where we heard Erika L. Sánchez read from her newly-released collection. We were here for Words as Victim and Weapon: De-Canon, White Noise, and YesYes Books. The description included a quote from Robin Coste Lewis: “The history of English is inextricably tied to the history of war, to the history of empire; they cannot be separated. And hence our literature cannot be separated from these histories. Language is one of the most powerful weapons of war. It is also one of the war’s first victims.” It was standing room only as award-winning poet Danez Smith read. I can’t recall the last time poetry moved me to this extent. Smith’s words gave me chills, which did not let up; Consuelo Wise, her voice carrying grief, read poetry that centered on loss. The event closed with Mahogany L. Brown, and she captivated the audience as she recited “Black Girl Magic” from memory.

The last stop for the night was the Tin House after party, where the venue filled up quickly and the line for free drinks grew longer and longer. There were book publicists, directors of literary organizations, editors from magazines and, of course, writers. I attempted to tell someone about the previous event but couldn’t seem to do justice to the beautiful lines of poetry I had just heard. I made a mental note to bring a pen and paper to the following day’s readings and watched the crowd devolve into dancing as Smith took over the DJ stand with Morgan Parker and Tommy Pico.

I started the next day on the floor of the American Art Gallery listening to Shayla Lawson read work about Frank Ocean. This reading was organized by De-Canon, A Visibility Project, an organization that “wishes to challenge existing idea of what constitutes the Northern American literary canon.” Lawson stood in front of a painting of the ocean (William Trost Richards’ Marine) while music played softly. Afterwards, I made my way to the third floor and listened to Stephanie Adams Santos read from her Lambda Literary Award-nominated collection, Swarm Queen’s Crown.

I made sure to get to my first stage event of the day, OPB’s State of Wonder’s live show, an hour early. Venues quickly reached capacity—later, I heard that 1,000 people were turned away from the event featuring Ta-Nehisi Coates at the Arelene Schnitzer Concert Hall, which has 2,776 seats. I stood in a roped-off area, surrounded by art pieces and the clacking of typewriters (two writers typed free poems on typewriters for attendees nearby). The show was well worth the wait. It began with the creators of Welcome to Night Vale, Jeffrey Cranor and Joseph Fink. Fink said that the podcast (and spinoff book) began with him writing about “a town where every conspiracy theory was true and people just had to get on with their lives.” He added, “I think that’s something that is easy to connect to because we all live in a terrifying, confusing world and have to get on with our lives somehow.” All Hail, a Night Vale Live Show, will take place at the Arlene Schnitzer Concert Hall in Portland in December; I wondered if it was already sold out. Next, Aaron Scott interviewed poets Tommy Pico and Morgan Parker, who talked about their friendship and their New York-based reading series, Poets With Attitudes. When describing her attraction to Pico’s work, Parker said, “We love jokes. We understand the function of the joke as yes, a moment to create levity, but also a moment to add a lot of sharp objects to the poem.” Throughout the panel, they laughed, and the audience laughed with them.

I moved on the Winninstad theater to see The Body and Power: New Black Poetry, featuring Morgan Parker, Danez Smith, and Dawn Lundy Martin and moderated by Béalleka. The theatre was painted dark red and, like all the events I’ve been to so far, filled quickly. Before Smith read, they pointed out there were a few black people in the room. “This is the most black people I have seen in Portland,” they said, and thanked them individually for being in the room. The conversation shifted to the body and power. Parker mentioned that she has been called an Afro-Pessimist, but considers herself to be an Afro-Realist. She said There Are More Beautiful Things Than Beyoncé is her Iliad; it’s a hero’s journey with a heroic end. She said, “At the end, this bitch is still alive, and I don’t see anything pessimistic about it.” Martin talked about free spaces and feeling free. She said, “Afro-Pessimism doesn’t make any sense to me, because of all the spaces in which we feel free as black people, as queer people, as women. And there are a lot of them. There are a lot of those moments.”

From there, I went to the book fair in the Kridel Grand Ballroom at the Portland Art Museum. The room was filled with people buying and discussing books. I congratulated Daniel Gumbiner on his new position as the Managing Editor of the The Believer and spoke with Rare Bird Book’s Julia Callahan. I was introduced to Clash Book’s Leza Cantora and learned about her creating and publishing work in Portland. I stopped by Catapult’s table and admired Counterpoint’s Eve Babitz-inspired tote bag—bright yellow with the words SEX AND RAGE in bright red lettering. Before I left, I stopped by the Oregon State University MFA table and said hello to two fellow MFA students who were working the booth. I enjoyed seeing people I knew and meeting new people, the flurry and excitement of the past two days, but I was ready to head to rainy Corvallis, cozy up with the books I bought, and make like my usual hermit self.

Zoë Ruiz’s writing has appeared or is forthcoming in The Believer, Salon, The Rumpus, Marketplace, The Millions, and The Rattling Wall, among other places. Her writing has been included in the anthologies California Prose Directory, Rooted, and Golden State Writing. Earlier this year, she was the Festival Coordinator for The Believer's Literary Festival in Vegas. Currently she is pursuing her MFA in fiction at Oregon State University.

Of Working Women in Madrid, and the Lives of Artists

Why Exactly is This Book Obscene? (Skip to the Dirty Bits) 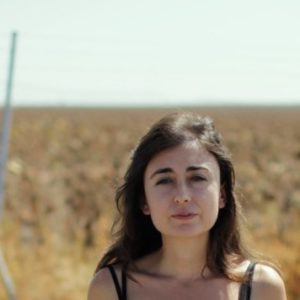 Of Working Women in Madrid, and the Lives of Artists

Elvira Navarro and Carlos Labbé—both named by Granta as among the “Best Young Spanish-Language Novelists”—have come...
© LitHub
Back to top
Loading Comments...