TODAY: In 1718, Voltaire‘s first play, Oedipus, premières at the Comédie-Française in Paris. This is his first use of the pseudonym.

The winners of the 2017 National Book Awards (and a report from the festivities) · Rebecca Solnit: Let this flood of women’s stories never cease · Susan Sontag on being a writer: “You have to be obsessed” · Beyond The Handmaid’s Tale: 30 dystopian novels by and about women · You can never go back: On loving children’s books as an adult · Orhan Pamuk on taking photographs in Istanbul · The high drama of small towns: A glimpse at the violent truth behind rural noir · What we can learn from multiple translations of the same poem · Latin America’s answer to Karl Ove Knausgaard: On Ricardo Piglia and his alter ego, Emilio Renzi · I was already leaving Florida when I arrived: Lidia Yuknavitch on abuse and love · What George Orwell wrote about the dangers of nationalism
This week on Book Marks:
What critics said about every fiction and nonfiction finalist for the National Book Awards · On Gabriel García Márquez’s The Autumn of the Patriarch, a portrait of the pathological fascist tyrant · Book critic Ilana Masad on the shrinking of the industry and the pros and cons of literary social media · The sober, searing, and cynical nature of J. M. Coetzee’s Disgrace · Jonathan Lethem calls Kevin Young’s Bunk “a panorama, a rumination and a polemic at once” · The confidence of a conscious genius: An 1861 review of Dickens’ Great Expectations · Space operas, fake news, and more: the best-reviewed books of the week
Lit Hub Daily
Share: 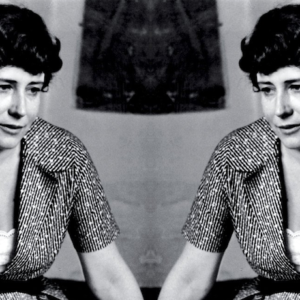 Garth Risk Hallberg on updating his novella—ten years later. | Literary Hub How a German writer made (uneasy)...
© LitHub
Back to top