Patrik Svensson on the mysteries of the European eel • Meredith Talusan on race, drag, and transitions • Szczepan Twardoch on our need to give meaning to catastrophe • On the life and times of Fred Birchmore, pioneering sportsman who cycled around the world • When all of New York City stopped reading the news at once • The letter that changed Emily Dickinson’s life • Rebecca Spang on restaurant culture amid the 1918 pandemic • John Barth deserves a serious reassessment: John Domini rereads the author of The Sot-Weed Factor • Women who did what they wanted: A reading list • The story of urban resilience is a capitalist convenience: Mark Jay and Philip Conklin on the narrative around Detroit •  Nick Ripatrazone talks to English teacher Matt Carton about structure, music, and vocation • Marta Bausells on the unseen work of Dorothea Lange, American master • The long-buried correspondence of Eileen Alexander reveals a feminist vision of war • Build those TBR piles ever higher with round ten of our personalized quarantine book recommendations • Amid the pandemic, the Book Industry Charitable Foundation has never been busier • Find a little beauty in the best book covers of May

The Shining, Matilda, Long Live the Tribe of Fatherless Girls, and more rapid-fire book recs from Kristen Arnett • Beloved, The Remains of the Day, The Master and Margarita, and more rapid-fire book recs from Téa Obreht • From The Sympathizer to The Incendiaries, Katie Yee recommends 25 Books by Asian-American and Pacific Islander writers to read right now • J.K. Rowling has a new book, George R. R. Martin bought a railway, and more book news on The Week in Books • From the archives: Marilynne Robinson’s 1988 review of Raymond Carver’s Where I’m Calling From • New titles from J. M. Coetzee, Elliot Ackerman, Meredith Talusan, and Michael Connelly all feature among the Best Reviewed Books of the Week

5 debut crime and mystery novels to check out this May • Martin Edwards on the enduring popularity of traditional mysteries • Lisa Braxton on the literature of neighborhoods in peril • “ Fiction is the act of forging a myth” Laird Barron on noir fiction and capturing the essence of reality • Paul Renfro on stranger danger and the specter of childhood • Read a roundtable discussion on diversity in crime fiction in honor of the Eleanor Taylor Bland Award • Olivia Rutigliano takes us into the copyright battle that that gave cinematic birth to Dracula • Tracy Clark introduces 8 fictional divas in desperate need of a reality check • Richard Z. Santos looks into the abyss of Bob Dylan’s apocalyptic visions • Peter Carlaftes on building community out of noir story anthologies in times of crisis

Behind the Mic: On Temptations by Otis Williams and Patricia Romanowski, Read by the Author and JD Jackson 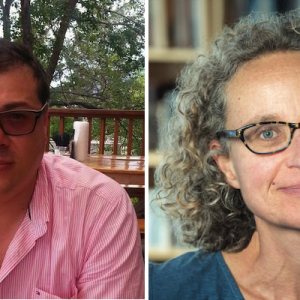 On this episode of Rekindled, hosted by Green Apple Books, ZYZZYVA editor Oscar Villalon speaks with Anne Raeff about her new book,...
© LitHub
Back to top