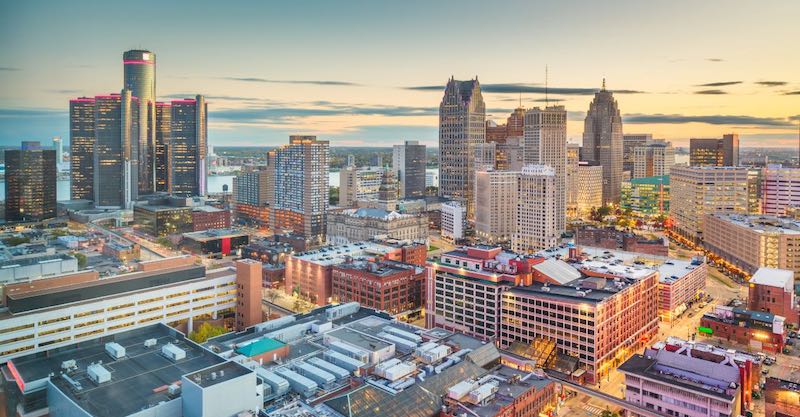 The Story of Urban Resilience is a Capitalist Convenience

Mark Jay and Philip Conklin on the Narrative Around Detroit

By Mark Jay and Philip Conklin

Post-9/11 politics, according to the Marxist scholar Mark Neocleous, have been defined by the triad anxiety-trauma-resilience, which has become the framework to understand everything from ecology to natural disasters, psychology, urban planning, national security, corporate management, parenting, and all that is in between:

The state now assumes that one of its key tasks is to imagine the worst-case scenario, the coming catastrophe, the crisis to come, the looming war attack, the emergency that could happen, might happen and probably will happen, all in order to be better prepared. Resilience is nothing if not an apprehension of the future, but a future imagined as disaster/attack and then, more importantly, recovery from the disaster/ attack.

The concept of resilience also reigns in the economic arena. In financial institutions such as the World Bank and the IMF, the doctrine of resilience has become crucial. The key assumption of this type of thinking is that economies, and economic subjects, must be made more resilient in a situation of global market volatility.

Detroiters have had to find a way to get by on their own, without the traditional supports of city services and secure jobs.

Resilience evacuates politics. By always anticipating the traumatic event to come, resilience forecloses the possibility for a political mobilization that would imagine a future in which traumatic disasters would not so readily occur. “We can be individually anxious about the state of the world and about what might happen but our response must be resilience-training, not political struggle.”

Resilience is a buzzword in contemporary Detroit. Although this is in some sense nothing new—decades ago, Coleman Young claimed that Detroit was “the most resilient city in America”—the concept seems to have come into fashion especially since the city’s supposed revival and can be seen as underpinning the city’s ability to have apparently bounced back from years of decline and neglect.

Recall that the city’s motto is “We hope for better things. It shall rise from the ashes.” Resilience appears everywhere that people are talking about the city. The promotional video made by Dan Gilbert’s company as part of its bid to host Amazon’s second headquarters calls Detroiters “the most resilient people on the planet.” A Huffington Post article claims, “Together, Detroit’s citizens and its leaders are revealing a new playbook for building and rebuilding resilient communities in America.”

A local artist is quoted in the New York Times saying, “People often use the word ‘revitalization’ in Detroit, but I think of resilience.” Dennis Archer Jr., son of the former mayor, says of the city, “We’re resilient. We’re going to win.” An article on the website of the World Bank on the topic is titled “Detroit’s Future City Framework Offers Lessons on Resilience.” One economist sees in Detroit “resilience in action.” The planning director of the City of Detroit gave a presentation in July 2017 called “Putting Design to Work: How Design Is Building a Resilient Detroit.” In a 2015 exhibit at the Detroit Institute of Arts on Frida Kahlo and Diego Rivera, NPR sees “A Portrait of a Resilient City.”

Where did this resilience come from? Thanks to its history as the manufacturing hub of the world, Detroit is perceived as hard-working, epitomizing the blue-collar, midwestern work ethic. And because of years of neglect and hardship, Detroiters have had to find a way to get by on their own, without the traditional supports of city services and secure jobs. “Detroit hustles harder.” Journalists admire the “survivalist spirit of Detroit,” the ability of its people, the city’s greatest asset, to “adapt.”

One can’t help but think that resilience is just another way to romanticize poverty.

Many, even those with no connection to the city, seem to find themselves rooting for Motown. Detroit is a sort of analogy for the fortunes of the country in general, the poster child for processes that have transformed urban life across America. As one writer put it, “If New York is a measure of our financial might and Los Angeles a yardstick for our imagination, Detroit is a gauge of our soul.”

Certainly there is truth to these sentiments. Detroit has experienced the worst of the myriad crises plaguing American cities. It ranks near the top on most every metric of urban despair. Despite this, many in the city still thrive, still make do on their own, with the support of their community. However, one is left to wonder, what choice is there other than resilience? Resilience seems to indicate nothing other than an attempt to positively frame the creative destruction that has crushed the city.

Certainly Detroiters are resilient, but how many have been laid off, imprisoned, beaten by police, had their welfare slashed, been blamed for their own hardship, had their water shut off, their schools closed, their neighborhoods decimated in the name of austerity while Downtown flourishes? Sure, Detroiters are resilient. But what is the alternative? Death? Sheer destruction? One can’t help but think that resilience is just another way to romanticize poverty. Given the choice between resilience and prosperity, comfort, and stability, it’s obvious which option most Detroiters would choose.

Resilience becomes the ultimate goal of human social relations only within a political-economic system that continually reproduces crises and continually asks the working classes to pay for the cost of those crises. We have seen what resilience has meant in the history of Detroit. The question now is how to avoid the resilience that will become necessary in the future. 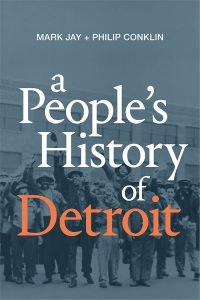 Excerpt is from A People’s History of Detroit by Mark Jay and Philip Conklin, copyright Duke University Press 2020.

Mark Jay is a PhD candidate in sociology at the University of California, Santa Barbara. He is co-editor, along with Philip Conklin, of the literary and political magazine The Periphery.

Philip Conklin is a PhD student in the History of Consciousness at the University of California, Santa Cruz. 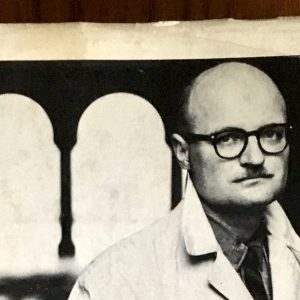