On a remote Arctic island, Barry Lopez contemplates the hard questions of humanity’s survival, plus Barry Lopez and Charles Simic, in conversation, on a 1972 road trip • Thomas E. Ricks on life in an Updike novel • Sandra Newman on writing sex for money • The long tradition of literary allusions in hip-hop • Meet the man brought to trial for “High Crimes and Misdemeanors” against the English language • Some relentlessly cheery writing advice from Philip Roth • The island that inspired Conrad and Lawrence’s queerest characters • On the inevitability of the Big One along the San Andreas Fault •

Writing poetry to find a father worth grieving • How Japan almost lost a national symbol to extinction • James Baldwin: “I never intended to become an essayist” • What Joe Wilkins wishes his children could learn from his rural upbringing • Andrea Dworkin’s argument against punctuation • What Lynn Tillman thinks about while making tea in the morning • The quest to acquire the most beautiful Gutenberg Bible of them all—also known as the oldest, most expensive book on the planet • On the lesser known life behind “The Yellow Wallpaper” • When you’re a writer who can’t afford a room of their own • Aldous Huxley foresaw America’s pill addiction with eerie accuracy • A dispatch from the Netherlands’ glamorous Boekenweek, where writers are treated like movie stars • T Kira Madden is not interested in writing as therapy • When 80 famous writers published their first (and last) books. OR: who has had the longest career

Subscribe to the new Book Marks Bulletin for reviews, news, pre-publication giveaways, and more!
The first reviews of John Updike’s “Rabbit” novels: from Rabbit, Run to Rabbit at Rest, and beyond • Arctic Dreams and Horizon author Barry Lopez recommends five books about traveling the world • This week in Secrets of the Book  Critics: Anita Felicelli on Don Quixote, Zadie Smith, and Democratizing Book Criticism • The winners of the Lukas Prize Project Awards for nonfiction have been announced • Zinzi Clemmons on Zora and Langston, Robert Macfarlane on Barry Lopez, and more of the Book Reviews You Need to Read This Week • Siri Hustvedt’s Memories of the Future: a playground of ideas OR one long blog post? •  New titles from Siri Hustvedt, Barry Lopez, Laurie Halse Anderson, and more all feature among the best reviewed books of the week

“Gentrification is choking the living hell out of noir cities.” Adam Abramowitz on noir in the era of gentrification • S.C. Perkins recommends 6 thrillers where past and present crimes are connected • When sadness seeps into the woodwork: Vanessa Savage on hauntings, memories, and psychological thrillers • Elisabeth Elo looks at 5 great thrillers set in Eastern Europe • Laura Benedict leads us on a tour through classic literature’s darkest hearts, from Dorian Gray to Tom Ripley • Sex, scandal, and swank: Guy Bolton’s guide to Los Angeles hotels in the Golden Age of mobsters and movie stars • Michelle Adams recommends five thrillers in which unreliable memories are key to unraveling the mystery • Don’t miss March’s best new thrillers

• Get ready for “The Act,” Hulu’s new true crime drama about Gypsy Rose Blanchard • Carla Buckley rounds up 9 books where women confront the most awesome opponent of all: nature • Spring is here! Time to read some debuts and celebrate a growing genre •Up next on the world tour of crime fiction: Helsinki • Gianni Russo, Carlo Rizzi from “The Godfather,” on his stint as a Las Vegas hotel magnate • Alma Katsu on the irresistible allure of writing about the famous dead • Kirby charts the long tradition of setting thrillers in psychiatric hospitals and asylums, from The Woman in White toShutter Island
Lit Hub Daily
Share: 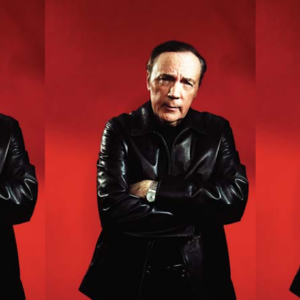 When 80 famous writers published their first (and last) books. OR: who has had the longest career. | Lit Hub “Writing,...
© LitHub
Back to top